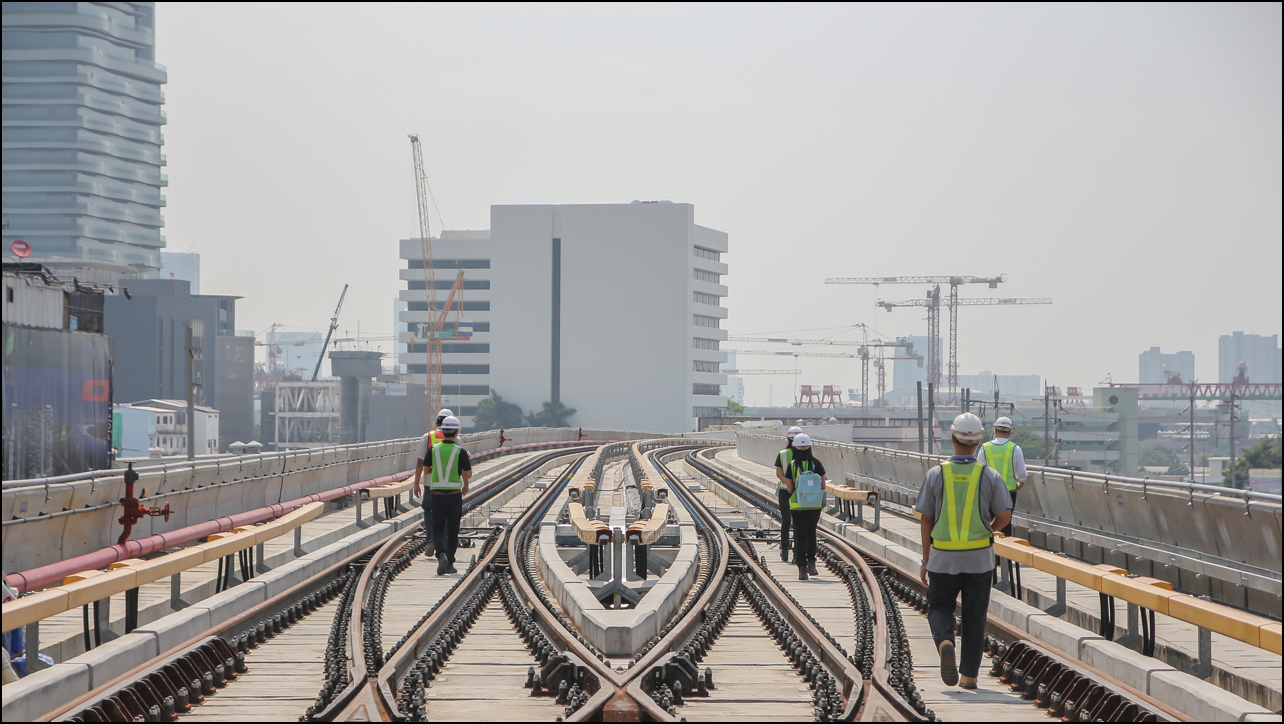 These rising industry stars are making an impact in their respective fields, and represent the “best of the best”.

“I was, once again, impressed with the number of excellent submissions this year,” said Little. “These young people have made significant impressions to establish their careers, and to be respected, contributing members of their local communities.” 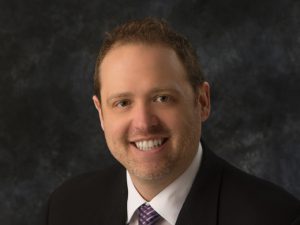 When railroads want to “put their money under the wheels,” they turn to service providers such as Herzog. The ballast specialist relies on the experience and professionalism of Ryan Crawford to handle the challenge of managing ballast on a railway operating 31 high speed trains 24 hours a day, seven days a week, 365 days a year. Over the past six years, Crawford has expanded the staff at Herzog Ballast Group from 35 employees to 70, all the while managing a fleet of 3,800 maintenance-of-way railcars on a daily basis. As part of the team tasked with serving Herzog’s customers, Crawford also believes that responsibility goes hand in hand with a larger goal of continuing to introduce new technology to the industry. Crawford works with AREMA Committee 1 – Roadway & Ballast Track Functional Group, which is responsible for the development and publication of recommended practices and information relating to a range of ballast issues. Outside of work, Crawford volunteers with the Platt County School District Parent Association, and is certified in CPR. 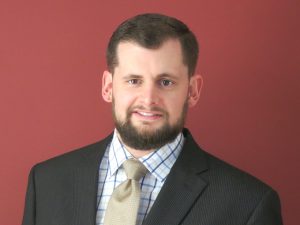 From the beginning of his career crewing freight trains as an entrée into the business, Greg Deibler has worn his enthusiasm for the industry on his sleeve. His goal is, and seems to have always been, to serve as a Chief Operating Officer for a Class I. Armed with experience and perspective from the freight and passenger sides of the industry, he is constantly brainstorming innovative ideas for projects and programs, following the larger picture and asking questions about what other operators are doing. At VRE, Deibler has developed a strong first-responder rail incident safety training program including realistic and challenging full-scale exercises with partners Amtrak, CSX and Norfolk Southern, earning the program a Gold Award from the American Public Transportation Association. Outside of work, Deibler developed a fundraising plan selling craft soda in the region to supplement grant funding to restore and establish a heritage museum at the Lehigh Valley’s former Sayre, Pa., depot, and is a member of its board of directors. 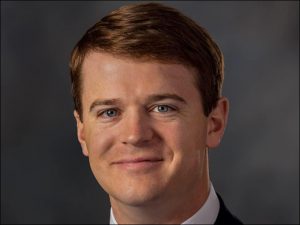 Described as “an ideal employee and young person climbing the ranks in the railroad industry,“ William Downey studied communications at the University of Kentucky. He won numerous awards starting out in business development for RJ Corman Group. His experience spending long days on the road establishing working relationships with customers in support of Corman’s initiatives led Downey to work with the company to create his current position. He travels the United States to meet with lawmakers, to help make laws and regulations more fair, competitive and safe for all railroad employees. He forges relationships with government officials who can help educate, lead and enforce railroad initiatives for years to come. A leader in the workplace, Downey has been active in local boards and leadership programs, and is a candidate for Magistrate on the Fiscal Court in Woodford County, Ky., where he lives with his wife, Emily, and their daughter, Amelia. 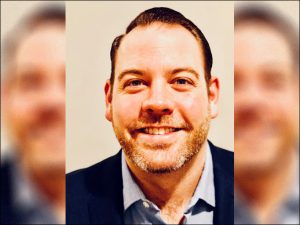 Noah Heulitt was appointed General Manager of NJ Transit’s Bombardier-operated RiverLINE light rail in 2015. Since he had joined the company only a few years earlier, the decision was met with initial skepticism from internal and external stakeholders. However, Heulitt succeeded by relying on input from his team as well as on his own judgment, being creative in his approach to traditional railroad issues to optimize processes, and leading by example. He has also demonstrated a strong commitment to customer service by bringing a lean manufacturing mindset from his prior experience in steel production. Safety has been a leading management priority for Heulitt. As a result, the light rail team has gone 4,710 days (as of Jan. 3, 2018) without a lost time accident. He led a project to reduce the line’s DMU emissions, earning a grant from the Delaware Valley Regional Planning Commission to retrofit the fleet. In the community, Heulitt teamed up with NJT, Cooper University Hospital and the Ronald McDonald House of Southern New Jersey to create a Polar Express Train for 20 children and their families. 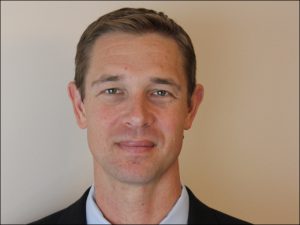 Aage Lindstad has been instrumental in improving railroad efficiency not only at G&W but for the industry. With his leadership, the G&W North America customer service team achieved a record 96% automation level in 2017. When G&W doubled in size with the RailAmerica acquisition in 2013, Lindstad drove the successful integration of RailAmerica’s customer service center into G&W’s customer service operations. As a RailAmerica employee prior to acquisition, Lindstad helped RailAmerica’s customer service team transition from 0% automation to 92% automation in just three years’ time. Lindstad would like to serve in a senior leadership role that focuses on continuous improvement in processes and technology, delivering an even greater experience for internal and external customers. He has a true passion for continuous improvement and approaches each automation challenge with enthusiasm and determination. Lindstad is an authorized volunteer for Operation Lifesaver, and a congregant of the Shepherd of the Woods Lutheran Church Council in Jacksonville, Fla. 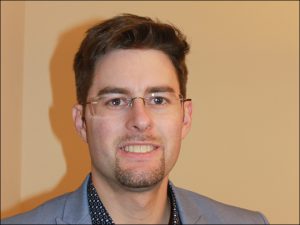 In the short time Kyle Mulligan has been with CP, he’s become an up-and-coming leader in the wayside detection field. He has focused on improving safety and operational efficiency by implementing systems that predictively identify safety concerns, and his work helped reduce road setouts by 91%. Mulligan developed a novel patent-pending algorithm that uses acoustic bearing detector (ABD) technology to predict on-line railcar roller bearing failures. He formed a close working relationship with CP’s Information Technology department and, through his cooperative leadership style, managed to direct the team to deliver results on time and on budget. Mulligan trained and qualified as a locomotive engineer and freight car inspector, and has used this first-hand experience to further understand impacts of his systems on operations in the field. He earned CP’s CEO Award in 2017, and is a mentor with FIRST, a group that inspires young people’s interest and participation in science and technology. Mulligan volunteers as an engineer for CP’s kiddie train and with Grow Calgary, Canada’s largest community farm. 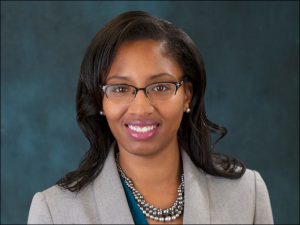 With 10 years at NS, Jaqueline Peets-Graves began her career as a management trainee and assistant trainmaster, and has worked in three departments within the company. As a planning manager, she handles projects that add velocity, fluidity and capacity to the network. This includes coordinating public-private partnerships with municipalities and working cross-departmentally to identify and coordinate sound investments in the NS infrastructure. She is also responsible for recommending objectives and strategies to senior management in order to develop the overall corporate direction to achieve Norfolk Southern’s vision. She has led two Employee Resource Groups, YoungNS and The J. Whitaker Group, where she used her platform to help foster a diverse and inclusive workplace aligned with Norfolk Southern’s mission and values. As a then-single mother, Peets-Graves was a first-generation college graduate and in May will earn a graduate degree. Now the wife of a fellow NS employee, she balances her career with raising a teenage daughter and preschool son. 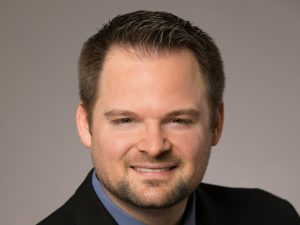 David Strezo started in 2003 as a data entry clerk working for OmniTRAX at the CSX Intermodal ramp on the south side of Chicago. After six promotions and a relocation to corporate headquarters in Denver, he now serves as Vice President of Customer Service and Network Operations for all 21 OmniTRAX-managed railroads. Tasked to transform the OmniTRAX customer service team to become more proactive and support the company’s slogan “Rail Made Easy,” Strezo over the course of a few months led the redesign of the organization, created an account management team with defined geographic and customer assignments, and developed training and management processes to radically transform performance. Strezo has established a strong working relationship with GE Transportation, and over the past five years, OmniTRAX has been the recipient of five GE Fast-Track awards in which he either led the activity or played a significant role in the implementation. A youth sports coach, Strezo his wife Tabitha make their home in Aurora, Colo., with their children Payton, MJ, and Mia. 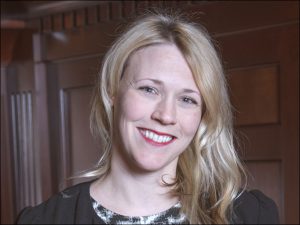 Since joining KCS in 2008, Ashley Thorne has held progressive roles within Insurance & Risk Management, Finance & Financial Planning and Analysis and Investor Relations, and was promoted to her current position in 2017. She believes the key to overcoming obstacles is to maintain a perspective that all challenges are opportunities to improve. Shortly after accepting the position of Insurance Manager in 2010, Hurricane Alex damaged portions of KCS’s network in Mexico. Despite being new to her position, Thorne managed the $66.5 million insurance recovery. This effort required collaboration between multiple departments including Finance, Marketing and Operations, and she also maintained constant communication and coordination with the insurance community. The claim was ultimately resolved and Thorne developed a deeper appreciation of the complexities of the rail network. As FP&A Director, Thorne took her diverse view of KCS and the industry and applied it the financial planning process, empowering her team to work independently, promoting cross-functional collaboration. 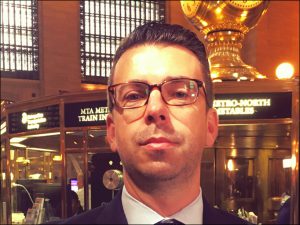 Following incidents at Metro-North from 2012-14, Justin Vonashek was brought in to lead the Office of System Safety and change the safety culture. With his goal to make Metro-North the safest railroad in the nation, his team of 58 has grown exponentially, implementing safety programs and developing a partnership with the Operations Department. He has shown how the Office is a partner to assist with, rather than point out, “gotcha” issues. Vonashek led development of a community outreach program to improve grade crossing and rail safety called TRACKS (Together Railroads and Communities Keeping Safe). TRACKS, which began 18 months ago, has reached more than 125,000 members of the general public. Vonashek is consistently working to find ways to reduce suicides and improve mental health—important issues that impact the railroad. He has worked closely with the Mental Health Association of NYC and National Suicide Lifeline Center to develop and implement a suicide awareness campaign. Vonashek’s personal goal is to someday move up within Metro-North to senior vice president or president. 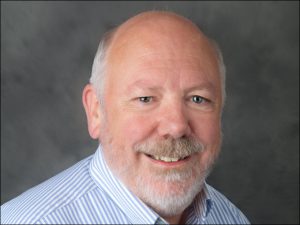