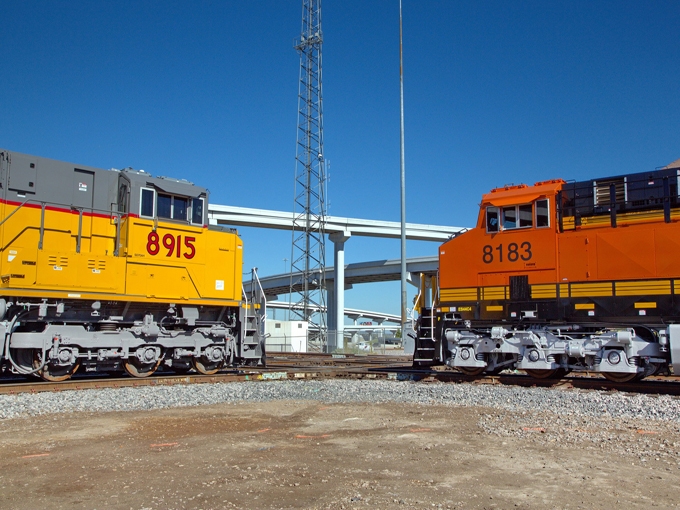 The American Railway Engineering and Maintenance-of-Way Association (AREMA) will hold its 2015 Annual Conference as part of Railway Interchange 2015, Oct. 4-7, in Minneapolis, Minn.

AREMA and the Coordinated Mechanical Association will join for a combined general session on Monday, Oct. 5, which will feature a keynote address by Robert J. O’Neill, team leader, U.S. Navy Special Warfare Development Group. O’Neill’s speech is titled “Never Quit,” which is his personal mantra and the single-most important factor in what he believes determines success.

Additional highlights of the combined general session will be the presentation of the 2015 Dr. William W. Hay Award for Excellence, AREMA Scholarship announcements and a State of the Association update from AREMA President Randy Bowman.

Norfolk Southern’s Mark Dewberry will kick things off with an Engineering Services presentation on the construction and expansion of Moorman Yard, formerly Bellevue Yard. This presentation will build upon NS’s 2013 AREMA Technical Conference presentation that focused on the design and permitting challenges of this major $150 million project and will provide a detailed overview of the construction phase. Dewberry says the presentation will also provide the next generation of railway design professionals a clear understanding of the general purpose and need for this type of rail facility, as well as an understanding of how the key elements of a hump classification yard function.

SEPTA’s Anthony Fazio and Amtrak’s Lester DeLago will then present a review of safety control and indication systems for railway movable bridges for the Communications & Signals presentation. Fazio and DeLago will evaluate an advanced control and indicating system for moveable bridges. Specifically, the pair will detail the systems that have been installed and maintained during the past 30 years at Amtrak’s Portal Bridge. Portal Bridge is a swing type bridge over the Hackensack River that was commissioned for revenue service in 1910 by the Pennsylvania Railroad and accommodates more than 450 trains per day. The bridge structure underwent a complete track, signal and bridge rehabilitation by Amtrak in 1983. Various upgrades have been made since that time, but maintenance is still described as extensive. Fazio and DeLago will discuss the bridge control system and the train control system, as well as integration of the two.

BNSF and Union Pacific will outline their joint effort on the Tower 55 Multimodal Improvement Project for the Track presentation. Tower 55, located in downtown Fort Worth, Tex., is one of the busiest and most heavily congested rail intersections in the country, with more than 100 UP, BNSF and Amtrak movements operating through the intersection on a daily basis. At-grade crossings between east/west and north/south main lines constrained train movement and resulted in substantial train delays. The two railroads partnered with the Texas Department of Transportation on a multi-phase project that closed a trio of at-grade crossings, added capacity and improved emergency vehicle access for the surrounding neighborhoods. The project added a third north-south main line through the interlocking. Switches and sidings were installed and signaling and control systems were modernized. The project was completed in August 2014, resulting in motorist and pedestrian delays being reduced by an estimated 100,000 hours annually, and the railroads experiencing increased fluidity and throughput capacity.

The Structures presentation will cover the Robinson Creek Tunnel Fire Emergency Response. Randall Zeiger with AMEC Foster Wheeler and Angela Johnson with CSX Transportation will detail the response and recovery following the April 26, 2014 fire of the timber-lined tunnel near Robinson Creek, Ky., that cut off service to two active coal mines. AMEC was asked by CSX to respond to this emergency, focusing on safely extinguishing the fire and possibly restoring rail service to the mines. This task was wrought with various technical, environmental and health and safety challenges. The scope included leading the firefighting team, managing air quality, managing water quality, and reducing personal risks while working in a hazardous work environment. Once the fire was extinguished, the project team developed a phased approach toward opening and rehabilitating the tunnel.

Dr. John Gregory Green of Hatch Mott MacDonald, Francis Miller of Jacobs Engineering and Dr. Hualiang Teng of the University of Nevada-Las Vegas will present their paper, “Comparative Research on the Engineering & Economics of U.S. and International High Speed Rail (HSR) Standards” for the Passenger & Transit presentation. The authors say that “as high speed passenger rail systems develop around the world, standardization of vehicle technologies and infrastructure could bring about cost efficiencies for system operators.”

This presentation is aimed at building on the work of a 2013 Federal Railroad Administration (FRA) report comparing FRA regulations to international high-speed rail standards regarding operational safety. The presentation will compare and contrast international design standards and guidance with various U.S. HSR systems, including the Amtrak Northeast Corridor experience and proposed networks, such as California High Speed Rail. As part of the comparing and contrasting process, the forces and stresses involved in the interaction between a system’s vehicles and standard track infrastructure will be studied. The paper will review information from various U.S. agencies, the European Union, Japan and China. The final presentation for Monday will be on maintenance. Edwin Frazier, Jr., of HDR Engineering, Inc., will outline the management of safety and security training challenges. He will discuss the dilemma of satisfying what he calls “disparate safety and security training requirements” and will offer recommendations to simplify the process by providing proven techniques to navigate sometimes confusing training options. He will address three principal forms of training mandated by multiple agencies—e-RailSafe security, roadway worker protection or on-track safety, and railroad safety orientation. Each has idiosyncrasies to consider. Frazier says, “Railroad contractors in multiple subject matter tracks will benefit from the information and techniques in this paper as they satisfy safety and security training requirements for multiple railroads.”

AREMA will hold its closing general session on Wednesday, Oct. 7, with the installation of its 2015-2016 officers, an industry update from Wall Street analyst Tony Hatch and six technical presentations.

“This project balanced numerous engineering challenges and opportunities for unique design solutions in an urban environment while managing the funding requirements of several public agencies and differing needs of individual stakeholders,” say the presenters. “The focus of this flyover is to carry Metra trains over NS, but also includes bridges over five city streets, 14 lanes of the Dan Ryan Expressway (I-90/94) and CTA Red Line. The 1.2-mile project included design and construction challenges in an industrial and residential neighborhood, and it was accomplished without requiring the acquisition of any permanent right-of- way and while keeping all tracks in service.”

Attendees will then hear a Track presentation from David D. Davis of Transportation Technology Center, Inc., titled “Evaluation of the Potential Benefits of Superelevation for Main Line Turnouts in Heavy-Axle-Load Service.”

Davis will describe a project where the alignment of a typical AREMA-style turnout was modified to reduce lateral loads at switch points by reducing the entry angle. In the first modification, the entry angle was reduced by incorporating several circular curve segments of different radii. In addition, in the second modification, superelevation was incorporated in the diverging route by lowering the low rail. Dynamic vehicle simulations were conducted using NUCARS®, and the results were compared with standard AREMA turnouts.

Davis will detail the results, which show that various types of vehicles can run through the diverging route of the turnouts at or very close to the design speed of rest of the tangent track. Lateral to vertical (L/V) ratios were reduced significantly, and both modifications stay within the dimensions of the current standard AREMA No. 24 turnout.

The Communications & Signals presentation will look at concepts concerning automation and technological integration in the aviation industry during the past three decades and how they may be applied to the rail industry with the implementation of Positive Train Control. Dr. Greg Placencia of the University of Southern California will outline several of these lessons and will establish the potential for harvesting others for the rail industry. He will touch on potential dangers for train operators, such as diminished situational awareness and automation overreliance, and how to adapt lessons learned from catastrophes in other industries in order to establish high reliability and safety within an increasingly automated rail industry.

The Engineering Services Presentation will take on the issue of recruiting the next generation of railroad professionals. Dr. Pasi Lautala, Michigan Technological University, and Dr. Dimitris Rizos, University of South Carolina, will detail the National University Rail (NURail) Center activities. The NURail Center is a rail-focused university transportation center that provides education, workforce development and outreach activities. The presentation will also discuss potential pathways to effectively align the NURail Center’s efforts to steer students toward rail careers with industry efforts in recruiting them.

The Maintenance presentation will detail CSX’s efforts to fight rail seat abrasion in concrete crossties. CSX’s Mark Austin will discuss what situations lead to rail seat abrasion, as well as the railroad’s various repair methods, beginning with the use of “sunshine gangs” that used an epoxy applied only during dry weather that has since evolved.

The AREMA Conference’s final presentation will be Passenger & Transit. Alex Lawrason and John Parola of HNTB Corp. will present their paper, “Rehabilitation of the PATCO Commuter Tracks Across The Ben Franklin Bridge.” The $103 million reconstruction of the tracks is still in progress, but most train and automobile traffic has returned to normal as the most disruptive work has finished. The majority of the civil track work is complete, but replacement of new traction power, signal and communication equipment will continue until late 2015. In an effort to bring the track structure to a state of good repair during a four-month period, schedules and work windows were established to allow continuous work on one track at a time. The contractor worked 24/7 for four months to replace both tracks, including 9,000 timber crossties, 6 miles of rail, 120 steel beams, 1,000 feet of concrete plinth direct-fixation track and lead paint abatement/coating. In addition to the 12 general session technical presentations, AREMA will hold Function Group Sessions on Tuesday, Oct. 6 in six different tracks: Communications & Signals, Engineering Services, Maintenance, Passenger & Transit, Structures, and Track.