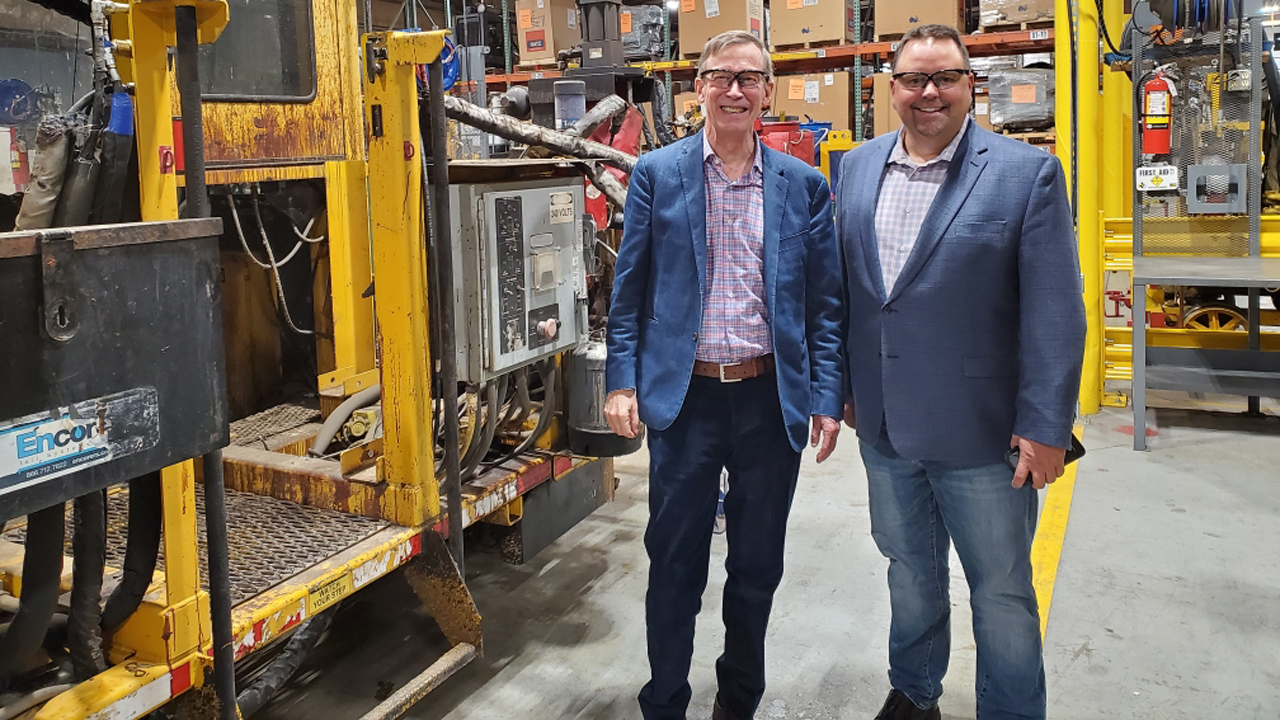 Hickenlooper served as Governor of Colorado for eight years from 2011 to 2019, and as mayor of Denver from 2003 to 2011. He was a previous chairman of the National Governors Association and oversaw wide bipartisan support during his time in public office. Before his time in public service, Hickenlooper was a successful small business owner who opened one of the first brewpubs in the United States. In August, he announced his campaign to run for the United States Senate in 2020.

In Colorado, rail suppliers employ more than 2,300 people, while 13 freight railroads operate and maintain more than 2,800 miles of track that employ nearly 2,350 people.

Encore Rail Systems has been in the railroad crosstie remediation industry for more than 20 years and is solely dedicated to crosstie protection and maintenance.

“Thanks to Encore Rail Systems for the warm welcome and informative tour today,” said Hickenlooper. “I always enjoy seeing innovative Colorado businesses first-hand and hearing directly about the issues that matter to them. Investing in and modernizing our infrastructure nationwide is absolutely essential to our ability to compete in the 21st century economy and combat climate change, and I appreciated hearing their perspective on how we can tackle those challenges.”

“Encore Rail Systems was honored to host Governor Hickenlooper and his staff at our headquarters in Broomfield, Colorado,” said Encore Vice President and General Manager Greg Spilker. “We are proud to showcase our products and services, our new facility and the great employees we have. Encore and rail suppliers play a major role supporting the nation’s economy, and we are excited to tell that story. Encore provides good jobs and spends a significant amount of money locally in support of our business.”