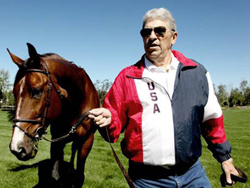 E. Hunter Harrison is gone. Railway Age’s twice-honored Railroader of the Year (2002 and 2015) died on Saturday, Dec. 16, in Wellington, Fla., from what CSX, the railroad that ultimately became the last stop in a long and distinguished career, attributed to “unexpectedly severe complications from a recent illness.” He was only 73.

Only the day before his death had the surprise announcement come from CSX that Hunter had been placed on medical leave. He had indeed been ill for quite some time, requiring supplemental oxygen, as he was suffering from emphysema. But few probably knew the extent of just how ill he was. Hunter leaves behind his wife Jeannie, who he married at the tender young age of 18, two daughters, and a railroading legacy that will endure, despite that the last year of his career was not the best of his years.

No matter. One does not measure a life solely in terms of “what have you done for me lately,” which I believe is the approach of the activist investors who positioned Hunter as their means to an end. 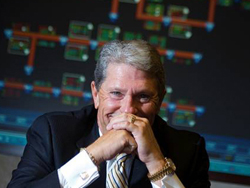 CSX, upon issuing a statement late Saturday expressing “great sadness,” “major loss,” and “deepest sympathies,” and describing Hunter as “a larger-than-life figure who brought his remarkable passion, experience and energy in railroading to CSX,” found it necessary to say something to appease its shareholders, some of whom may feel that they have been shortchanged: “The Board will continue to consider in a deliberative way how best to maximize CSX’s performance over the long term.”

Really? Hunter deserves better than that.

I think Keith Creel, whom Hunter mentored for many years, expressed it best in these heartfelt words: 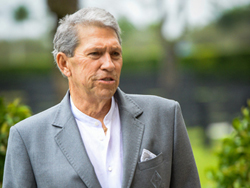 “Personally, today I lost a friend and a mentor. I spent most of the past 25 years working closely with Hunter. Over that time, he taught me how to railroad, but more than that, he taught me how to be a leader. Professionally, Hunter was unmatched in this industry. He will go down as the best railroader ever, plain and simple. What he has done at multiple railroads and for our industry the past 50-plus years is incredible, which includes bringing CP back to its rightful place among leaders in the Class I space in what some have called the greatest corporate turnaround in history. His legacy will be felt at our company forever, not only by shareholders, but by employees and customers who have all benefited from his leadership, foresight and tenacity. The foundation he built at CP, and at all the other railroads he led, serves us, and the industry, well for the future.

“While Hunter will be remembered in history books as the best railroader there was, I will remember him first as a friend with a loving and giving heart, then as a tremendous, visionary leader who always challenged the status quo. His greatest legacy is not the railroads he changed for the better, but the family and friends he left behind that are all blessed to have known and loved him. We grieve with them in the tremendous loss of a one-of-a-kind railroader and even better person, Mr. E. Hunter Harrison.”

Today, and probably for a while more, the Canadian or U.S. flags that fly on the Canadian Pacific network will fly at half-mast in Hunter’s honor.

Yes, I know what some of you are thinking: I’m sugarcoating things. So here are a few differing views: 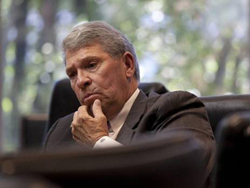 As one Wall Street Journal writer described Hunter, he was “a driven and disruptive force in a centuries-old industry struggling with high operating costs and heightened competition from shipping rivals. His ability to rapidly pare railway budgets, speed up freight deliveries and challenge union-backed work rules at Illinois Central, Canadian National Railway Co. and Canadian Pacific Railway Ltd. earned him many fans on Wall Street. Unions and customers frequently challenged his harsh tactics … His initial moves to streamline CSX’s operations were thwarted by traffic congestion, customer complaints and opposition from some of the railroad’s top officials.” 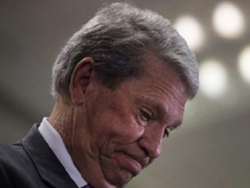 In an editorial the day before Hunter died, when his medical leave was announced (causing CSX shares to drop almost 8%—about $4 billion in market value), the WSJ said: “Even if Hunter Harrison wasn’t struggling with health problems, the value that investors put on his ability to turn around CSX was overly optimistic. Now, it looks irrational. Despite his reassurances earlier this year, the 73-year-old’s medical issues seem to have caught up with him, forcing a leave of absence from the railroad. Investors have been willing to suspend disbelief and attach some truly gaudy numbers to Mr. Harrison.”

“The warning signs of a fragile CSX investment bubble were not Hunter’s health,” says Railway Age Capitol Hill Contributing Editor Frank N. Wilner, whose career has included executive posts at the Association of American Railroads and the largest rail labor union, and a White House appointment to a senior-staff post at the Surface Transportation Board. “They were that his reputation was elevated to Brobdingnagian status through his superintending of two Canadian railroads that were a combination of relatively straight east-west lines and their funnel-like feeding into the relatively straight north-south Illinois Central that he also led. His so-called Precision Scheduled Railroading had not been tested on the significantly more complex spaghetti-like network of American eastern railroads. 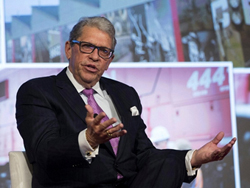 “Similarly missed by investors was the warning sign of Hunter’s perennially harsh relationship with organized labor. Consider the unfortunate nickname of ‘the ugly American’ that was pasted onto him by unionized employees of CN. American railroading is a geographically massive outdoor shop floor, meaning that there are high probabilities of chaotic events, absent enthusiastic dedication to service outcomes by mostly unsupervised train crews. Then there was Hunter’s frosty relationship with shippers who traveled south with him to CSX. Former CN Chairman Paul Tellier frequently apologized for Hunter’s behavior toward customers, semi-joking that he (Tellier) periodically had to ‘put Hunter into a cage’ because of his (Hunter’s) biting of shippers. ‘And then he would find a way to get out of the cage and bite them again,’ Tellier once related at a breakfast interview in Washington’s Willard Hotel some 20 years ago.” 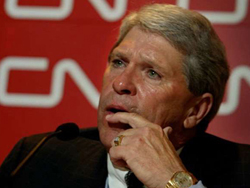 I’m sure these accounts of Hunter’s behavior at times will grow more intense as the years go by. Legends tend to take on a life of their own. The glows of accolades tend to shine brighter. The stories of dark moments tend to get darker. As far as the good things are concerned, I’ll quote my maternal grandmother, my Nonna, who lived to the ripe old age of 100: “I would love to have now as many good qualities as people will attribute to me after I’m gone.”

As for my own recollections, I will remember the Hunter Harrison who was moved to tears in front of a large crowd at Chicago’s Union League Club when speaking about his beloved wife and family the first time he was honored as Railroader of the Year nearly 20 years ago. I will remember the man who invited me to ride his vintage business train from Memphis to Chicago along the Illinois Central main line. I will think of the CEO who always took the time to talk with me candidly and openly, who told me not long ago, “Any time you want to ask me something or talk to me, Bill, just call me.”

I did just that for the cover story of our October 2017 issue. In what may have been his final media interview, I asked Hunter if he thought he had been moving too fast at CSX to implement change. He acknowledged that, at least in some areas, he had.

I have often wondered why Hunter had moved so fast—undoubtedly way too fast. Was it pressure from investors to deliver a quick return? I don’t believe so. Rather, I think deep down, Hunter may have had a feeling his days were numbered (people can sense these things sometimes), and he wanted to ensure one more success before it was too late. Under much better health circumstances, I think Hunter’s approach to making changes at CSX would have been more measured, less disruptive.

I feel a sense of loss that I am no longer able to contact Hunter and ask him these questions. 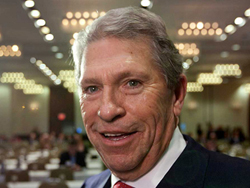 Honestly, the now-legendary railroader who started his career in 1963 as a carman-oiler on the Frisco was no different than you or I. He was just Hunter. I’m sure that’s how he would like us to think of him.

Rest in peace, Hunter. You earned it. 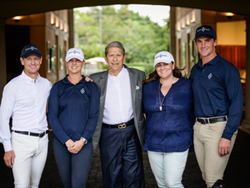