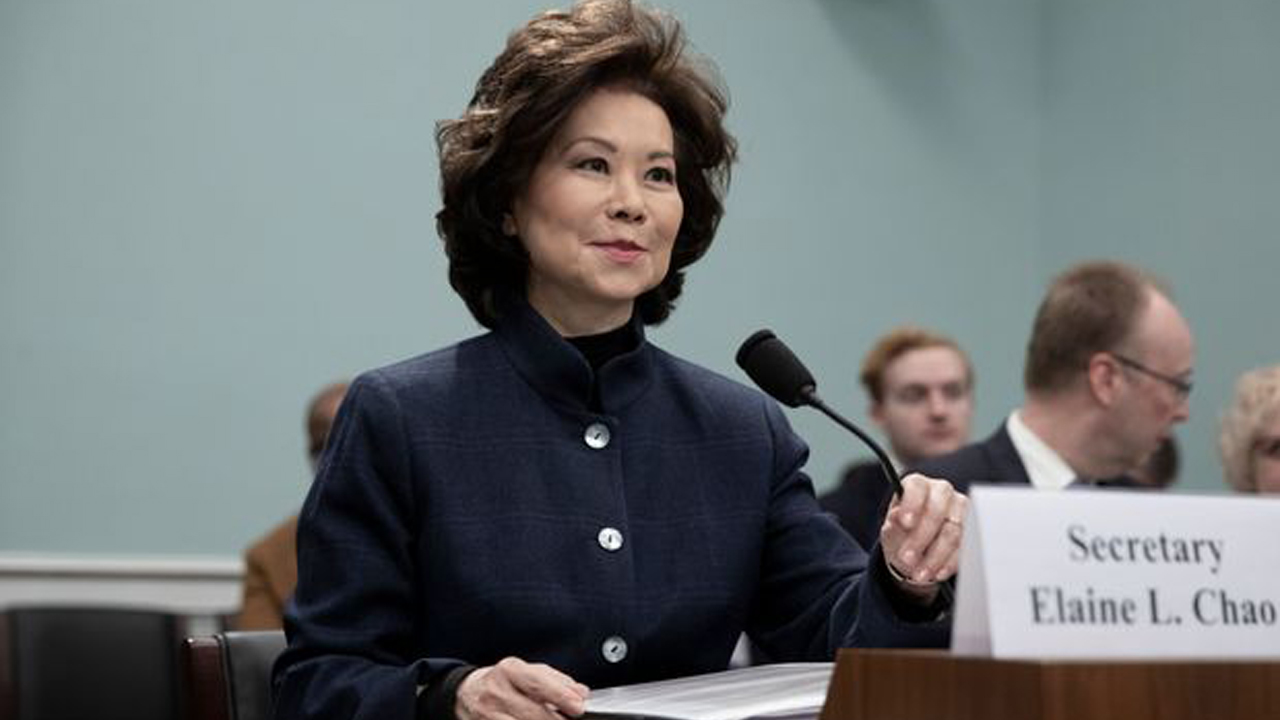 On March 3, House Committee on Transportation and Infrastructure Chairman Peter DeFazio (D-Ore.) and House Committee on Oversight and Reform Chair Carolyn B. Maloney (D-N.Y.) made public a Department of Transportation Office of Inspector General (DOT OIG) report on a late-2020 ethics investigation into former Transportation Secretary Elaine Chao that both the Trump Administration Department of Justice (DOJ) U.S. Attorney’s Office for the District of Columbia and DOJ Public Integrity Section refused to pursue.

Both Chairs requested the investigation in 2019 amid public reports that raised questions about the former Secretary’s actions relating to her financial interest in Vulcan Materials, a stone and asphalt company; her influence over discretionary grants to her home state of Kentucky (where she resides with her husband, Senate Minority Leader Mitch McConnell, R-Ky.); and possible ethics violations regarding the use of her official position to help her family’s maritime shipping business, the Foremost Group, a company now headed by Chao’s sister Angela Chao.

In December 2020, Committee on Oversight and Reform staff also transmitted to the DOT OIG documents that the Committee had received from the Department over the course of its investigation. A selection of those documents can be found here.

“While I commend the Department of Transportation’s Office of Inspector General for conducting this review, I am disappointed that it was not completed and released while Secretary Chao was still in office,” Chairman DeFazio said. “I am even more disappointed that the Department of Justice declined to further pursue the matters that the IG’s office substantiated in its investigation. Public servants, especially those responsible for leading tens of thousands of other public servants, must know that they serve the public and not their family’s private commercial interests.”

“The DOT Inspector General’s report, in addition to documents we obtained, demonstrate that Secretary Chao used her official position and taxpayer resources for the benefit of herself and her family,” Chairwoman Maloney said. “Secretary Chao’s flagrant abuse of her office provides further evidence that additional ethics and transparency reforms are needed.”

Based on its preliminary review of the issues identified by the Committees, the DOT OIG launched a formal investigation into the Secretary’s potential misconduct and ethical issues surrounding her potential “use of public office for private gain.”

The report highlights four separate categories of actions by then-Secretary Chao that appear to have violated Federal ethics laws:

The OIG in its report said Chao, given the chance to respond to the ethical concerns, pointed to a September 2020 memorandum drafted by DOT General Counsel Steven Bradbury, and provided to investigators. The memo was titled “The Importance of Asian Cultural Values to the Success and Effectiveness of Secretary Elaine L. Chao.” Investigators said it was written by Bradbury and reviewed by Chao and two other department staff members.

“As the eldest daughter, she is expected to assume a leadership role in family occasions that honor her father and her late mother,” the memo reads. “If she neglected to mention her one living parent, her reputation and stature as a government official would be diminished considerably in the eyes of many Asians and Asian Americans.”

Bradbury, according to investigators, said that “Secretary Chao cannot be divorced from her father’s story and that this concept is important to keep in mind, but does not excuse all of the issues discussed with OIG, such as the Secretary’s use of subordinates to perform personal tasks.”

“Chao and her supporters pointed to areas where the OIG did not find wrongdoing as an endorsement of her approach to governance,” The Washington Post reported. “‘This report exonerates the Secretary from baseless accusations and closes the book on an election-year effort to impugn her history-making career as the first Asian American woman appointed to a President’s Cabinet and her outstanding record,’ a Chao spokesman said in a statement. The spokesman declined to respond to the potential ethical problem areas identified by the inspector general, instead pointing to supportive comments from Republicans in Congress, including Rep. James Comer (R-Ky.), who said in a statement that the report ‘makes clear the Democrats’ partisan attacks launched against former Secretary Chao are baseless.’”

In December 2020, based on the factual evidence uncovered in the DOT OIG’s Report of Investigation, the office sent a criminal referral on the matter to both the Department of Justice U.S. Attorney’s Office for the District of Columbia and to the DOJ Public Integrity Section. However, both offices declined to open an investigation into these matters. The DOT OIG wrote, “Based on the lack of prosecutorial interest from DOJ, OIG has determined it will close this investigation.”