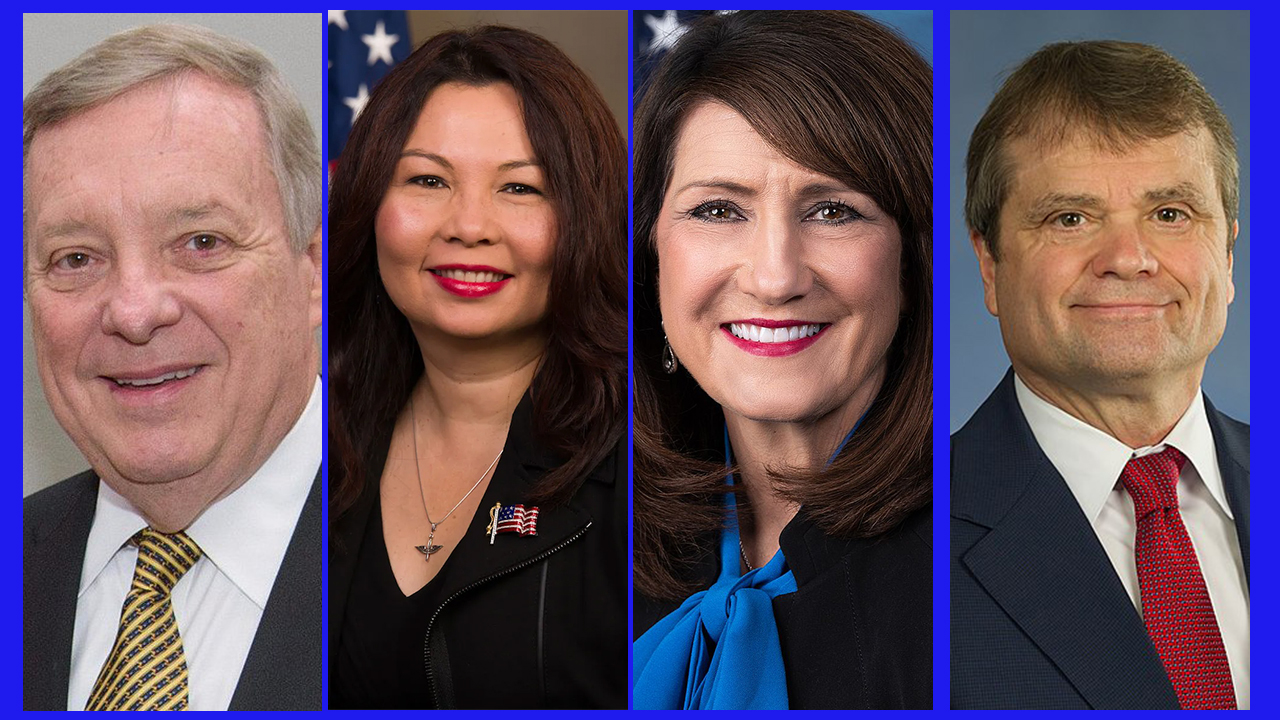 In a letter to Bose, DDNQ stressed what they consider the benefits of building URR&DCE in partnership with the University of Illinois. The political quartet noted that they “authored language in the historic bipartisan Infrastructure Investment and Jobs Act (IIJA) requiring FRA to establish the rail research center, which aims to advance railway technology and improve national transportation infrastructure.”*

“We write to highlight an IIJA provision that we authored establishing a University Rail Research and Development Center of Excellence, which would advance research and development to improve the safety, efficiency and reliability of passenger and freight rail transportation,” DDNQ wrote.  “As the Federal Railroad Administration carries out the implementation of this IIJA provision, we strongly urge you to consider the State of Illinois as a home for this Center of Excellence.”

“The University of Illinois system has strong partnerships with major private and public sector railroads, state and regional agencies, railway suppliers and state and local governments.  As a result, railroads and suppliers already develop and deploy innovative new products in Illinois while providing high-quality employment opportunities for rail transportation professionals.

“Congress repeatedly has urged the FRA to invest greater resources in partnerships with extramural academic research partnerships. The Fiscal Year 2022 Consolidated Appropriations Act (P.L. 117-103) provided the FRA with $5 million for partnerships with qualified universities to improve the safety, capacity and efficiency of the nation’s rail infrastructure. We urge you to use this funding to establish the IIJA’s new University Rail Research and Development Center of Excellence, which will allow FRA to work with universities to improve the safety, efficiency and reliability of passenger and freight rail transportation.”

*Editor’s Commentary: In other words, essentially DDNQ is saying, “This was our idea, so it should be established in our state.” This is reminiscent of how Vice President Lyndon Johnson, when President John F. Kennedy made him chair of the National Aeronautics and Space Council in 1961, putting him in charge of advancing NASA’s moon program, made sure Mission Control—now the Johnson Space Center—was built in his home state of Texas, in Houston, more than 1,000 miles from Cape Canaveral, Fla., where NASA actually launches all its spacecraft.

Nothing wrong with that, of course, considering the University of Illinois Urbana-Champaign has a highly advanced and renowned railroad program, as DDNQ accurately notes. Then again, why not Michigan State, the University of Delaware-Newark, or other universities with rail programs?

Duckworth, Newman and Quigley are mostly inconsequential backbenchers. Durbin carries the real weight here. If the Democrats lose control of the Senate in this year’s mid-term elections, Durbin remains the No. 2 Democrat to Chuck Schumer, who becomes Minority Leader. Durbin would be a likely successor to Schumer as Minority Leader—or as Majority Leader if the Democrats retain control, or regain it in 2024. The significance of having Durbin representing Illinois is that his name carries great practical importance.

Amit Bose is young, capable and politically ambitious. Unlike his predecessor, Ron Batory, whose only objective was to serve our industry and improve the FRA, Bose is not a career railroader. If he hopes for another political appointment, he will need Durbin on his side. Under President Obama, and now President Biden, Durbin has typically vetted all Presidential nominees below Cabinet level, and provides respected—by POTUS—opinions on Cabinet-level nominees, as well. Bose now has a choice to make: Satisfy Durbin by establishing the URR&DCE in Illinois, or find an alternative area in which to satisfy him. You don’t disappoint someone as powerful and influential as Durbin if you want to survive politically.

That said, I repeat: The University of Illinois Urbana-Champaign railroad program, led by the esteemed Dr. Chris Barkan, would be an excellent choice for the FRA URR&DCE. Time will tell if the stars align, academically and politically, and if Amit Bose continues to ascend in Washington politics. — William C. Vantuono.