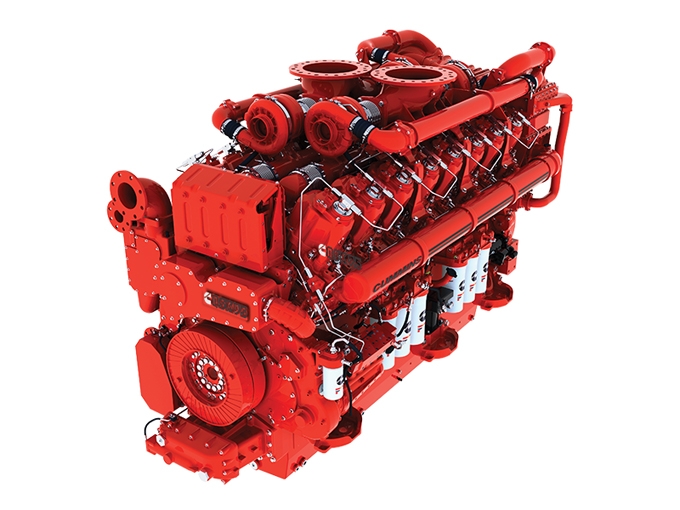 Cummins Inc. announced Oct. 2, 2015 that the first production 95-liter, 16-cylinder QSK95 engine built to a rail specification has been shipped.

The engine, rated at 4,400 hp (3,281 kW) will be delivered to the Siemens manufacturing facility in Sacramento, Calif., where it will be installed into a Charger® locomotive. The Charger—a diesel-electric passenger locomotive—will be put into service for a five-state, 35-unit initial order with the departments of transportation of Illinois, California, Michigan, Missouri and Washington. The Charger locomotives will also power the trainsets for All Aboard Florida.

“This is a very exciting and important time for passenger rail in North America,” said Melina Kennedy, General Manager – Global Rail and Defense Business. “Cummins is pleased to partner with Siemens to bring innovative and dependable new technologies to the market.”