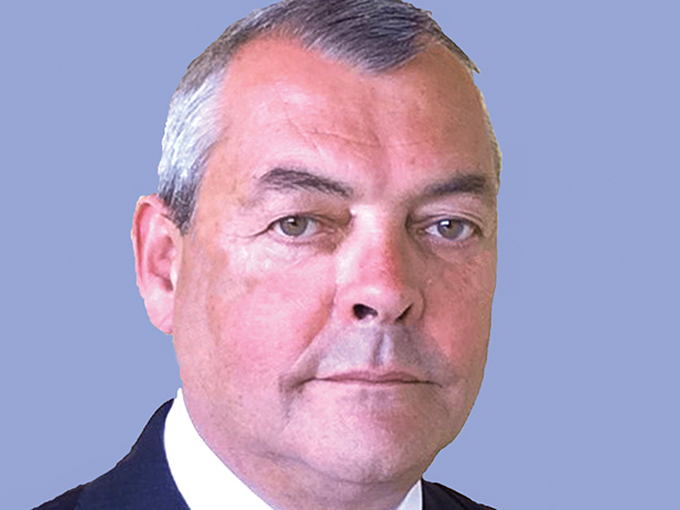 Those who have spent many years in the rail industry know that rail workers are among the most loyal of employees, spending entire careers on the railroad and often following a parent into railroading. This loyalty is expressed in a myriad of ways, including today’s internet chat rooms devoted to railroad topics where railroaders discuss everything from operating plans to locomotive livery, and share photos and recollections.

Many of these employees remember too vividly the dark days of railroading during the 1970s, when rail resources were so thin that “service” and “reliability” had disappeared, standing derailments were common, employee injuries increased, and the future of the industry was in doubt.

Partial economic deregulation brought railroads roaring back, to where rail service quality became world-class as carriers were earning profits to reinvest. Along with that resurgence came a heightened emphasis on safety, with operating rules modified to eliminate unsafe practices, such as implementation of the nearly universal prohibition that restricted getting on or off moving equipment. Safety awareness became good business, with the accident rates on most railroads declining in parallel with the reduced operating ratios so coveted by stockholders and industry executives.

Safety awareness also became good government, with the Federal Railroad Administration taking an active role in not only enforcement of its own regulations, but also in collaborating with industry stakeholders on improvements to establish state-of-the-art programs such as the Confidential Close Call Reporting System and the Safety Assurance and Compliance Program. In addition, the National Transportation Safety Board finally saw its long-sought Positive Train Control come into law with the Rail Safety Improvement Act of 2008.

Now, however, we see a disturbing trend. Rail labor is concerned about what is occurring on CSX in the wake of a hedge fund taking control early in 2017. We have seen 4,000 loyal workers dismissed while the company brags of diverting $5 billion in profits and tax-reform savings to buybacks of stock and an increase in the dividend—all intended to bolster the stock price. And to help pay for all of this, CSX has rescinded the aforementioned restriction on getting on or off of moving equipment in the name of increased productivity.

Meanwhile, service quality is diminishing according to customers, and overall safety is headed in the wrong direction. CSX’s train accident rate—the lowest among the Class I railroads in 2013—was the highest among the big seven systems through the first 11 months of 2017, according to the latest FRA data available. It now stands at about the level it was a decade ago. CSX’s train accident rate increased 73% from 2013 through 2017, while the employee personal injury frequency rate rose 38% over the same five-year period, according to a review of the safety figures the railroad reports quarterly alongside its financial results.

History records what hedge funds can do to other industries, where a company is hollowed out to improve stock price ahead of the investors cashing out at a handsome profit and leaving the shell bound to crushing debt, thousands of families devastated by layoffs and the eventual ruination of the company. The impact in our industry is even more severe: The abandonment of a safety culture in exchange for stock buybacks and increased dividends can, and far too often does, cause death and destruction to people and property.

The latest troubling news from CSX is that it intends to sell off a large chunk of the railroad, and that means to short line railroads, where employee protection and regulatory oversight is minimal. Reduced regulation of such line sales may have had a place in 1980 when the Staggers Rail Act was passed, because it was intended to save light-density lines from abandonment. That is not the case today with CSX, as its management has indicated much of the railroad could be up for sale. These are not light-density lines unable to earn their keep. It is a sale intended to generate even more cash that we assume will be disbursed to stockholders.

With just seven major railroads left operating in North America, seamless interconnectivity is essential to keeping the network fluid. CSX actually cut its 2018 capital expenditures by a staggering 20%, a decision with far-reaching consequences for the industry overall. A failure of fluidity on any of the majors quickly cascades, affecting the entire network. This adds to the urgency of regulators looking closely at the current workings of CSX.

The good news is the Surface Transportation Board still has tools to investigate intended line sales, and we hope they will use those tools to require public hearings and full disclosure of the company’s intent, and allow experts to testify on the impact of such transactions to the public interest to which railroads are required by law to service. The bad news is that the Board currently has three vacancies mired in the backlog of unfilled positions in the Trump Administration, with no light yet showing at the end of that tunnel.

We are heartened that the Senate on Feb. 13 confirmed Ron Batory as the new Federal Railroad Administrator. Administrator Batory himself comes from a railroad family, his father having been a rail labor officer. Ron Batory brings a solid background in rail operations and safety to the job, which is essential to the statutory mission of the agency, and we are confident he will have an open-door policy to hear safety concerns of all stakeholders.

Going forward, expect rail labor to be aligned with shippers and the public to ensure that proper congressional oversight and administrative agency regulation is in place to protect the safety and security of the employees and the public, and to promote safe and efficient rail service at a reasonable price.

John Previsich is President of the Transportation Division of the International Association of Sheet Metal, Air, Rail and Transportation (SMART) Workers.