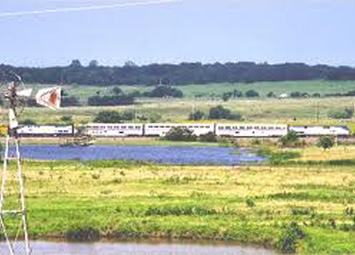 Legendary Baltimore Orioles manager Earl Weaver etched his illustrious baseball career and winning record with the three-run homer. Were Amtrak a Major League Baseball team, its success would be measured, instead, by infield hits. But Amtrak may have hit one long ball this week when new House Rail Subcommittee Chairman Jeff Denham (R-Calif.) conceded that Amtrak passenger service on the Northeast Corridor and on state-supported corridors is profitable and efficient.

Rather than berate Amtrak—as did former House Transportation & Infrastructure Committee chairman John Mica (R-Fla.)—over the price of a hamburger served or the mark-up on a shot of bourbon, Denham used a subcommittee oversight hearing May 21 to observe that “on the Northeast Corridor, Amtrak earns a substantial ‘above the rail’ operating profit, and with the introduction of the Acela, Amtrak has captured 75% of the Washington-to-New York rail/air market. Amtrak has also seen significant ridership increases on its state-supported routes, which connect metropolitan areas less than 750 miles apart.”

Denham went on to observe that in recent years, Amtrak has increased its Northeast Corridor profit by 143% and cut losses on state-supported corridor routes (750 miles or fewer) by 11%.

But then came the high and inside fastball from Denham as he complained that Amtrak’s long-distance routes are losing $600 million annually and the American taxpayer “cannot afford to continue these levels of subsidized losses year after year.”

What Denham declines to observe in throwing that beanball is that when Congress created Amtrak, federal law required Amtrak to operate a national intercity rail passenger network, and that it was the sense of Congress that “long-distance passenger rail is a vital and necessary part of our national transportation system and economy.”

For rural and aging residents in, for example, North Dakota, Montana, and western Texas, there is no effective intercity transportation alternative to Amtrak’s long-distance trains that carry most passengers to and from intermediate points rather than between endpoint large cities. Intercity bus operators have exited the markets, and private automobiles often cannot be afforded, or operated due to advanced age or winter weather conditions.

Were Amtrak an island of socialism in a sea of capitalism, arguments would be correct that if long-distance trains fail to earn a profit they should be eliminated. But Amtrak is not alone in receiving federal financial assistance. Small farms nationwide would shut down without federal price support, the nation’s commercial aviation system would be shuttered without federal assistance for air traffic control and security, and most trucking firms would be out of business were they required to pay for highway snow removal, police presence, U.S. Navy protection of sea lanes for imported oil, and the actual pavement damage caused by 18-wheelers.

Amtrak President Joe Boardman dug back into the batter’s box against Denham. He termed Amtrak’s long-distance trains a public service” that provides “national connectivity and mobility” and feeds a half-million passengers to the Northeast Corridor annually. “Since 2006, ridership on long distance trains is up nearly 27%,” Boardman said, reflecting demands of an aging population and a sharp retrenchment of intercity bus service. “Long distance trains serve 40% of America’s rural population.”

Boardman might have reminded Denham of the warning issued by former Senate Republicans Trent Lott of Mississippi and Kay Bailey Hutchison of Texas that federal capital assistance for the Northeast Corridor would disappear if congressional lawmakers elsewhere in the nation were deprived of their long distance trains. “There will be a national system or there won’t be an Amtrak at all,” Lott and Hutchison said in a joint statement while senators.

Hitting behind Boardman was Brookings Institution scholar Robert Puentes, who testified that Amtrak’s ridership increase since 1997 has surpassed population growth and gross domestic product growth “while outpacing the growth observed across all other transportation modes, including domestic aviation.”

“[A]n emphasis on fiscal responsibility should not automatically mean scaling back of intermetropolitan rail investments or operations,” Puentes said. “Rather, states and the federal government should consider a range or recommendations to enable them to marshal the resource they already have.” He said increased federal spending on Amtrak “is probably justified” for reasons including “Washington’s historically outsized support of other transportation modes,” and that Congress should provide states and metropolitan planning organizations greater flexibility to use federal funds earmarked for improving air quality and easing congestion to help subsidize long distance passenger rail operations.

Given the mean-spirited antagonism Amtrak absorbed in recent years before Mica relinquished his full committee chairmanship this year, the Denham hearing appears to have put a win in Amtrak’s column, although a single win does not a winning record provide. The marathon continues, but so does Amtrak continue to operate—albeit with a 42-year history of bare bones federal support.

As the proverb says, “Tread on a worm and it will turn,” meaning the oppressed eventually will become the victor. Indeed, there has been much treading on Amtrak.