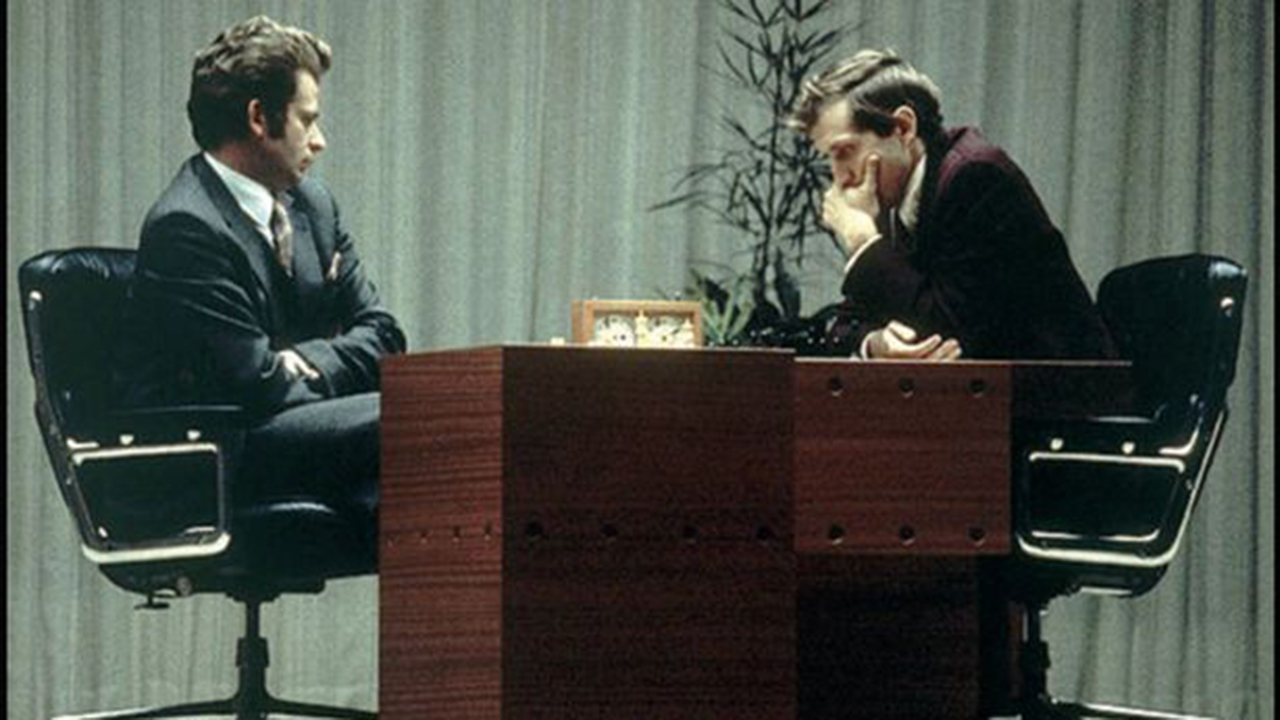 By now, we all know the basics: It started back on March 21 as a bold expansion bid by the sixth-largest carrier, Canadian Pacific. CP and KCS, smallest of the “Big 7” Class I’s, negotiated a two-party deal to acquire a north-south track network connecting a core of six Canadian provinces (with about 12,500 route-miles) with a core of important Mexican northeastern and central states (districts) served by Kansas City Southern de Mexico, S.A. de C.V. The Mexican franchise covers about 2,261 miles. In the middle of this geography is the Kansas City Southern rail network covering about 3,400 route-miles in 10 US states. Its primary terminals include Kansas City, Shreveport, New Orleans, Dallas and Houston.

After about a month, a counter-bid was made. CN upped the offered price for the KCS combined package from about $25 billion to nearly $34 billion.

What we are seeing as a result is somewhat like a Chess game, only the object is not to capture the King across a 64-square playing board. Here, the commercial object is to capture prime real estate rather than pawns and knights. It’s about establishing operating rights on a network of steel rail laid over crossties and stone ballast. A web that in today’s world is too expensive to build out anew. Just the raw right-of-way and new construction costs would start at about $4 million or more per track-mile—plus the unimaginable price for the land rights.

Where is the real prize? Parties may argue where the core market access value is. But the richest commercial access rights for the winning bidder might be described as the growing Mexican market. Mexico is both a consumption marketplace for foods and energy and a producer (builder/assembler) of products like automobiles and other diversified parts. Now with the recent NAFTA replacement legislation agreement, USMCA, its continued attraction as a place for two-way freight movement is cemented for years to come.

Critically, Mexico lacks a strong, modern truck-based highway network and thus is a good place to build up railroad freight volumes for natural resources, energy, merchandise, chemicals and intermodal rail services. Former executives at the Kansas City Southern made their bold bid to acquire the prime lines of FNM, Mexico’s national railway system, a few decades ago because they saw the highway truck to rails diversion business case for what ultimately became KCSM.

KCS offered a take-no-prisoners bid to initially gain the right to the rail operations covering the market between the Mexico City Valley and the strategic U.S. border crossing at Laredo, Tex. Those rights also included service to prime port locations of Lázaro Cárdenas on the Pacific Ocean and Veracruz on the Gulf of Mexico. Separate KCS lines connected the Mexican locations to the upper Midwest via certain trackage rights between Laredo and Houston and Beaumont, Tex.

KCS spent spent several decades improving the KCSM network (at the outset, Transportación Ferroviaria Mexicana, or TFM) and its services. Its management team bet big, and won. Independent or merged, KCS managers and investors see a strong growth opportunity in the decades ahead.

Now comes the long-term payback in part as a friendly merger between two railroad teams, with KCS senior people likely to see equal seats within the proposed new CPKC company.

Sharing such future status and preserving unique cultures is pretty important to the history of North American railroad mergers. We have seen the downside when “red team” and “green team” managers (think Penn Central) try to blend into the successor company, post-merger.

One of the first questions therefore is this: Is CN’s counteroffer a friendly proposal? It might be. But it is still an important question, particularly for regulators who institutionally remember when past mergers developed into congestion and service delay problems in part because of “who is in charge and knows best” situations. That’s exactly what happened when Union Pacific swallowed Southern Pacific in one huge gulp. UP literally choked.

We will learn more about “culture matching” in the months to come.

What’s the outcome? It’s hard to predict how organizations and their leaders might react, particularly if there are as-of-yet geo-political unknowns that could twist the M&A plot. Here are a few of my favorite random cards.

Rail shippers might want to change their minds. More than 400 rail freight customers gave their advanced signatures to the support of the Canadian Pacific and KCS merger proposal. I cannot understand why customers sign up so quickly to support these railroad mergers. Their highest bargaining leverage is to wait and see how things play out in the merger proceedings. Why give that up so soon?

Will some or many of these companies and communities now reconsider? Back out? Sign and submit a new preferred-candidate letter of support?

Are there as-of-yet hidden competitive conditions that will emerge during STB hearing proceedings? Less competition, say, in 2023 in places like Superior Wisc.; Edmonton, Alberta; Monterrey, Mexico; or Baton Rouge, La? Yes, one can define certain pragmatic and localized loss of routing, service frequency or pricing options if we look closely rather than globally at the possible network changes ahead. If you are a logistician by training rather than an experienced railroader, you might miss some of the market shift signals.

Mexican commercial objectives could intervene. Why? Because, within Mexico, two main railroad organizations offer their services—KCSM and Ferromex (FXE). The FXE network is controlled by Grupo México Transportes. And within that group, Union Pacific has a significant (26%) ownership position.

The FXE service network within Mexico is larger, at about 7,500, miles than the KCSM network. But its traffic density is lower. Traffic density per mile of railroad is a key profitability indicator that should not be overlooked when assessing comparative network strengths.

Strategically, in large part because KCS took private investment risks, the KSCM track network is stronger on service nodes connected within Mexico and to the U.S. network. The resulting current KCS overall network presents a geometrically smooth operating flow for the winner of the KCS sweepstakes.

The converse hypothesis is that the FXE network is not quite as strong. FXE needs to consider pumping up its traffic density on one or two routes. Merger efforts by competitors create rare opportunities for just such initiatives.

Translation: Could Mexican governmental bodies be a deal breaker in some way by rejecting the STB-decision-led process until there is a rebalancing within Mexico? Yes, that is possible. Certainly, Mexico (as well as Canada) has a stake in this railway real estate deal.

Would the FXE network somehow become a wildcard target itself, perhaps seeking political and customer support for access to Houston or Dallas-Fort Worth and, via the latter hub, a connection with Norfolk Southern? Or is now a great time for a Grupo México spinoff of the railroad to BNSF or UP? Sometimes, events create such opportunities.

What Canadian public policy issues might complicate the proceedings? A CN acquisition of the KCS system raises several questions. One is, “would CN-KCS somehow significantly reduce the value of the much smaller CP track network?”

A CP win would still leave CN with a relatively large transcontinental Canadian web of routes and customer service points, as well as its former Illinois Central lines that essentially parallel much of the KCS. And CN might later on be well-matched with one of the remaining four U.S. Class I’s: NS, CSX, BNSF or Union Pacific.

In contrast, coverage-wise, the surviving Canadian Pacific network would place at the bottom of the Class I list in size and customer coverage. Trust me as an old railroad strategist: It’s not good to be at the bottom of that list. CP would not be a failing company. But dense traffic grids and O/D pair coverage implies commercial strength in any business network. Those metrics are really important to CP.

Dueling applications before the STB: When one carrier files an application for control of a railroad in a major regulatory rail procedure with the STB, like Union Pacific did to acquire the Southern Pacific back in late 1995, other railroads might object. But a real battle takes place when opponents go head-to-head with a primary (first-filed) and a secondary, inconsistent application. Shareholders and investors don’t like to see that kind of uncertainty. They prefer a private resolution—and an early distribution of some of the cash proceeds from the deal.

With so few targets left to acquire, this merger might be different. It could be about driving the final price up, perhaps in order to make an accretive cash-and-shares-mix purchase offer dilutive as to share value for the first few years by driving the price higher. Too much dilution hurts the winning bidder. Some have suggested that this is CN’s true motivation—hurting its principal competitor, CP. This is plausible, based in part upon CP’s gloves-off response to CN’s counter-offer.

At the beginning of this piece, I call what’s going a game of Chess. But there’s another traditional board game that fits the bill, in many ways: Ticket to Ride. Developed by Alan R. Moon and offered through Days of Wonder Board Games, Ticket to Ride is “a cross-country train adventure in which players collect and play matching train cards to claim railway routes connecting cities throughout North America. The longer the routes, the more points they earn. Additional points come to those who can fulfill their Destination Tickets by connecting two distant cities, and to the player who builds the longest continuous railway.” Sound familiar?

In closing, it is likely that none of the existing STB Commissioners will speak their mind before the public in a meaningful way before the filings are made. The protocol and history are to stay independent until evidence is officially being reviewed and a decision is announced. Still, we might hear a signal or two if we stay alert during hearings.

What are today’s definitions of common carrier and service characteristics that define regulatory winners? It has to be more than just cash flow and earnings per share growth. For a deeper historical insight, I’d sure like to hear what wise, experienced people like Railway Age Capitol Hill Contributing Editor Frank Wilner suggest we consider as the tension builds over these next few months.