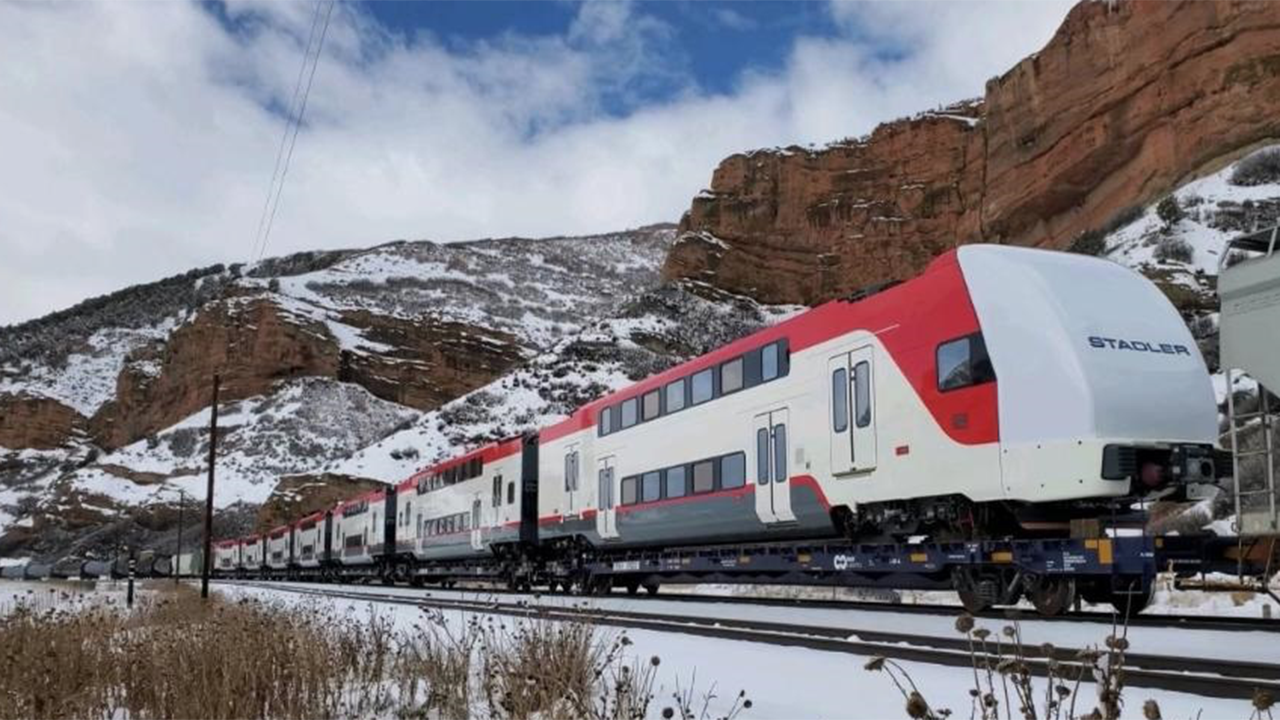 All photos courtesy of Caltrain.

At TTCI, trainset No. 1 will undergo a comprehensive set of instrumented operational tests, at velocities exceeding maximum operating speed, on the AC-catenary-electrified RTT (Railroad Test Track), which is capable of supporting speeds up to 170 mph.

Testing of the seven-car EMU is expected to take eight months and will include braking, propulsion, ride quality, noise and vibration, door operation, Positive Train Control (PTC) and electromagnetic interference (EMI) tests. The tests, required under Federal Railroad Administration (FRA) safety rules, will ensure that the new fleet is ready for service.

Assembly of the first trainset was completed in July 2020; it underwent initial tests on Stadler’s test track at its Salt Lake City manufacturing site.

The trainsets will have a maximum speed of 110 mph, and will have eight traction motors distributed throughout the consist, enabling faster acceleration and deceleration compared with current locomotive-hauled trains.

The trainsets are part of Caltrain’s Peninsula Corridor Electrification Project to electrify the San Francisco-San Jose rail corridor, reducing diesel emissions by 97% by 2040. Electrification is also expected to improve Caltrain’s system performance, enabling faster and more frequent services, and pave the way for the eventual introduction of high-speed trains.

Pictured below is the trainset in various stages of construction at the Stadler Rail US plant in Salt Lake City.