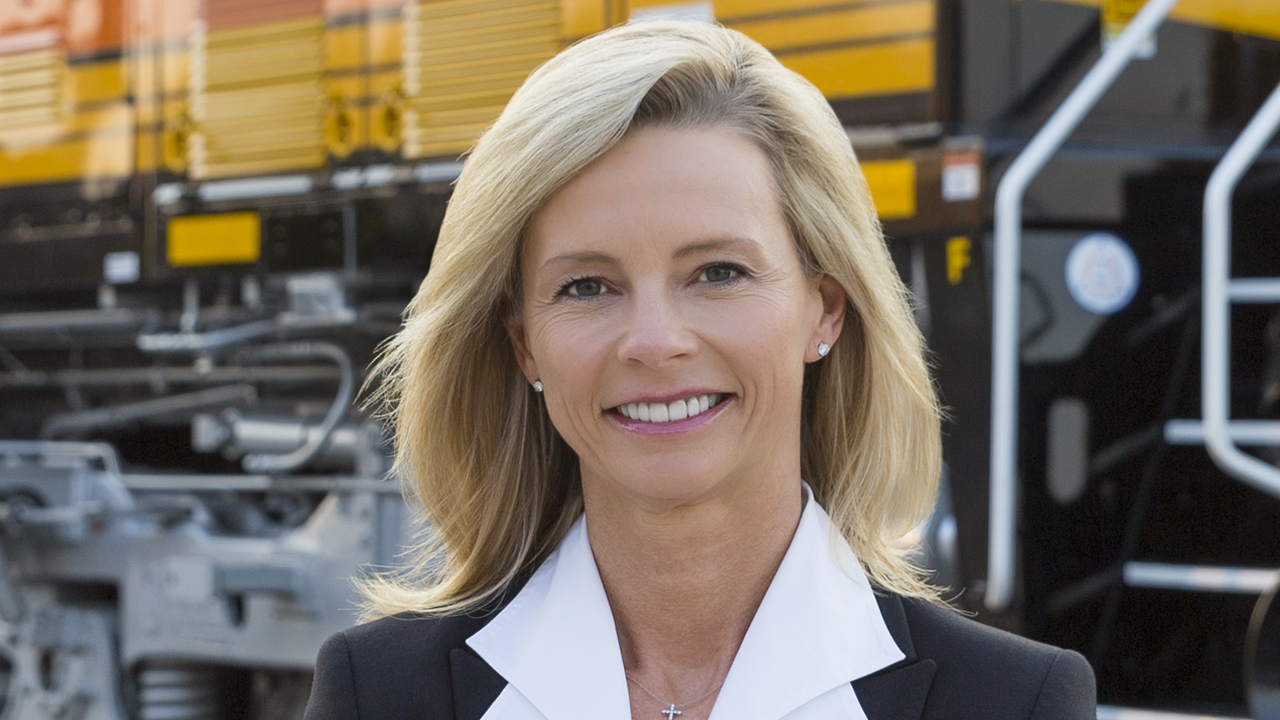 “Katie Farmer permanently changed the industry for the better by becoming the first woman chief executive of a Class I railroad,” said Railway Age Editor-in-Chief William C. Vantuono. “She took the throttle of North America’s largest railroad, in terms of both route-miles and revenue, during unprecedented times, in the midst of a global pandemic. She has continued to press forward during a challenging, post-pandemic period, dealing with global supply chain and service problems as well as a difficult labor market, focusing on building a better BNSF. Katie knows her railroad inside and out. She’s held leadership positions in every major function of the company, overseeing a 32,500-route-mile network that spans 28 states and touches three Canadian provinces. She has been working with her team to shape the legacy of BNSF, which has seen industry-leading growth. In late 2020, when she was named as the railroad’s next chief executive, she told Railway Age how proud she was of the men and women of BNSF—railroaders who ‘know how to do hard’—and looks forward to continuing BNSF’s success.”

“It is humbling to be included among a group of individuals who have accomplished so much for freight and passenger rail and have contributed to the success of today’s North American freight rail industry,” said Farmer. “I am honored to be named the 2023 Railroader of the Year. However, I view this as affirmation that BNSF is an industry leader, thanks to the men and women who I have worked alongside for more than 30 years. BNSF isn’t great because of the work of one person. BNSF is great because of the hard work and commitment day in and day out of 35,000 people who deliver on our promise to our customers.”

Katie Farmer was appointed BNSF President and CEO in January 2021. She has been with BNSF for more than 30 years, previously serving as Executive Vice President Operations since September 2018, where she oversaw the entire Operations organization. Farmer received a bachelor’s and master’s degree from Texas Christian University. Upon graduation, she began her career with BNSF predecessor Burlington Northern in 1992 as a management trainee in Fort Worth, Tex., following an internship in the Engineering department between her Junior and Senior years in college.