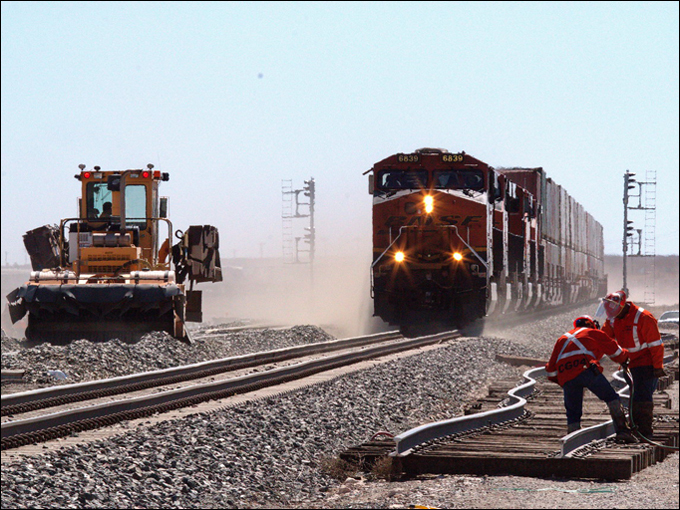 BNSF Railway Company plans to spend $3.3 billion on capital investments in 2018 – the same as the previous year – both for maintenance and expansion projects to meet customer demands.

The 2018 maintenance component is projected to be $2.4 billion, with projects for replacing and upgrading rail, ties and ballast, and maintaining rolling stock. The program will include approximately 13,000 miles of track surfacing and/or undercutting work and the replacement of more than 500 miles of rail and nearly 3 million ties.

Approximately $500 million of this year’s capital plan is for expansion and efficiency projects, the majority focused on key growth areas along BNSF’s Southern and Northern trans-continental routes, connecting Southern California with Chicago and the Pacific Northwest to Upper Midwest, respectively. The Fort Worth-based company has also allocated $100 million for Positive Train Control as it moves toward meeting the Dec. 31, 2018 implementation deadline.

The railroad said it is the only Class 1 freight carrier to have completed the installation of PTC on all its federally-mandated subdivisions and is currently running hundreds of trains daily with PTC as it tests revenue service across its mandated territory.

The company also plans to spend $300 million for freight cars and other equipment acquisitions.

Since 2000, BNSF has invested more than $60 billion in its network.