The second eruption of fireballs near the northern Ontario village of Gogama March 7 adds a third category of crude to the list of culprits in the recent spate of oil train explosions. “Synbit” now joins “dilbit” and untreated Bakken crude oil among the commodities proven to ignite and explode upon derailment and breaching of even the newest tank cars.

Dilbit is bitumen diluted with one or more lighter petroleum products, typically natural-gas condensates (NGC) such as refined naptha. According to the Alberta Oil Sands Bitumen Valuation Methodology, “Dilbit Blends” refers to “blends made from heavy crudes and/or bitumens and a diluent, NGC, for the purpose of meeting pipeline viscosity and density specifications, where the density of the diluent is less than 800 kg/cubic meter. If the diluent density is greater than or equal to 800 kg/cubic meter, the diluent is typically synthetic crude oil (SCO), and the blend is called synbit.” Due to an insufficient quantity of NGC in Alberta, bitumen shippers use refined naptha and SCO as a diluent. Dilbit is bitumen diluted 20% to 30% with liquid petroleum gases, usually naptha. Synbit is partially refined bitumen, with sulfur, carbon, and nitrogen removed and hydrogen added. Though neither dilbit nor synbit occurs naturally, both are routinely classified as crude oil for transport.

It is time for regulators to reconsider whether these highly volatile products are really hazmat Class 3 crude oil. In chemistry and volatility, they are more like the Class 2 explosive liquified gases that are banned from non-pressure, general purpose tank cars of the DOT-111, CPC-1232, and (future) DOT-117 variety.

Before CN’s first Gogama wreck Feb. 14, there was a widespread and comforting belief among railroaders, regulators and, yes, even railroad reporters, that tar sands bitumen was much safer for transport by rail than light or conventional crude oils. In fact, the package of oil train reforms now under final study by the White House predicates the ordered phase-out of DOT-111 cars on their deployment to Alberta bitumen service, as newer cars become available for Bakken crude.

We now know, thanks to Gogama 1 and Gogama 2, that neither dilbit nor synbit, the synthetically diluted variant of tar sands oil, are safer than untreated Bakken crude. Consequently, the strategy for renewal of the tank car fleet is based upon an entirely erroneous premise. The whole schedule must be recalculated, based on the evidence that bitumen, diluted for transportation, is simply not an ordinary crude oil fit for carriage in general-purpose tank cars.

Let’s hope that someone in the White House Office of Management and Budget asks the Pipeline and Hazardous Materials Safety Administration (PHMSA) why it did not assess the risks of dilbit and synbit before submitting its timeline for tank car transition. It is unquestionably an astonishing regulatory failure by the nation’s highest authority for the classification and handling of hazardous materials.

The entire strategy underlying the proposed oil train reforms is now simply nullified by facts on the ground. The problem of exploding oil trains cannot be fixed by an extra eighth-inch of steel. The lading is exploding, not the cars.

If Reuters news is right that President Obama himself ordered PHMSA to back off from requiring the treatment of crude oil before transportation, what looks on the surface like an inexplicable bureaucratic failure may prove to be an even bigger case of ill-advised interference in the regulatory process. The country deserves an explanation.

The error could become scandalous should the White House approve the current proposals for the perverse assignment of DOT-111 cars to tar sands service. An entirely fresh start on oil train safety is required, based on the knowledge that the cargo, not the cars, is the explosive factor.

Bakken oil could be treated to remove dissolved explosive gases before loading into tank cars (just as it is for transport by pipeline in North Dakota and for tank car loading in Texas). Bitumen is another matter. It can be steam-heated for loading, and then again upon arrival for unloading. This requires tank cars equipped with internal steam coils—not anticipated in PHMSA’s proposed regulatory package for DOT-117 tank cars.

If the President maintains his opposition to the Keystone XL pipeline, proposed to move tar sands bitumen (and some Bakken crude) to the Gulf Coast, then he must act with equal decisiveness to ensure that it is safe for transport by rail down the Mississipi Valley. That is clearly not the case at present.

SAVE THE DATE for Railway Age’s second annual Crude By Rail Conference this September. Click here for details. 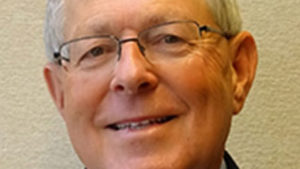 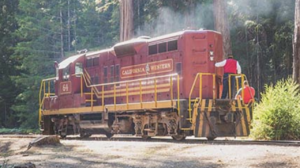