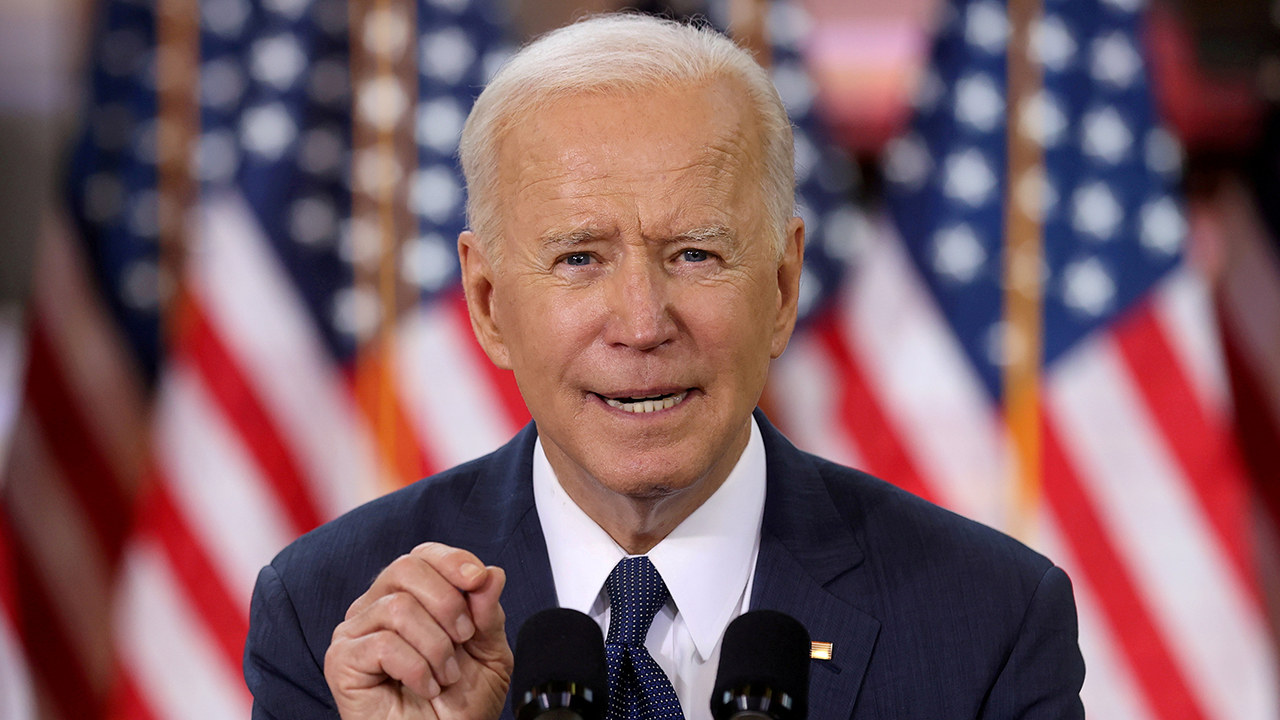 President Biden on July 9 will sign an Executive Order directing federal regulators to “confront consolidation and perceived anticompetitive pricing” in the railroad and ocean shipping industries, among many others, “as part of a broad effort to blunt the power of big business to dominate industries,” according to a July 8 Wall Street Journal story by reporters Tedd Mann and Andrew Restuccia.

“As part of a sweeping Executive Order expected [July 9], the Administration will ask the Federal Maritime Commission and the Surface Transportation Board to combat what it calls a pattern of consolidation and aggressive pricing that has made it onerously expensive for American companies to transport goods to market,” the WSJ said in its story, Biden to Target Railroads, Ocean Shipping in Executive Order, which cited an unidentified “person familiar with the situation.”

“The Administration says the relatively small number of major players in the ocean shipping trade and in the U.S. freight rail business has enabled companies to charge unreasonable fees,” the WSJ said. ”In the case of the seven Class I freight railroads, consolidation has given railroads monopoly power over sections of the country where theirs are the only freight tracks, the person said.”

“The call to crack down on ocean carriers and freights is one facet in a multipronged executive order that will be one of Mr. Biden’s most sweeping unilateral moves on economic policy to date,” the WSJ noted. “The Democratic president, who has stacked his Administration with a cohort of advisers skeptical of corporate power and market dominance, is trying to blunt big business while introducing more competition in areas across the economy. The result, the Administration contends, will be more leverage for smaller companies and individual workers, and less ability for a few huge companies to dictate terms for the economy at large.

“In its actions targeting the transportation sector, the Administration is highlighting what it calls the dangers of consolidation. Three alliances control 80% of the shipping market, the person familiar with the executive order said. In 2000, this person said, the 10 largest shipping companies controlled just 12% of the oceangoing freight business. The White House says that dominance has come at a cost for American exporters, allowing the companies to extract higher rates and to exercise greater power to charge fees like those for demurrage, essentially late fees on shipments that aren’t picked up from freight terminals on time.”

“A wave of combinations in the 1990s left the U.S. with just seven Class I freight railroads, though STB merger rules in place since the Administration of President George W. Bush have effectively prevented further consolidation,” the WSJ noted. “Still, the White House argues that the current state of the industry leaves railroads with effective duopolies in much of the country, and monopolies at the local level, meaning customers have little leverage to negotiate prices. The Executive Order will encourage the STB to take up a longstanding proposed rule on so-called reciprocal or competitive switching (what the Association of American Railroads calls “forced access” – Editor), the practice whereby shippers served by a single railroad can request bids from a nearby competing railroad if service is available. The competitor railroad would pay access fees to the monopoly railroad, but could win the shipper’s business by offering a lower price.

“The STB proposed a competitive switching rule in 2016 but hasn’t yet acted on it. Any movement would likely trigger a major fight with freights and the … AAR, which has long opposed the policy. ‘The consolidation brought about much-needed rationalization in the system 25 years ago, but the net result is a lot of shippers who are subject to a market-dominant railroad,’ said a government official briefed on the White House’s proposal for the STB.

“The White House will also encourage the STB to consider proposals that would compel railroads to offer rates that would better enable shippers to cobble together routes across competing rail networks to lower their costs, and to more readily bring cases to the STB to challenge railroads’ rates, this person said.”

The Wall Street Journal cited the dispute over Gulf Coast passenger rail service involving Amtrak, CSX and Norfolk Southern, and the competition between CN and Canadian Pacific to acquire Kansas City Southern, both of which the STB is dealing with “as the regulator faces one of its busiest workloads in years.”

“The STB, as an independent regulatory agency (and that goes, as well, for the Federal Maritime Commission) is under no statutory obligation to follow Executive Orders. However, neither the ICC nor STB have ever challenged an Executive Order. In fact, as a practical matter, the actual independence from the Executive Branch is more myth. This is so for three reasons:

“Two, an STB member seeking a second term must be nominated by the President. Thumbing one’s nose at an Executive Order is not a strategy for renomination.

“Three, while Congress determines STB budgets, the Executive Branch Office of Management and Budget—and the President through a bully pulpit—has meaningful sway in that process.

“While the statute is clear that the STB alone has authority to approve or reject rail merger applications, the 1995 ICC Termination Act (ICCTA) instructed the STB to give ‘substantial weight’ to competition-related recommendations of the Department of Justice Antitrust Division. Thus, the Executive Order is, in this regard, merely parroting the ICCTA. In fact, the STB was transparent in making clear in its Canadian Pacific-Kansas City Southern voting trust decision the views of the DOJ as to voting trusts.

“Of historical note, in 2001, after an appellate court upheld the STB’s 15-month merger moratorium, allowing it to construct its New Merger Rules—resulting in BNSF and CN voluntarily scuttling their proposed merger, I quoted BNSF CEO Rob Krebs as saying, ‘Several years ago, when the ICC was on its last legs, I favored shifting jurisdiction over railroads to the Justice Department. Today, I wish I’d worked harder to make that happen.’

Of additional note, Krebs became the first railroad CEO to be associated with two unconsummated mergers between Class I railroads. The first was while he was Southern Pacific’s CEO, and the ICC denied its application to merge with the Santa Fe.”

“The Wall Street Journal report discussed the challenging current state of the rail industry that has left railroads with duopolies and monopolies at the local level, leaving customers with little to no pricing leverage,” notes Cowen and Company Managing Director and Railway Age Wall Street Contributing Editor Jason Seidl. “The Executive Order may encourage a proposed rule of reciprocal switching, which in theory gives shippers more optionality, but as we have noted in the past, switching often comes with declining rail service levels due to delays. Reciprocal switching already exists in Canada, but we would expect most/all the U.S. based Class I’s to be opposed to the idea.

“While the railroads have consistently taken up their pricing for nearly two decades, they are far from leading the pack this year. Ocean spot rates have been as high as 3-4x the prior year, forcing some shippers to switch to airfreight options. Trucking spot rates remain near all-time highs and are ~50% above the prior year. Meanwhile, contract rates are trending ~10% above the prior-year levels, according to industry contacts. This compares to the rail industry, which is tracking at ~3.5%-4% rate increases for recent contract renewals.

“Every industry contact we have spoken with was surprised by the potential Executive Order. The Administration has maintained a clear message on large corporations and anti-competitive issues, but Big Tech was thought to be the focus.

“In the near term, we expect all railroads to be under pressure, with Kansas City Southern being down the most, given the potential merger fallout. We would expect investors to look to the Canadian rails as they are the least exposed to potential regulatory headwinds. CP is the least exposed to the U.S., followed by CN.

“If an Executive Order does not explicitly ban further rail mergers, the STB could continue to evaluate the CN/KCS deal, but significant conditions may be imposed on the final approval to ensure maintained competition. The rail industry, via the AAR, is almost certainly going to fight an Executive Order in the courts, which could tie up a final decision for quite some time.”

The President’s Executive Order, to be signed July 9, “seems somewhat watered down from WSJ predictions,” based on the White House Fact Sheet (download below), according to Frank Wilner.

Following is the only language in the Fact Sheet that directly addresses rail:

• “In the transportation sector, multiple industries are now dominated by large corporations—air travel, rail, and shipping … In 1980, there were 33 ‘Class I’ freight railroads, compared to just seven today, and four major rail companies now dominate their respective geographic regions. Freight railroads that own the tracks can privilege their own freight traffic—making it harder for passenger trains to have on-time service—and can overcharge other companies’ freight cars. In the [Executive] Order, the President encourages the Surface Transportation Board to require railroad track owners to provide rights-of-way to passenger rail and to strengthen their obligations to treat other freight companies fairly.”