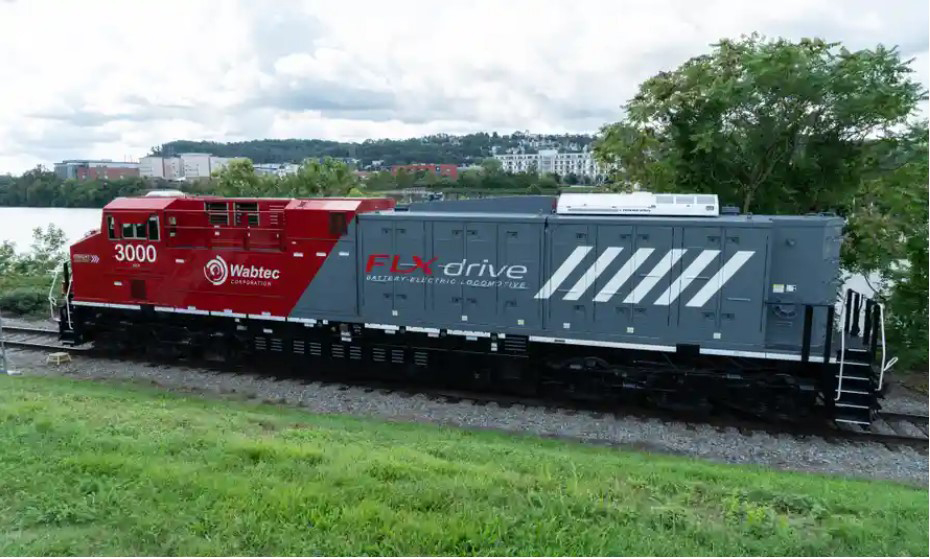 A third order for FLXdrive battery locomotives has been placed with Wabtec from an Australian operator. (Wabtec Photograph)

This is the third order to be placed by an Australian freight company for battery-electric locomotives.

The 7MW units, which are entirely battery-powered, are expected to reduce WAIO’s fuel costs and emissions by a double-digit percentage per train due to the topography of the Pilbara-Port Hedland route on which they will operate.

Currently, four diesel-electric locomotives in a consist are used to haul 38,000-ton trains consisting of 270 iron-ore railcars. The FLXdrive units will be formed in the consist and will recharge during the journey through regenerative braking. Wabtec’s Trip Optimizer technology will be installed on the locomotives and will determine the optimal times to discharge and recharge the batteries along the route to ensure the most fuel-efficient operation of the entire locomotive consist.

Wabtec is also constructing four FLXdrive locomotives for Rio Tinto and one for Roy Hill in Australia, as well as one unit for CN for use on the Bessemer & Lake Erie portion of its network in Pennsylvania. Additionally, Wabtec and Genesee & Wyoming recently embraced on a joint venture in association with Carnegie-Mellon University.