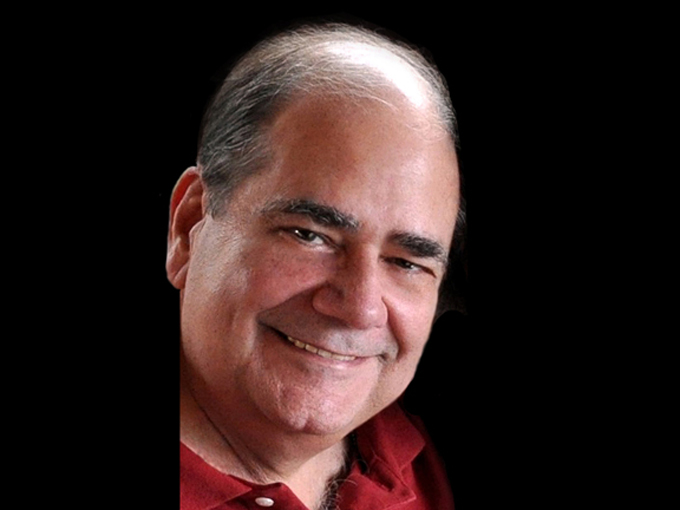 Kenneth Kermit Kitts was not only the man who facilitated the interview that resulted in my being hired as a switchman on the Seaboard Coast Line Railroad in 1977. He was my mentor and friend. He also had the undying respect of every man and woman who ever worked for, or personally knew him. He died Jan. 23, 2018.

Nice guys finish last”? If that’s true, he was the ultimate exception. Fresh out of the U.S. Navy following the Korean War, Kitts and his friend, Kenneth Dufford (for whom CSX named their unified Jacksonville dispatching center) went to work in Wilmington, N.C., for Champion McDowell Davis, then president of the Atlantic Coast Line. Davis was soon succeeded by W. Thomas Rice, Jr. Kitts’ career concluded in Jacksonville, Fla., as CSX’s Assistant Chief Transportation Officer. Along the way, he married and raised a family who called Waycross, Rocky Mount, Richmond, Charlotte and other small towns and large cities their home. He retained the original set of blueprints and built the same house five times. Whether the logo on his business card read ACL, SCL, SBD, Family Lines or CSX, it was his railroad, and he was proud of it.

Kitts loved photographing the railroad—people especially. Prior to my railroad career, He sold me my first “good” camera—a Canon FTb, which I still treasure. When I paid him for it, and he handed it to me, I remarked that it had a super-sensitive 1.4 normal lens—not the less expensive and noticeably inferior 1.8 on which the price was based, so I offered to exchange it or pay more. “No. Keep it. You’ll find you can almost take pictures in the dark it with. It’ll be good for you, and you’ll really enjoy photography using it.” He refused to take a penny more. He was just that type of person.

In an extremely fortuitous move, Kitts was dispatched to Richmond as an assistant superintendent when the ACL and SAL merged in 1967. Only a few places on the combined system would not experience the devastating effects brought on by the amalgamation of the two roads—yards, shops and offices, resulting in the migration of large segments of the workforce. Shoehorned into the same cramped workplaces, hatred and mistrust permeated for nearly 20 years—sometimes even breaking out into actual physical altercations.

Enter into this bubbling caldron, K. K. Kitts—an ACL “purple” man, whose office was at SAL’s Hermitage Yard, one of the facilities slated to be dismantled and razed. Seaboard’s officials were renown for their solid personable relationships with the railroad’s employees. How dare they put a Coast Line man in charge? They quickly learned why: Kitts lived the golden rule, personally and professionally. He instituted an open-door policy and prefaced any conversation by calling the employee “Mister,” (or Ma’m, as circumstances dictated,) bathed in the distinct Southern drawl acquired from his upbringing in Tennessee.

“Tell me the truth, and I’ll do anything I can for you. Lie to me, and I can’t do anything to help you.” He went on to be appointed Assistant Division Superintendent of the SCL Rocky Mount, and later Raleigh Divisions. He was beloved to the degree that during one strike, when managers operated trains in lieu of unionized employees, when Kitts was about to send a cut of cars into a darkened siding with a derailer set to send an errant movement crashing to the ground, one brakeman threw down his picket sign, ran quickly over to Kitts, pointed to the hazard, and hurriedly threw the switch to avert a disastrous derailment.

“I had to put limits on things though,” Kitts once chuckled. “It got so that people would come into my office, close the door, and confess to rule violations that the railroad wasn’t even aware of—sometimes so serious that they could not be handled without discipline. Just the same, in the investigation, I’d note the honestly and forthrightness of the employee and recommend leniency. Everyone makes mistakes. People don’t expect a free ride, they just want to be treated with trust and respect.”

Once, to keep a long, underpowered, over-tonnage freight moving, Kitts told the head brakeman that he’d drive ahead and throw a switch for them that was normally lined against their movement. Otherwise, the train would stall and its crew would fall victim to the Hours of Service, tying up the entire town. A blown tire on his company car however, prevented him from getting there before the engine ran through the (luckily) trailing point switch. Seething with anger upon learning about the incident, the division superintendent vowed to make an example of the train crew, until Kitts explained what had happened, took responsibility for it, and insisted that whatever punishment the crew was given, he also should share.

His sincerity was never in doubt, on or off the property. In Rocky Mount, he helped transform the Railroad YMCA into a community health club. Kitts would exercise daily, keeping himself physically fit, encouraging everyone—office workers to hostlers—to do the same, even working out payroll deductions to make it easier. That in and of itself made his passing from dementia all the more cruel and unfair to me.

Why am I writing about the loss of my friend? Many of you may have known him, either during his management career, or during the post-CSX stint he spent as an FRA operating rules compliance officer based in Charlotte. My outlook on the railroad—my own workplace, and the industry in which I worked most of my life—was shaped by Kenneth Kitts. As a result, I am an eternal optimist when it comes to labor-management relationships. I’ve personally witnessed that the honest efforts of a single man can and do make a difference, in practice—not merely in theory.

During my career, especially the years I spent as an elected union representative, I endeavored to see both sides of an issue. To do that, it meant acquainting myself with company representatives, coming to understand their limitations and constraints, as well as the position of the industry as a whole. As I told one angry member, bent on sending a reasonably fair, compromised contract ratification down to defeat because it didn’t contain everything the union had originally demanded, we were not dealing with Santa Claus or the Tooth Fairy. When there’s only so much room to wiggle, you use your best judgment to affect the best settlement you can reach, move on, and negotiate further the next time.

Can the management style of Kenneth Kitts work in today’s soulless, profit-driven, operating ratio crazed railroad industry? As long as there are human beings on both sides willing to place trust in the other, and act with respect, there’s hope. If we can bring ourselves to recognize that in the end, combativeness is anti-productive, but that cooperation means higher long-term yields for both, I still believe it can.

Is anyone out there willing to try? I hope so. Open the door. Meet the people who work for you. You may find that they’re good people. In return, they may discover that you are too.