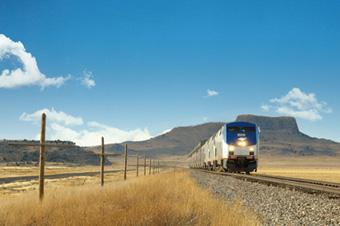 Benito Mussolini infamously made Italian passenger trains run on time, but Fascism is hardly the answer for Amtrak.

A more democratic answer was delivered by Congress in 2008 through a provision in the Passenger Rail Investment and Improvement Act (PRIIA), but a federal appeals court July 2 drove a spike through that provision’s heart, leaving—assert critics of the court decision—Amtrak’s on-time arrivals at the heartless mercy of freight railroads that own most of the track over which Amtrak operates. Freight railroads do not agree.

Actually, the original agreements between Amtrak and its host railroads—voluntarily negotiated in 1971—did not give passenger trains priority, and included a clause that passenger trains not “unreasonably interfere” with freight service. Congress created the priority access right in 1973 out of frustration with bankrupt Penn Central’s gridlock on the Northeast Corridor. In utilizing freight-railroad owned track, Amtrak pays a user fee, which includes incentive payments for on-time performance, less penalties for late arrival.

So vexatious has been the on-time arrival problem for passenger trains that in 2006, not a single on-time arrival was recorded for the California Zephyr operating over BNSF and Union Pacific track between Chicago and San Francisco. The Coast Starlight, linking Los Angeles and Seattle, had a 4% on-time arrival. The Department of Transportation’s inspector general reported that for all Amtrak long distance trains in 2007, the on-time arrival rate was but 42%, and passenger train delays were costing Amtrak $137 million annually in overtime wages, additional fuel, and lost revenue from disgruntled passengers.

Freight railroads contend the user fees paid by Amtrak do not fully cover the costs of providing that access, much less justify absolute priority over freight trains.

Amtrak passenger train delays were traced, largely, to host freight railroad dispatching practices that allegedly violated the statutory preference mandate. But freight railroads say that, in some instances, Amtrak demands preference even when its own departures are late, and “preference” must be redefined with an eye on keeping the freight rail network fluid.

Former Federal Railroad Administrator Bob Blanchette, while later vice president of law for the Association of American Railroads (AAR), observed that Amtrak’s preference right could not, rightfully, extend into perpetuity; that Congress, in imposing the preference mandate in 1973, could not have foreseen the necessitous slimming down of America’s freight rail network, the subsequent growth in freight traffic, and the shift to a just-in-time logistics model for industries requiring stop-watch precision for freight shipment arrivals. 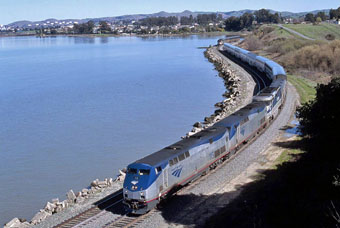 Following decades of private negotiations between Amtrak and the freight railroads, punctuated by Amtrak’s occasional public outcries of alleged freight railroad intransigence, Congress in 2008 sought a collaborative solution through a provision of the PRIIA instructing the FRA and Amtrak—in consultation with the Surface Transportation Board, freight railroads, states, rail labor, and rail passenger organizations—to develop metrics and minimum standards for measuring Amtrak passenger train performance and service quality.

The provision provided that if freight railroads fail to meet an 80% on-time performance standard in two consecutive quarters (i.e., arrivals within 30 minutes of published schedule for routes 550 miles or longer), then Amtrak, or a state that subsidizes Amtrak service, or a connecting host freight railroad, may ask the STB to determine if the delays are caused by the failure of a host railroad to provide preference to Amtrak passenger trains.

If the STB then determines the host railroad is at fault, the STB was given authority to levy fines, which may be paid to Amtrak for equipment or operational upgrades, and to prescribe a remedy.

In fact, Amtrak used this provision to bring a complaint against Canadian National’s alleged failure to provide priority handling of nine Amtrak passenger trains on CN’s Grand Trunk Western and Illinois Central subsidiaries in the U.S. Amtrak alleged CN was “engaged in a pattern and practice of obstruction and delay in violation of its obligation to prioritize Amtrak trains over freight [train operation].” CN countered that Amtrak’s conductor-delay reports were unreliable. 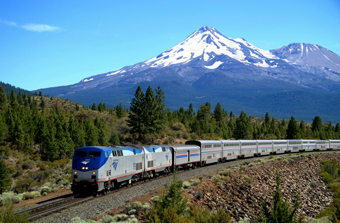 Shortly after PRIIA was enacted into law, the AAR filed suit in U.S. District Court for the District of Columbia (Association of American Railroads v. Department of Transportation, et al, Civil Action 11-1499) alleging PRIIA’s provision—permitting the FRA and Amtrak jointly to set the metrics and minimum standards for measuring Amtrak passenger train performance and service quality—was an unconstitutional delegation of lawmaking and rulemaking, as Amtrak is not a government entity, but rather was created by Congress to operate and be managed as a for-profit corporation.

The AAR argued Amtrak is a “financially interested private party that stands to directly benefit from violations of the rules it created” when Amtrak brings before the STB complaints against freight railroads.

In May 2012, the federal district court dismissed the AAR complaint, ruling Amtrak is a governmental entity for limited purposes required by PRIIA—and even if Amtrak is deemed a private entity, the FRA has sufficient authority to satisfy constitutional scrutiny.

On appeal by the AAR to the U.S. Court of Appeals for the D.C. Circuit (Association of American Railroads v. U.S. Department of Transportation, et al., No. 12-5204), the district court ruling was reversed. The appellate court ruled that Amtrak, while taxpayer supported, is, in fact, a private entity and Congress improperly gave it regulatory power over freight railroads in violation of the Constitution. The appellate court likened the PRIIA provision at issue to Congress improperly giving General Motors, in concert with DOT, power to regulate all automobile manufacturers. 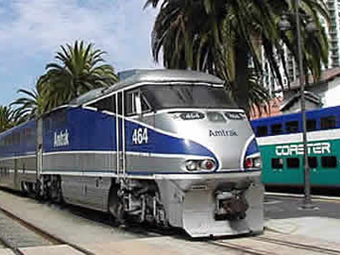 An FRA official told Bloomberg news that the now invalidated provision had resulted in reducing Amtrak passenger train delays, “culminating in a historic best [on-time performance] for Amtrak in 2012.” Freight railroads cite the reason as economy-related freight volume declines and their immense capital investments to increase track capacity and quality.

Amtrak declines to comment, saying the lawsuits were filed against DOT and the FRA, and not Amtrak. However, Amtrak intends to continue collecting and publishing on-time performance and delay data and will continue using the data internally and in meetings with freight railroads in an effort to improve on-time performance of passenger trains.

While the requirement for Amtrak passenger-train dispatching preference remains the law, invalidated by the appellate court was the requirement for Amtrak and the FRA to establish metrics and minimum standards for measuring Amtrak passenger train performance and service quality. However, the STB still may assess monetary penalties and impose remedies, but the court’s invalidation of the metrics and minimum standards established by Amtrak and the FRA leaves in doubt what exactly are delays and how they are to be measured.

The three-judge appellate court decision—voiding the mechanism for measuring delays and service quality —may effectively return to paper tiger status the priority handling requirement, since if freight railroads perceive they no longer face penalties for delaying passenger trains, a sturdy incentive to comply allegedly is eviscerated. The Amtrak complaint against CN may well be the first casualty, becoming moot with the appellate court ruling. In voiding the PRIIA’s mechanism for measuring on-time performance and delays, it could be difficult—and the subject of lengthy new STB introspection and court action—how the on-time performance requirement should be measured and enforced.

Not known is whether DOT will seek en banc reconsideration of the three-judge panel by all eight active appellate court judges, or ask the solicitor general to appeal to the Supreme Court.

Notwithstanding that this was a significant victory for the freight railroads, the AAR extended an olive branch, saying, “Freight railroads recognize Amtrak wants to run trains on time, and [freight railroads] work closely with Amtrak to help make this happen. However, freight railroads believe setting and measuring schedules and on-time performance metrics should not be done through a one-size-fits-all approach at the federal level, but addressed jointly through private bilateral contracts that take into account the facts and circumstances of particular routes.”

Freight railroads say also that it is “good politics” to work productively with Amtrak, and it is a “good business practice” to keep passenger trains on-time so as to collect the incentive payments.

While Congress could write new statutory language establishing metrics and minimum standards for measuring passenger train delays and service quality—which would pass court muster—Republicans, who control the House, are lukewarm, at best, toward Amtrak. In fact, the House Transportation Appropriations Subcommittee voted in June to “significantly reduce” spending on Amtrak for fiscal year 2014.

Alas, Amtrak seems condemned to the life of a frustrated high-hurdler—as no matter the hurdles it clears, new ones are erected, and the finish line toward world-class service and a reliable and consistent source of funding continues to retreat.

Most compelling is for Congress to decide if it wants America to have long-distance passenger trains, which will require a consistent and reliable source of federal funding.

Perhaps only Sisyphus would understand.