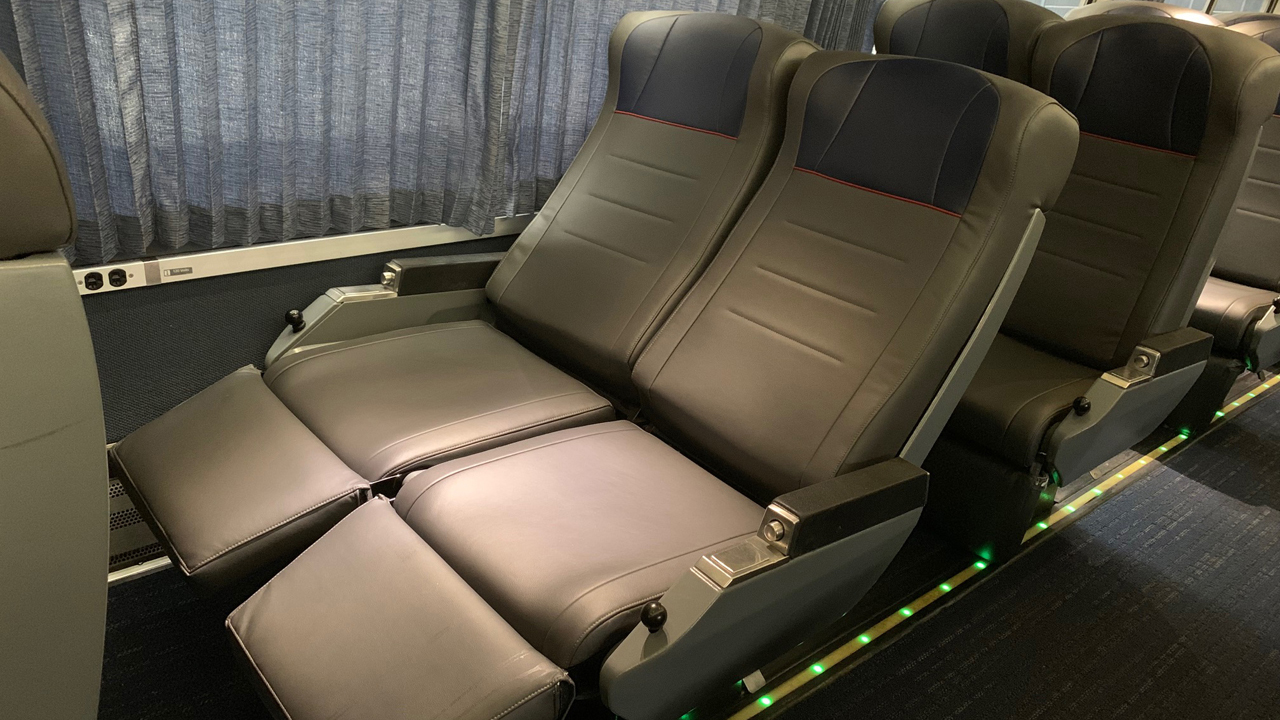 Recline away on Amtrak's new seats.

Amtrak recently announced new amenities to its Acela Nonstop trains, as well as upgrades to its long-distance trains.

First, Amtrak announced the changes to its Acela Nonstop train—which begins its inaugural trip on Monday, Sept. 23—including upgrades such as complimentary coffee, tea water and a light snack; “at seat” cashless cart service offering a limited menu of snacks and beverages; and onboard phone charging kits for sale.

Acela service will continue to offer its current features, including the full menu in the Café Car, as well as access to the Quiet Car.

“Train travel offers a number of advantages over other modes of transportation, and with the new amenities offered on Acela Nonstop, we are raising the bar even higher to enhance the journey,” said Vice President of Amtrak Northeast Corridor Service Line Caroline Decker. “On the Northeast Corridor, Acela’s savvy, sophisticated customers expect a premium experience when they board our trains, and that’s what they will be getting with these new amenities and with nonstop service.”

In addition, Amtrak’s long-distance trains now include a new, flexible dining service for Sleeping Car customers traveling on the Cardinal, City of New Orleans, Crescent and Silver Meteor starting on Oct. 1 and the Silver Star in 2020.

Sleeping Car customers aboard these routes will “enjoy more choice in onboard dining and can expect the following enhancements to the complimentary meal service:

“The new flexible dining menu offers entrees such as:

More information and sample menus can be found at Amtrak.com/flexdining.

In the coming months, Amtrak noted, customers can also expect:

“Traveling on one of our trains has never been just about the destination—the journey is part of the adventure,” Amtrak President and CEO Richard Anderson said. “We continue to evolve our onboard accommodations and dining experience to meet the needs of today’s customers.”