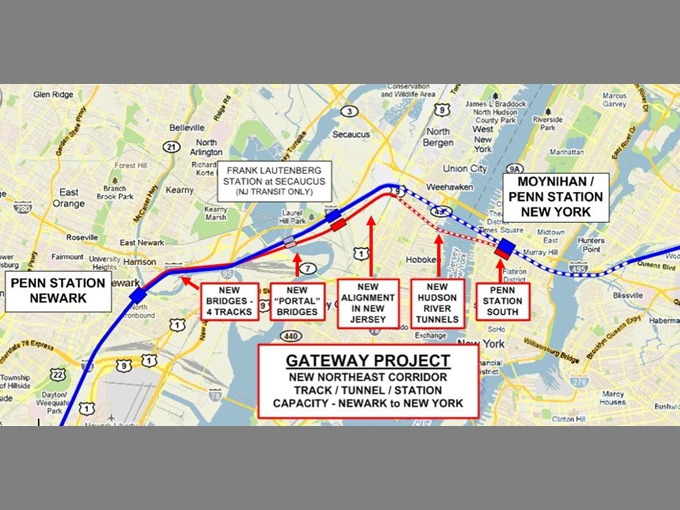 The American Council of Engineering Companies (ACEC) has presented a National Recognition Award for exemplary engineering achievement to the New York City-based team of WSP | Parsons Brinckerhoff, STV and AECOM for developing the system-level design of Amtrak’s Gateway Project, which will improve rail access between New Jersey and Manhattan.

ACEC, the Washington-D.C.-based business association of the engineering industry representing more than 5,000 independent engineering firms throughout the U.S., presented the award as part of its 50th annual Engineering Excellence Awards (EEA). Recognition of all award winners including top commendations—20 Honor Awards, 16 Grand Awards and the prestigious “Grand Conceptor Award” for the year’s most outstanding overall engineering achievement—will take place at the annual EEA Dinner and Gala, a black-tie event to be held April 25 at the Marriott Wardman Park Hotel in Washington, D.C.

“As part of the development of a new rail tunnel beneath the Hudson River, the project team focused on integrating critical systems—signals, track, traction power, emergency ventilation, safety and security systems, and rolling stock—to the proposed alignment,” ACEC noted. “The systems were carefully planned and developed to ensure that the new tunnel can accommodate the expected growth of Northeast Corridor rail service well into the future. With 2012’s Superstorm Sandy still fresh in the minds of New York City-area residents, the Gateway system-level design also safeguards the new tunnel from potential catastrophic weather events. These and other measures will provide the resiliency necessary for Amtrak and area commuter rail systems to maintain operations during emergencies and preserve safe, efficient mobility across the region.”

The Gateway project is among 162 engineering achievements from throughout the nation and the world being recognized by ACEC as the year’s finest examples of engineering excellence, and eligible for additional top national honors. Judging for the awards program—known industry-wide as the “Academy Awards of the engineering industry”– took place in February, conducted by a national 30-member panel of civil engineering professionals, along with experts from government, the media and academia. Award criteria focuses on “uniqueness and originality, technical innovation, social and economic value, and generating excitement for the engineering profession,” ACEC said.