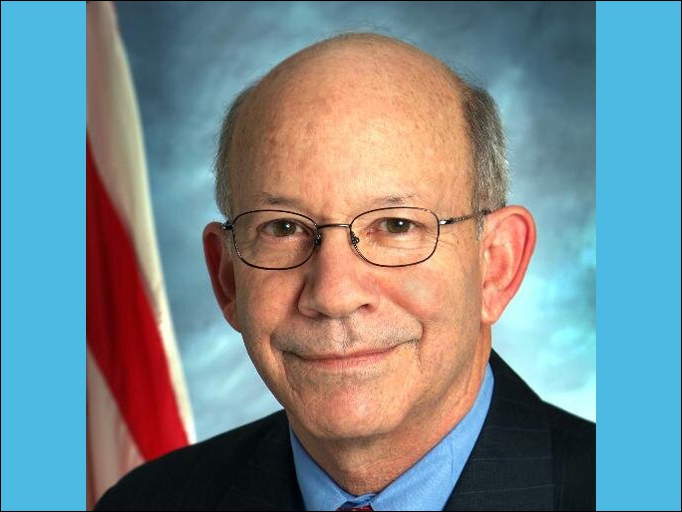 The Association of American Railroads and advocacy organization GoRail have honored Rep. Peter DeFazio (D-Ore.) with the Railroad Achievement Award.

Recognized for his longstanding, bipartisan leadership on issues affecting both freight and passenger railroads, DeFazio accepted the award at the manufacturing facility of Willamette Valley Co. The Railway Engineering-Maintenance Suppliers Association (REMSA), which represents WVCO, and eight other Oregon rail-related manufacturers, coordinated the event.

“Freight railroads serve almost every industrial, wholesale, retail and resource-based sector of the economy and provide firm footing for the vast majority of passenger and commuter rail in this nation,” said AAR President and Chief Executive Edward R. Hamberger. “As the Ranking Member of the House Transportation & Infrastructure Committee, and with an accomplished career in Congress, few leaders understand this fundamental truth more than Congressman DeFazio. His leadership was especially evident in passing the Fixing America’s Surface Transportation (FAST) Act in 2015, the first long-term surface transportation bill in a decade, which included several key railroad provisions, such as Amtrak reauthorization.”

The Railroad Achievement Award is given periodically to members of Congress who have shown leadership on policies that help ensure the vitality of railroads in the United States.

“Communities and companies all across America benefit from an innovative freight rail industry that invests more than 40 cents of every revenue dollar back into the nation’s rail network,” said GoRail President Russell McGurk. “Making this possible are sound public policies and elected leaders like Congressman DeFazio with the foresight to enact and protect those policies.”

Said David Tennent, Executive Director and CEO, REMSA, “We look forward to continuing to unite railroads and suppliers to advocate for sound, fact-based policies that will continue to create jobs and growth across the United States.”