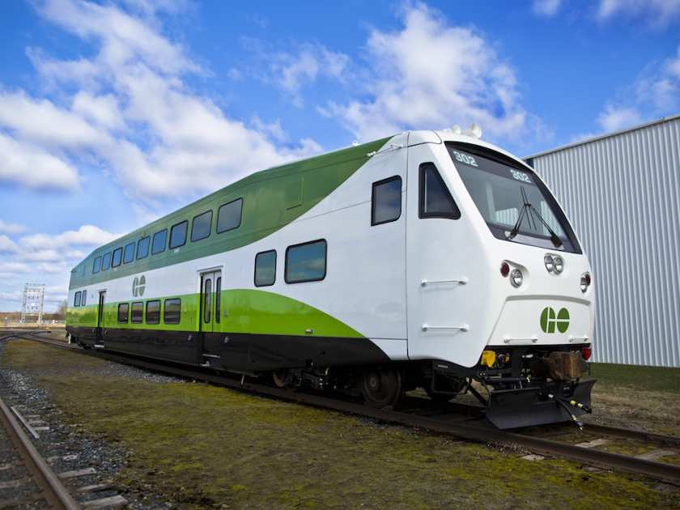 “Speculation that Bombardier Transportation, as the train division is known, might merge with a European or Chinese competitor is not exactly new,” wrote the Globe’s Eric Reguly and Nicolas Van Praet. “In recent years, rumors of merger or purchase attempts have surfaced every few months. Bombardier itself has said it is open to a deal for the train division, whose headquarters are in Berlin. . . . Bloomberg said [Siemens and Bombardier] were in talks to merge their [locomotives and rolling stock] and signaling activities and that a deal could come by midyear.”

The Globe also noted that when Alain Bellemare replaced Pierre Beaudoin as Bombardier CEO in 2015, “he said the company would consider consolidation options for Bombardier Transportation (BT). At the time, Bombardier had contemplated putting BT on the stock market through an initial public offering but chose instead to sell 30% of BT to the Caisse de dépôt et placement du Québec (a Canadian institutional investor that manages funds primarily for public and parapublic pension and insurance plans) for C$1.5 billion. The investment valued BT at about C$5 billion.

As well, the Globe said, “It is widely known that BT has been courted by Chinese train companies, who are eager for a ‘turnkey’ operation in Europe that would instantly give them a full operating and managerial presence, from factories and R&D centers to lobbyists and lawyers. The merger of China’s two largest train makers [into CRRC, which recently has established a foothold in the U.S. with transit rolling stock contracts in Boston and Chicago] has heightened competition, and Bombardier is said to have held exploratory talks in recent years with a number of strategic players. A combination [of Siemens and BT] would be ‘a European answer’ to the Chinese merger, rail consultancy SCI Verkehr has said.”

Click HERE to read the full Globe and Mail report.

If the Siemens AG acquisition of Bombardier Transportation comes to fruition, it will be a combination of mostly European companies that trace their roots to the mid-19th century.

Siemens AG in recent years has grown its signaling and train control business through its acquisition of Britain’s Invensys Rail, which had previously acquired the U.S. company Safetran Systems. Siemens AG traces its roots to Siemens & Halske, founded by Werner von Siemens and Johann Georg Halske in 1847. In 1966, Siemens & Halske, Siemens-Schuckertwerke (founded 1903) and Siemens-Reiniger-Werke (founded 1932) merged to form Siemens AG. The Siemens rail rolling stock business today is known as Siemens Mobility; the signaling and train control business is Siemens Rail Automation. Both came about in 2008 from a corporate restructuring that involved Siemens Transportation Systems and other Siemens AG divisions.

Today’s Bombardier Transportation came about as a result of several consolidations and acquisitions over a period of nearly 30 years. BT was established in 1974; its first order came from Société de transport de Montréal (STM) that year for rubber-tired metro cars. In 1975, Bombardier (founded in 1942 by Joseph-Armand Bombardier, inventor of the snowmobile, as L’Auto-Neige Bombardier Limitée, or “Bombardier Snow Car Limited”), acquired the assets of MLW (Montreal Locomotive Works, founded 1883) and Urban Transportation Development Corporation (UTDC, established 1975) from the Government of Ontario, which had acquired Hawker Siddeley Canada. (MLW was sold to General Electric in 1988). In 1987, Bombardier bought the assets of two U.S. firms, The Budd Company and Pullman-Standard. In 2001, BT acquired Adtranz (ABB Daimler-Benz Transportation; after 1999 DaimlerChrysler Rail Systems) from DaimlerChrysler, which traced its roots to the 1988 merger of Switzerland’s Brown-Boveri (founded 1881) and Sweden’s ASEA (Allmänna Svenska Elektriska Aktiebolaget; English translation “General Swedish Electric Company,” founded 1883) to form ABB Group.