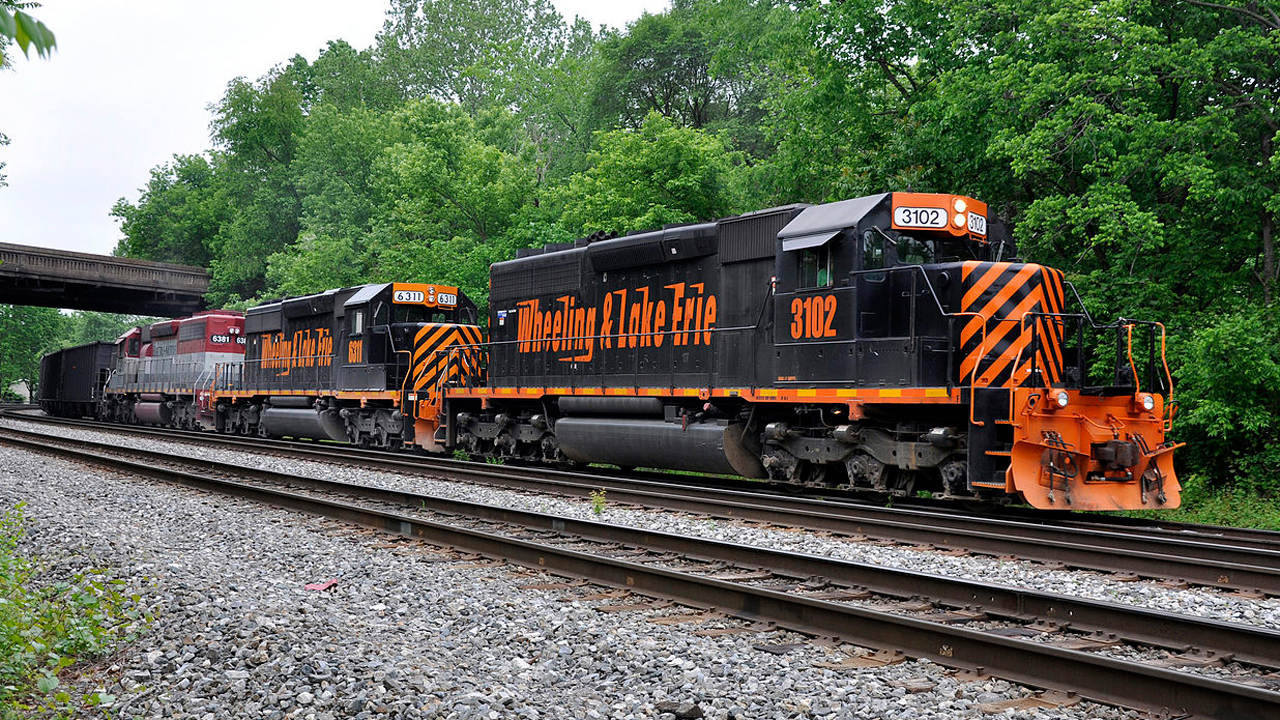 The Ohio Rail Development Commission (ORDC) has approved a $490,626 grant for a project in Spencer that will improve public safety and rail traffic fluidity by reconfiguring connecting tracks between four Wheeling & Lake Erie Railway (W&LE) lines.

ORDC on July 20 awarded the grant, which fulfills its match requirement on a submission to the Federal Railroad Administration’s (FRA) Consolidated Railroad Infrastructure and Safety Improvement (CRISI) grant program. ORDC and Ohio-based W&LE—Railway Age’s 2004 Regional Railroad of the Year—submitted a CRISI application for the nearly $10 million project in November 2021, and were awarded up to $6,868,768 in June 2022. ORDC and W&LE are providing a 30% match.

Spencer, Ohio, is located at the convergence of the W&LE Subdivision’s Hartland (north), Akron (east), Brewster (south), and Carey (west) lines (see maps below). Two connecting tracks currently exist: the Spencer Connecting Track in the southwest quadrant between Carey and Brewster, and the Spencer Transfer Track, in the northeast quadrant between Hartland and Akron. “[D]ue to the configuration of the connecting tracks, traffic moving between the lines blocks the North Main Street/State Route 301 crossing,” ORDC reported. “This project will alleviate these crossing blockages while increasing the fluidity of W&LE’s operations in the area.”

“The Spencer project is the result of a concerted effort between the ORDC, FRA and W&LE, and carries with it several benefits,” said Dan Reinsel, W&LE’s AVP of Engineering and Signals. “These benefits include, but are not limited to, a reduction in timely delays for vehicular traffic, increased train operation efficiencies and emission reductions. We are very pleased this project is moving forward.”

“By enhancing operation efficiencies and reducing the blockages at the crossing, the improvements will increase safety for the traveling public and support W&LE in its continued growth into the future; a win for all involved,” ORDC Executive Director Matthew Dietrich said.

In 2018, the Public Utilities Commission of Ohio approved construction authorization from ORDC directing the regional to upgrade a crossing in the village of New Washington, Crawford County.