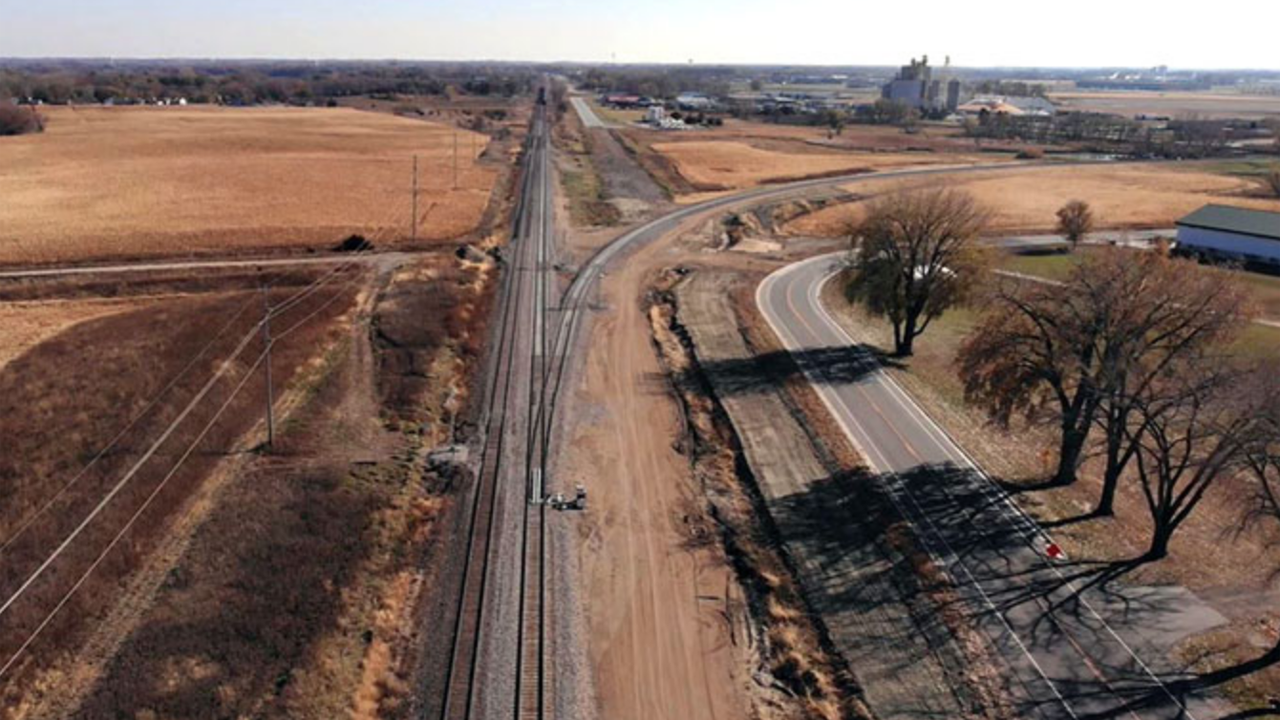 ​​“And now I can retire,” Randy Anderson, a BNSF locomotive engineer based in Sioux City, Iowa, said recently. “For years I have said that as soon as the bypass is complete, I'm hanging up my boots. The new bypass allows train crews to keep on moving through this area. It's a really good thing and will continue to benefit the railroad and community for years to come.”

After years of work to secure the land and get the permitting and funding needed to build a new rail bypass near Willmar, Minn., the team recently celebrated completion of this important project for BNSF and our customers.

The 2.8 miles of new track and wye are collectively referred to as the Willmar Bypass. Now that these have been built, trains no longer have to enter Willmar and stop at the terminal in the middle of town to change directions to go to and from our Morris and Marshall subdivisions. They can now bypass the terminal on the new track that connects them.

“Besides the numerous safety benefits, the bypass also allows trains to move through this area about an hour faster than they used to,” Grant Haag, General Manager of BNSF’s Twin Cities Division, said. “This will be especially beneficial during grain harvest when we see a substantial number of grain trains moving through the Willmar terminal.”

And, when trains don’t have to reposition at Willmar in the winter, it’s a huge benefit for getting trains where they need to go because they will be able to “maintain their air,” meaning the air in the air brakes, which can be slow to pump back up in cold conditions.

Area residents will benefit as well. The bypass will reduce rail traffic congestion in Willmar, and that will result in fewer blocked crossings.

“The success of this project was made possible by a public-private partnership between the Minnesota Department of Transportation, Kandiyohi County, the city of Willmar, the Economic Development Commission of Kandiyohi County and the City of Willmar, and BNSF—with the help of a U.S. Department of Transportation TIGER grant,” French Thompson, General Director, Public Investment, said. “BNSF hopes to replicate this success with other communities across our system through our Public Infrastructure team.”

To complete the project, BNSF’s Engineering Services team collaborated with community members and several local, state and federal entities to design a track and roadway system that benefited all. Completion of the bypass required realignment of a major highway as well as construction of two overpasses.

Our Engineering team used a plan that brought in regional mobile gang employees to work alongside our local Willmar-based team to build the new track and signals system for the wye.

So, when exactly is Anderson hanging up his boots? “It’ll be sometime right after the first of next year,” he said. “Until then, I’ll be enjoying the new bypass.”

This article first appeared in the Rail Talk section of the BNSF website.