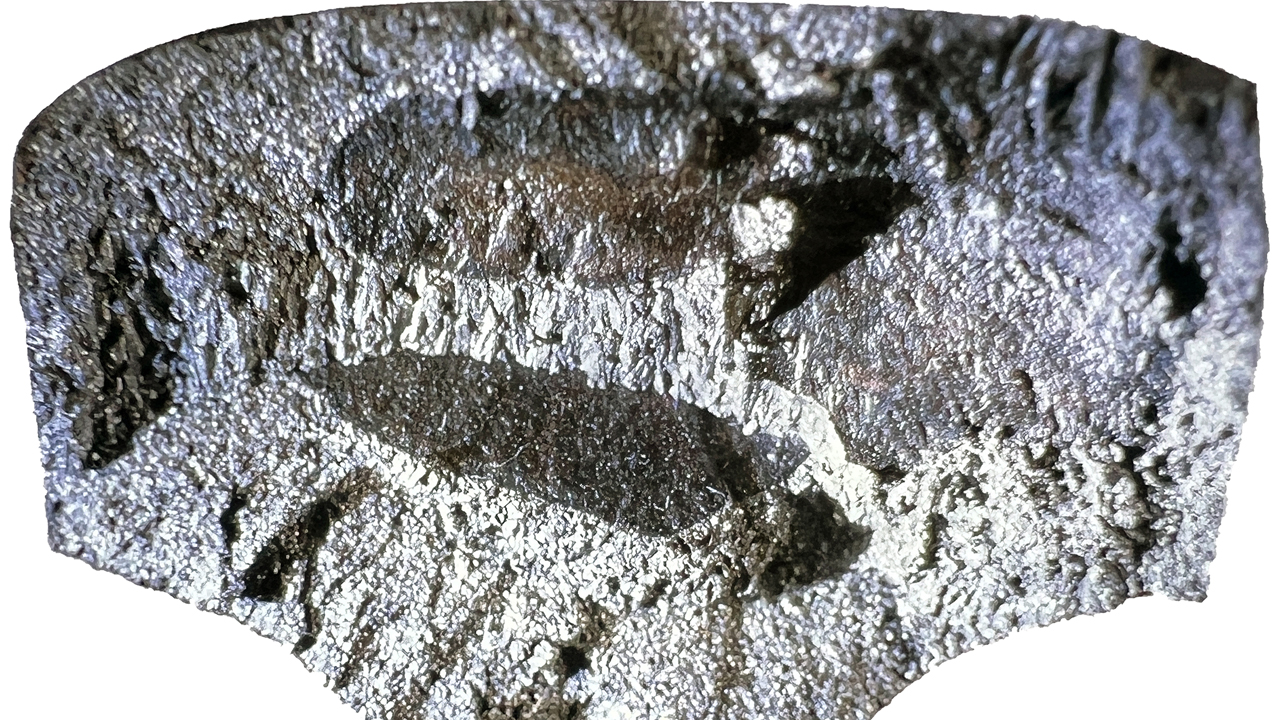 Welcome to “Timeout for Tech with Gary T. Fry, Ph.D., P.E.” Each month, we examine a technology topic that professionals in the railway industry have asked to learn more about. This month, our topic is fatigue cracks in steel.

Figure 1 (above) is a photograph of the head of a broken railroad rail. The fracture of this rail originated from internal transverse fatigue cracks. Fortunately, before a train found these defects, the Class I railroad’s inspectors found them using technology that can scan inside the solid steel. The defective portion of rail was removed, and sometime later the rail owner used a loading frame to break the rail open and expose the defects. That’s the type of successful scenario we like to hear about. The fitness for service assessment program worked exactly as it should.

But isn’t it somewhat frustrating, disconcerting even, that we must remain on guard against fatigue failures in steel? Can’t we invent a “fatigue-proof” steel? It sounds like a great idea to me, but I’m afraid I have disappointing news on that front. We rely upon certain forms of imperfections in the atomic lattice of iron to provide essential structural properties of steel, such as strength, ductility and fracture toughness. It is these same atomic-scale imperfections that cause fatigue cracks to form. Let’s have a look at the details.

The steel used to manufacture today’s railroad rail is a carbon steel comprising, by weight, roughly 97% iron, 0.80% carbon, 0.90% manganese, 0.20% silicon, and less than 0.70% other elements at specified maximums. Essentially, then, rail is crystals of iron, and we need to know something about iron crystals to understand why they become hosts to fatigue cracks.

Iron crystals are formed from fundamental cuboid units that contain the volume of two iron atoms. A yard of AREMA 136RE rail contains around 3.3×1026 of these foundational units. It is the way in which these units combine into crystals that gives steel the properties we depend on. And the assemblage of these units into crystals is also the key to understanding where fatigue cracks come from.

Despite being cubic at their most basic level, iron crystals are not generally perfect rectilinear forms. Instead, as the iron crystals solidify out of liquid steel, they assemble themselves into irregularly shaped, randomly oriented, interlocking chunks of varying size. These chunks are usually referred to as grains. Though individual grains largely reflect the cubic nature of iron, it suffices to say that there are many imperfections present when compared against an idealized cubic grid pattern.

The most important class of imperfections, called dislocations, was theorized in the 1930s and directly observed in the 1950s. Figure 2 (above) is a schematic drawing of a dislocation in an atomic lattice. The dislocation, an extra row of atoms, is indicated by the red circles.

When loads such as wheels rolling on a rail are applied, dislocations will move, or glide, through adjacent positions until they reach a surface—for example, the peripheries of metallurgical discontinuities or of the members themselves. There they cease movement, but the geometry of the lattice has now changed and permanently so. Atomically sharp steps are formed at the free surfaces, and the process is not reversible. Those steps keep accumulating and growing larger as more and more dislocations arrive at the end of their journey. As troubling as that might sound, this process is exactly how steel derives its ductility—a very good thing. So how many dislocations are present in high quality steel? One can expect to find on the order of 10 million miles of dislocations in a yard of AREMA 136RE rail.

“When loads such as wheels rolling on a rail are applied, dislocations will move, or glide, through adjacent positions until they reach a surface—for example the peripheries of metallurgical discontinuities or of the members themselves.”

Regarding the roles of carbon and manganese in steel, essentially these elements become part of the atomic lattice through which dislocations glide. They act as barriers that make it more difficult for the dislocations to move. That means more load is required to activate the dislocations and keep them scudding along their glide planes. Today’s rail steel is roughly 10 times stronger than pure iron. But since there is a hindrance to dislocation motion, rail steel is also less ductile than pure iron, roughly by a factor of four.

With that background, we are ready to describe how fatigue cracks form in steel. Figure 3 (below) is a schematic drawing of a microscopic region of a steel member resisting axial loading. In this case, the loading is cyclic and alternates between being tensile and compressive. Dislocation glide planes are indicated on the member. There are two general levels of applied load to consider: large loads approaching or exceeding the yield strength of the steel, and smaller loads, well below the yield strength, but large enough to activate dislocation motion.

With the large load cycles, dislocations rapidly reach surfaces forming steps that eventually result in ruptures of the lattice that grow along the glide planes. The number of load cycles for ruptures to form is on the order of 10,000 or lower. This regime is referred to as “low cycle fatigue.” Conversely, with small load cycles, the dislocations will eventually reach surfaces, forming steps and progressive lattice ruptures, but it takes many more cycles—greater than 10,000. This regime is referred to as “high cycle fatigue.” The lattice ruptures caused by cyclic loads are indicated in Figure 3 as “Stage I Fatigue Cracks.” Loads that are too small to activate dislocation motion do not cause fatigue damage.

Steel, and other structural metals, present us with a dichotomy. Naturally occurring atomic lattice imperfections are the reason that steel has ductility and fracture toughness. Without these imperfections, steel would be as brittle as glass (or, more accurately, gemstones) and not useful as a structural material. But these imperfections are also the reason that steel can develop fatigue cracks if the applied loads in service are large enough to activate dislocation movement.

Another important takeaway is this: The root causes of fatigue cracks in steel are not manufacturing defects. Perfectly sound, high quality steel is susceptible to fatigue damage. Even a single crystal of pure iron, with no metallurgical discontinuities present, can develop fatigue cracks. The only requirements are enough cycles of loads applied at amplitudes above a level that activates dislocation motion. Having said that, poor quality steel can result in much more rapid formation of fatigue cracks. This is partly because microscopic (or sometimes larger) metallurgical discontinuities, such as inclusions and porosity, come with higher densities of dislocations, cause amplified motions of dislocations, and provide extra surfaces where dislocations can terminate and establish the fatigue damage process. But it is important to recognize that both high quality and low quality steels are susceptible to forming fatigue cracks. It just takes the right number of cycles of loads at the right amplitudes.

That is how dangerous fatigue cracks form in sound steel.