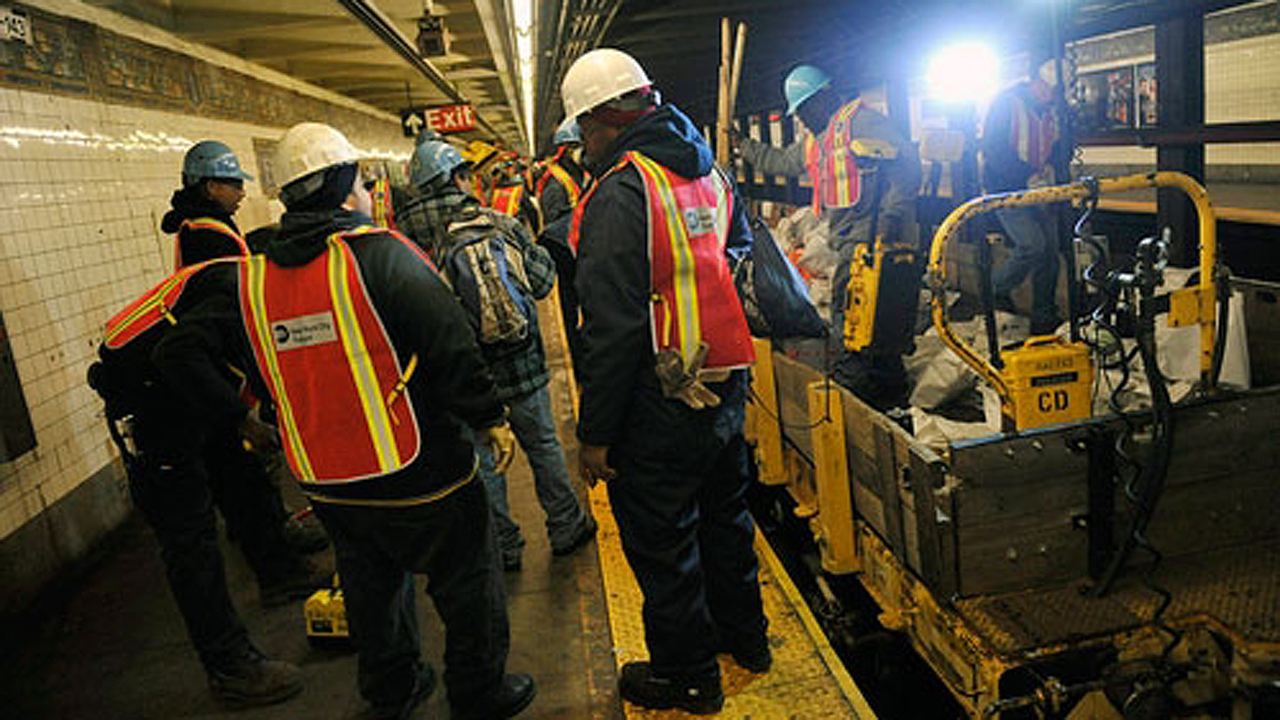 Rather, work will be done nights and weekends in one tube at a time, allowing trains to operate in both directions in the remaining tube.

Lance Collins, Dean of Engineering at Cornell University, said that  “state-of-the-art” technology, including use of fiber optic cable to monitor the state of the tunnel, makes a complete shutdown unnecessary.

In a series of slides, Collins outlined steps he has recommended, including a detailed plan to ensure that debris and dust from the repair work does not spread to station platforms and threaten public health.

Mary Boyce, Dean of Engineering at Columbia University, said that one problem was that salt water had infiltrated the bench wall, a concrete section of the circular tunnel that housed electrical cables and communications lines. Under the new plan, those old cables will be abandoned in the old bench wall, which reduces demolition work.

“In new tunnels,” Boyce said at the press conference, “cables are not buried in the bench wall.”

The original plan called for suspending L Train service under the East River for 15 months starting in April 2019. Work crews would use that time to repair damage to the tunnel caused by Superstorm Sandy. L Train service within Brooklyn was not slated to shut down. The temporary closure was expected to directly affect 275,000 of the L Train’s 400,000 daily riders, and indirectly affect many more throughout the city.

The transit system had earlier announced it would operate additional buses while the tunnel was repaired.

A $477 million contract had been awarded to a joint venture consisting of Judlau Contracting, Inc., and TC Electric, for work on the tunnel. That deal included $15 million in incentives to complete the tunnel project in 15 months. Contractual provisions were included to expedite demolition, encourage acceleration of the tunnel work, deter delays and enable traffic mitigation work and the testing and commissioning of systems.

At press time, it was unclear what additional vendors would be brought on under the new plan.