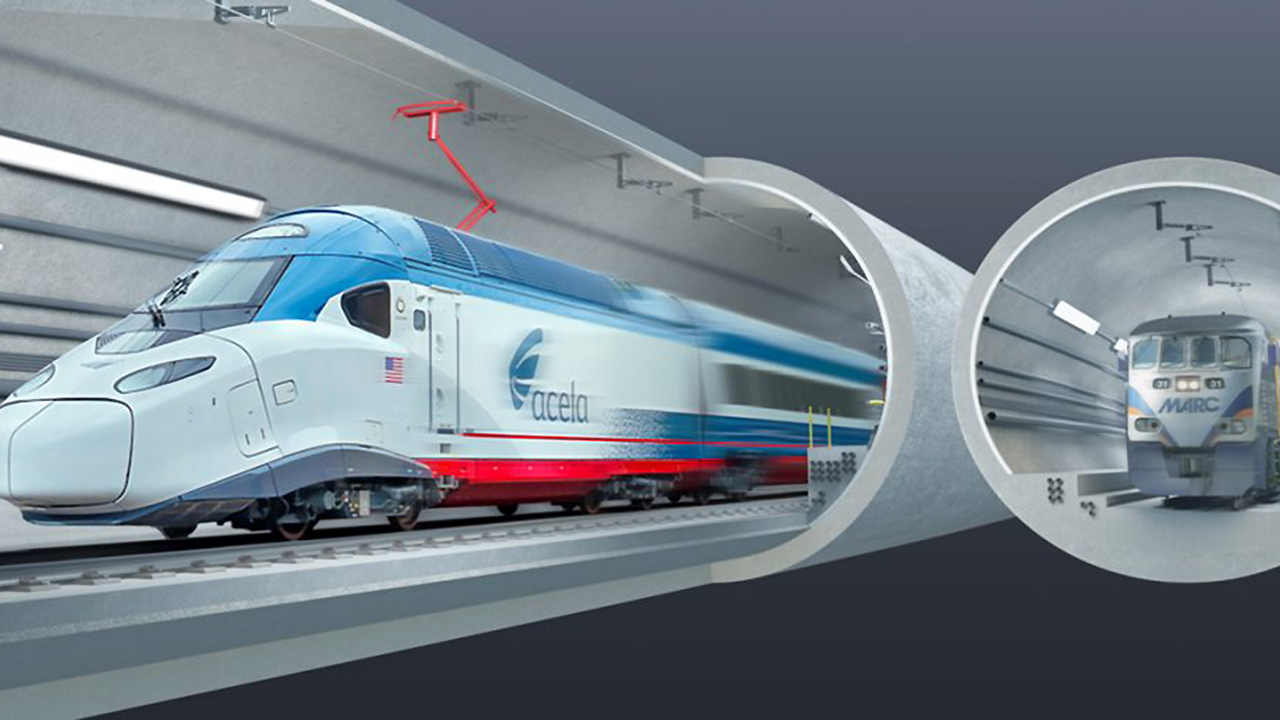 FINANCIAL EDGE, NOVEMBER 2021 ISSUE: In 2015, following a 2014 Amtrak derailment, The Economist published an article on the Baltimore and Potomac Tunnel calling for replacement while noting that any planned replacement would take a while: “Construction on any replacement is unlikely to begin this decade.”

Well, it’s the next decade, and commencing the tunnel replacement project is being held up awaiting approval of the infrastructure bill. In a game of political football, the House continues to haggle over and leverage the bill’s passing. The Infrastructure Investment and Jobs Act was initially passed by the Senate in August (it was introduced in June 2021).

A recent Wall Street Journal article  highlights the replacement plan including a build time frame of 10-12 years and a price tag that boggles the mind: $2 billion per mile ($4 billion total). It notes that the original tunnel was built between 1871 and 1873 “by workers hacking underground with pickaxes and shovels, aided by dynamite.” (Truly priceless.)

The debate around the bill’s passage shows where infrastructure and rail in particular fits into the political and economic landscape. Certainly, the 140-year-old tunnel (a victim almost certainly of deferred maintenance) is in need of replacement. The 30 mph speed collar and the cost of keeping the tunnel operational suggests that replacement would serve the common good on one of the busiest portions of Amtrak’s Northeast Corridor.

Opposition to the tunnel is regionalized and haphazard, attacking a capital improvement strategy necessitated by the maintenance deferral. In the media and in the political arena, it comes out as the opposite of NIMBYism. It asks a simple question: Why take 4% of the value of the Infrastructure Plan and allocate it to one tunnel serving one specific region in one specific corridor? Carry that a bit forward and think about this mindset on a national scale. If a project is not a YIMBY (yes in my back yard), it is regionalized politics favoring the few.

Amtrak (and the Baltimore and Potomac tunnel carries Amtrak as well as MARC regional service) strikes a strong chord in regional politics. On the one side, generally, citizens would like a national passenger system available full time. It’s an Americanism: If it can exist in Europe, why can’t it exist in the U.S. (there are two million square-mile reasons, duh)? On the other side, outside Amtrak’s limited high-traffic areas, you might feel that a national passenger rail system is a gratuitous thing where federal dollars are being deployed meaninglessly.

The regional political winds of NIMBYism and YIMBYism extend beyond the passenger into freight. The big difference is that the freight railroads are primarily responsible for all track maintenance expenses including bridge upkeep. They bear the results of failing to maintain their track. Grumbling about our nation’s crumbling infrastructure rarely includes grumbling about freight rail or track condition (notwithstanding that most derailments are caused by track failures). The national freight network in North America is a modern marvel of extraordinary proportions, unlike any other network around the world. But tossed between the NIMBYs and YIMBYs of regionalized politics, it is relentlessly criticized as underwhelming.

Freight rail bears the risks and rewards of owning its infrastructure. Hence why the infrastructure bill contains little for freight rail improvements. The trucking industry offers only a fraction of the contribution to infrastructure (roads, highways and bridges are maintained by federal, state and local governments) other than fuel taxes, toll payments, licensing fees and accident-related roadbed repairs (oops). In 2018, there were 500,000  accidents involving trucks, compared to 11,900  derailments with a four-to-one total fatality ratio.

Passenger rail is a public service funded by taxpayer dollars with offsets provided by passenger fares. It’s easy to spend $4 billion for two miles when you have limited accountability. Railroad shareholders would flip over if capex ran amok that way. Federal audits rarely lead to results beyond finger wagging.

Freight rail originates from a regulated model. As the Everly Brothers said, “Breaking up is hard to do.” Freight rail needs oversight (federal) for matters like safety, but not regulation. For rail, the word “reregulation” is often whispered—loudly. Conversely, one never sniffs the sense that Congress or its FAA minions want to expand oversight over commercial aviation. Caught between NIMBY, YIMBY and the political moonscape, rail needs some respect. If it can’t have respect, then let Congress pony up the checkbook and pay for 100% of capital improvements. They can start by eating the $113 million being paid by CSX for the Howard Street tunnel expansion.