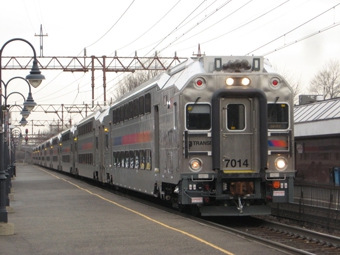 New Jersey officials reauthorized the state's Transportation Trust Fund at $2 billion a year for the next eight years.

New Jersey Gov. Chris Christie said that this is the longest and largest reauthorization of the Transportation Trust Fund in its history and that when combined with federal government funds, more than $32 billion will be invested in infrastructure improvements and modernizations in the state during the next eight years.

In order to pay for the reauthorization, the gas tax will increase $0.23 per gallon. The state has not seen a rise in the gas tax since 1988, but to soften the increase on citizens, Gov. Christie said the agreement also incorporates a series of tax breaks, such as a sales tax reduction and a phased-out elimination of the estate tax.

“Months ago, I said I was willing to increase the gas tax if it represented tax fairness and I’ve kept my word on that. While I have not authorized any other tax increase during my time as Governor, I’m authorizing this one because of the importance of the Transportation Trust Fund, the tax fairness that we’ve accomplished together and the compromise that we’ve reached, and because we need to responsibly finance this type of activity,” said Christie.

While the legislation reauthorizing the Transportation Trust Fund does not directly address marking the funds for New Jersey Transit’s North Branch Corridor extension, state Representative and Speaker of the New Jersey General Assembly Vincent Prieto sent out a tweet saying it would.

NorthJersey.com reports that Gov. Christie, Prieto and New Jersey Senate President Stephen Sweeney have an informal agreement that the Transportation Trust Fund will finance the North Branch Corridor, which would restore rail passenger service on the Northern Branch Corridor between North Bergen and Englewood.