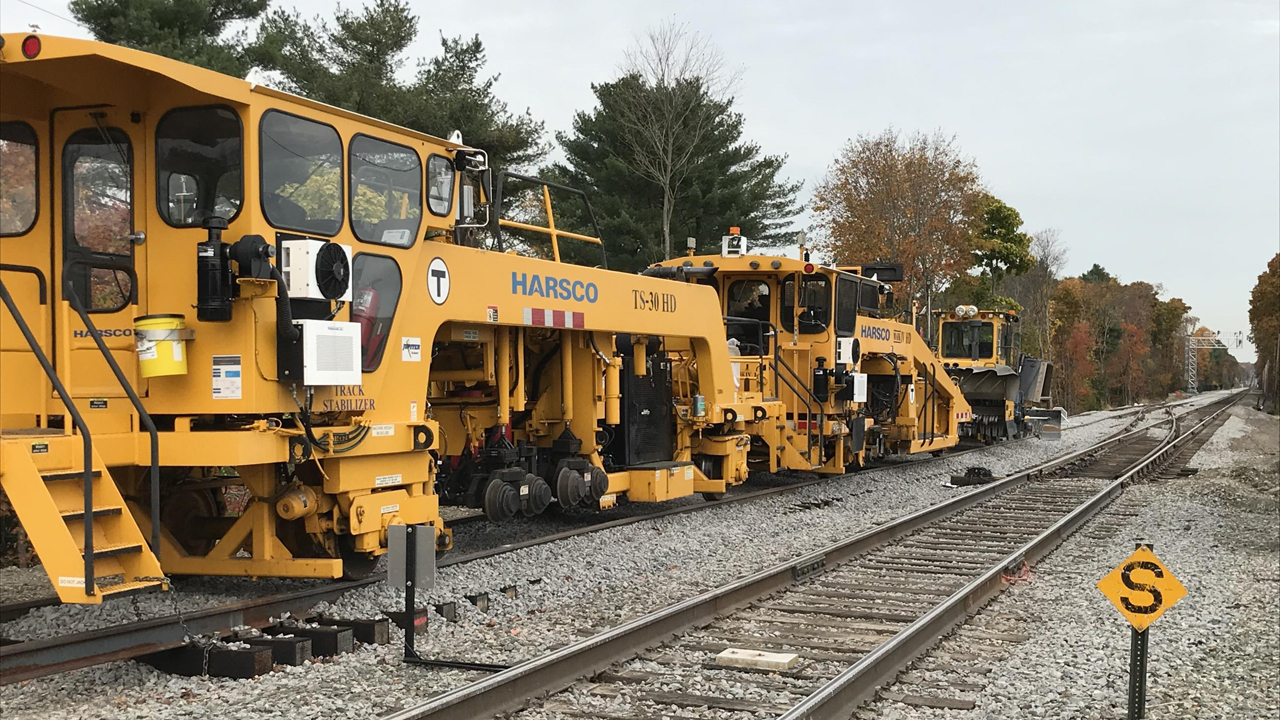 The MBTA’s Fiscal and Management Control Board (FMCB) has awarded a $30 million contract for continued Franklin Line double-track design and installation to its Commuter Rail operating partner Keolis.

Keolis noted that it’s on track to complete phase 1 in December. The recently approved future phases include the installation of three and a half miles of double track and preliminary design work for continued double track projects. These projects will aim to continue the trend of improving reliability and support future network growth by further increasing the amount of the Franklin Line that is double tracked.

The Franklin Line “has some of the Commuter Rail’s highest levels of ridership and is also utilized by freight trains, which can at times result in service delays. The addition of double track enables freight and Commuter Rail service to occupy the same area or travel past each other. This addition of new track will help to further improve reliability and support future Franklin Line network growth, which has grown by four additional scheduled trains and 1,500 daily riders since 2012. Increased train service allows for more climate-friendly transit choices and can help to alleviate road congestion.”

Keolis Commuter Services and the MBTA’s Railroad Operations team partnered to manage phase 1 of the project, which adds four additional miles of double track between Walpole and Norfolk Stations. Keolis was awarded the phase 1 contract in February 2019 and it included the design, procurement, construction and commissioning of two new signal interlockings; the delivery of all subgrade preparation work, tree removal, major drainage improvements, bank stabilization and new retaining walls; and replacement of a road bridge that included the removal of the existing bridge, requalification of abutments, the procurement of a new bridge structure, and installing and building the new deck.

This work also included the installation of 11,000 ties, the demolition of rock ledges and the addition of 150,000 tons of ballast. Phase 1 track construction is anticipated to be complete this month with all phase 1 work on target to be completed in December 2019. The new track is anticipated to be commissioned in spring 2020 after the MBTA’s Positive Train Control program completes its activities on the Franklin Line.

Phase 2 work will then begin and aim to add three and a half miles of double track west from Norfolk Station to Frank Street, which is just east of Franklin Station. Phase 2 work, which is anticipated to be complete in December 2020, includes subgrade preparation; drainage improvement work; two interlockings, signal houses, signal gantries and retaining walls; and new track infrastructure.

In parallel with phase 2 construction taking place, preliminary design work will begin for phase 3, which is focused on the four-mile section of track between Walpole and Norwood Central Stations. Upon the completion of the design and construction as part of phase 3, a double-track line will extend on the entire line between South Station in Boston and Franklin Station, improving resiliency on both the Franklin and Fairmount Lines and creating the opportunity to potentially schedule Franklin Line express service, as well as additional train service.

“We’re pleased to partner with MBTA in helping to deliver critical and strategic infrastructure upgrades that will not only improve service for our passengers but also prepare for the longer-term vision of the Commuter Rail,” said David Scorey, Keolis CEO and General Manager. “To have delivered phase 1 under budget and ahead of schedule provides an added benefit to the Commonwealth and taxpayers too, and we look forward to working on these important future phases.”