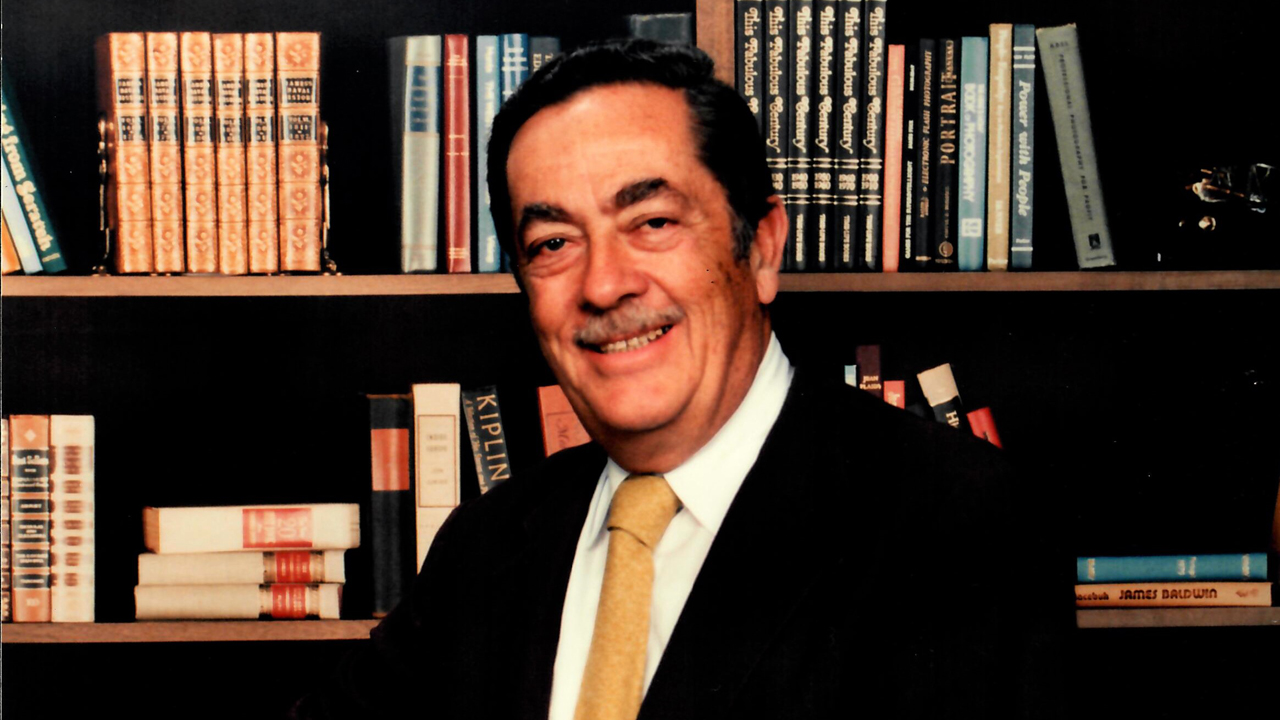 Hans von Lange, an iconic figure in the global railway maintenance-of-way supply industry, died Nov. 16, 2020. He was 97. Son Michael Lange, one of nine children and head of Exton, Pa.-based Globe-Connect LLC, provided the following memorial for his father, who he says “lived a life full of adventure, challenges, dangers, failures and successes”:

In 1928, the von Lange family emigrated to Reichenberg (Liberec), Czechoslovakia, to escape the growing persecution of families of Jewish and mixed-faith families in Germany. In Liberec, Hans helped his mother start and operate a successful private Kinder-care school in the family home. In 1936, the family realized they would no longer be safe from the coming Nazi invasion. Hans, his mother and sister left their home and emigrated across Europe to Spain, where they boarded a ship to Buenos Aires, Argentina, to follow Lilly’s brother Fritz, who had sent for them. The family settled near Palermo, where Lilly started another Kinder School that today is Instituto LangLey, renowned pre-K to 12th grade private international school. At an early age, Hans was managing the logistics needs for students to attend school each day, long before school bus systems were established. The school was family owned and operated until 1978, when it was nationalized.

Hans met and married, Sheila, his first wife, a teacher in his mother’s school, in 1945. They moved to Mar del Plata, Argentina, in 1953, where Hans was employed by U.S. company International Harvester. By 1954, Hans had six children to support, so he started his first business, Lange Y Cia, a machining company that manufactured gears for Borg Warner and General Motors, exporting them to the U.S.

In 1957, the Argentinian government nationalized Lange Y Cia, so the family was forced to emigrate once again, traveling by train from Mar del Plata to Mendoza, Argentina. At Mendoza, the entire family boarded the meter-gauge train that traveled the nearby mountain pass through the Andes Mountains to Valparaiso, Chile, where they boarded the Pacific Princess and sailed to Panama. After passing through the Panama Canal, the family continued to Havana, Cuba, where special passes were required in order to travel to and enter the U.S. in Key West, Florida. From there, they traveled to Miami and bought a car to drive to the Bronx in New York City.

Hans then went to work for Jackson Vibrators, a predecessor of Pandrol-Jackson and HARSCO. He managed international sales, working out of the Pan Am building in New York City. Hans was next hired by Curtis-Wright Corporation as International Sales Manager. He remained with Curtis-Wright until the company’s fateful decision in 1960 to enter into a joint venture with NSU Motorenwerke AG of Germany to build Wankel rotary engines for aircraft and military use. Around the same time, Curtis-Wright failed at an unfriendly takeover of Koppers Company. Hans moved to York, Pa., and started his own company, Intma Inc., which focused on developing modern technology for railway track products.

Intma manufactured the I-Bond, a German-designed insulated rail joint that was the first to carry a three-year warranty, under license to Klockner Werke A.G. In 1974, Intma entered into a partnership with Morrison-Knudsen Rail Division called M-K I-Bond Company. The partnership ended in 1975, with M-K I-Bond’s assets sold to Harmon Industries. Allegheny Corporation (today, ATI, Allegheny Technologies Inc.) eventually acquired the design, which is still produced today.

Hans went on to successfully introduce and sell German-made ROBEL railway construction and maintenance machines in the U.S., and also successfully launched an industrial building company that built manufacturing and commercial buildings in the northern Maryland region as well as in Saudi Arabia, Kuwait, Nigeria and Egypt.

While operating his rail business, Hans also operated an international trading company that supplied special drilling rigs to explore natural gas reserves in Michoacán, Mexico, and supplied the first central diesel-electric generation system for the Yucatan Peninsula. At the same time, he was busy constructing Warehouses in Riyadh, Saudi Arabia and agricultural buildings in Egypt.

In the final years of his long career in rail, Hans began designing and manufacturing mobile railcar lifting and inspection equipment for Sound Transit, Hampton Roads Transit, MBTA and others, and continued working to introduce rail milling systems to improve rail maintenance and safety with Linsinger of Austria. He also worked on the design, manufacture and supply of hi-rail track vacuum systems with Schörling-Brock, Hannover, Germany, for the Toronto Transit Commission. Hans’s advanced technology designs for such systems as an rail friction modifier for TOR (top-of-rail) and gauge face applications for on-board and wayside application will still be coming to market.

Hans was an active member in the AREMA Transit and High Speed Committees, and a founder of the Washington Area Railway Engineering Society (W.A.R.E.S.) group in the Washington D.C., area. He was active with many railway engineering clubs around the country. He was often involved in AAR programs, and in 1977 was one of the first to have his products tested at TTCI in Pueblo, Colo.

Hans loved the rail industry and the many friends and engineers he knew, enjoying their diversity of opinion. He never stopped learning from them. He was a pioneer in recognizing and accepting advances in technology, often adopting them before the rail industry was ready to accept them. Hans leaves 6 sons, 3 daughters, 23 grandchildren and 22 great-grandchildren, all loved by him.