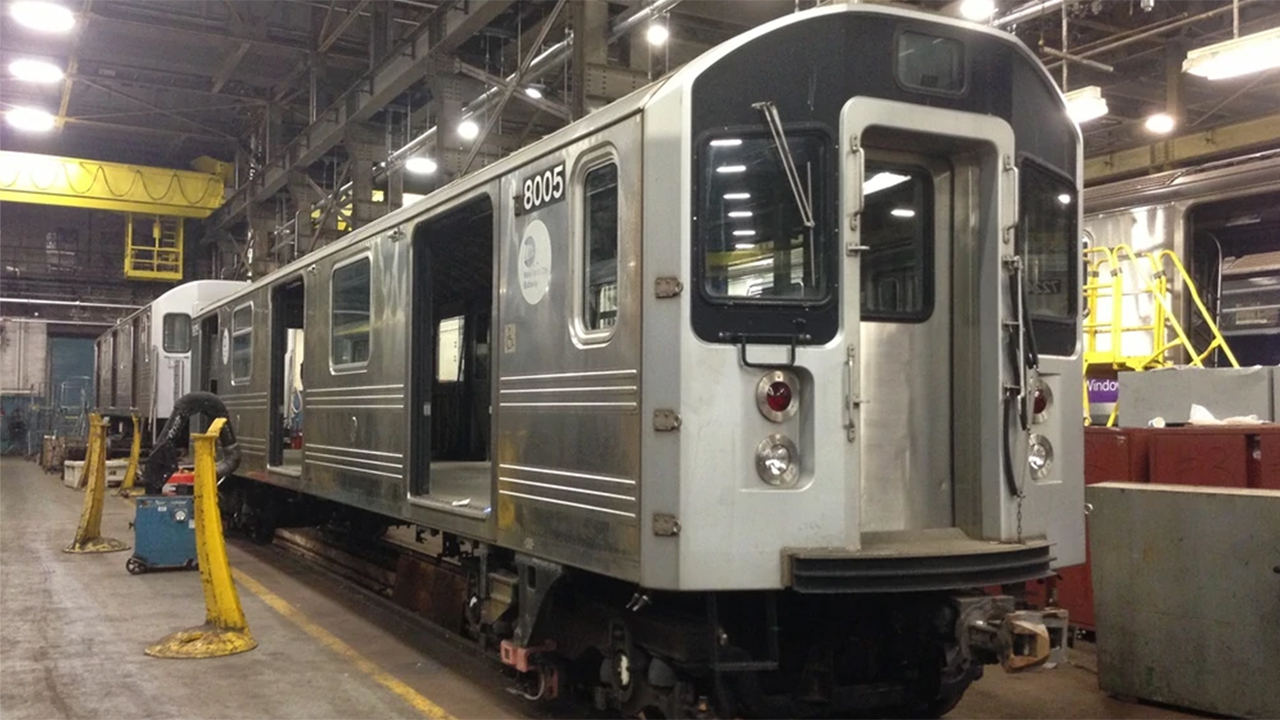 R110A 8005 in 2013, during conversion to a pump car, a project later abandoned but resurrected under a new contract with Brookville. Daniel Negron photo.

The federally funded contract, worth about $22.5 million, includes conversion of the four railcars—originally R110A “A” cars 8001, 8005, 8006 and 8010—into two-car sets consisting of a pump car and generator car. Each will be used in-consist with NYCT’s existing hose-reach cars to pump water out of subway system tunnels during special periods of emergency response, including post-hurricane and periods of unusually heavy rainfall. Each pump car will feature a five-pump arrangement with four inline submersible pumps and one horizontal pump. The submersible pumps will remove the water from a tunnel, while the horizontal pump will extract water in especially low areas when the pump car itself is not submerged. Pumps will be individually controlled through independent motor starters.

The cars will be connected via a 480V, 3-phase trainline system. Additionally, Brookville will supply 480V trainline kits to retrofit the existing hose and reach cars to connect them to the new converted pump and generator cars. All cars will also receive new 70-ton trucks designed for freight applications. In addition to the pump and generator carsets, Brookville will provide testing, training, spare parts and warranty support.

“The pump and generator cars put Brookville in a unique position to leverage its history in transit and underground mining and construction applications to provide this unique emergency-use solution for NYCT,” said Brookville Vice President of Business Development Joel McNeil. “We look forward to synergizing this experience and partnering with our experienced supplier network to deliver a reliable, unique pumping solution that will serve NYCT’s subway system in the coming decades.”

The R110A  was a prototype car built by Kawasaki Heavy Industries for the NYCT A Division (numbered lines, originally the IRT) consisting of ten cars configured as two five-car sets. They were designed to test features that would be implemented on future railcars, the first of which was the R142A. Bombardier Transportation built an R110B New Technology Train for NYCT’s B Division (lettered lines, wider loading gauge, originally the IND).