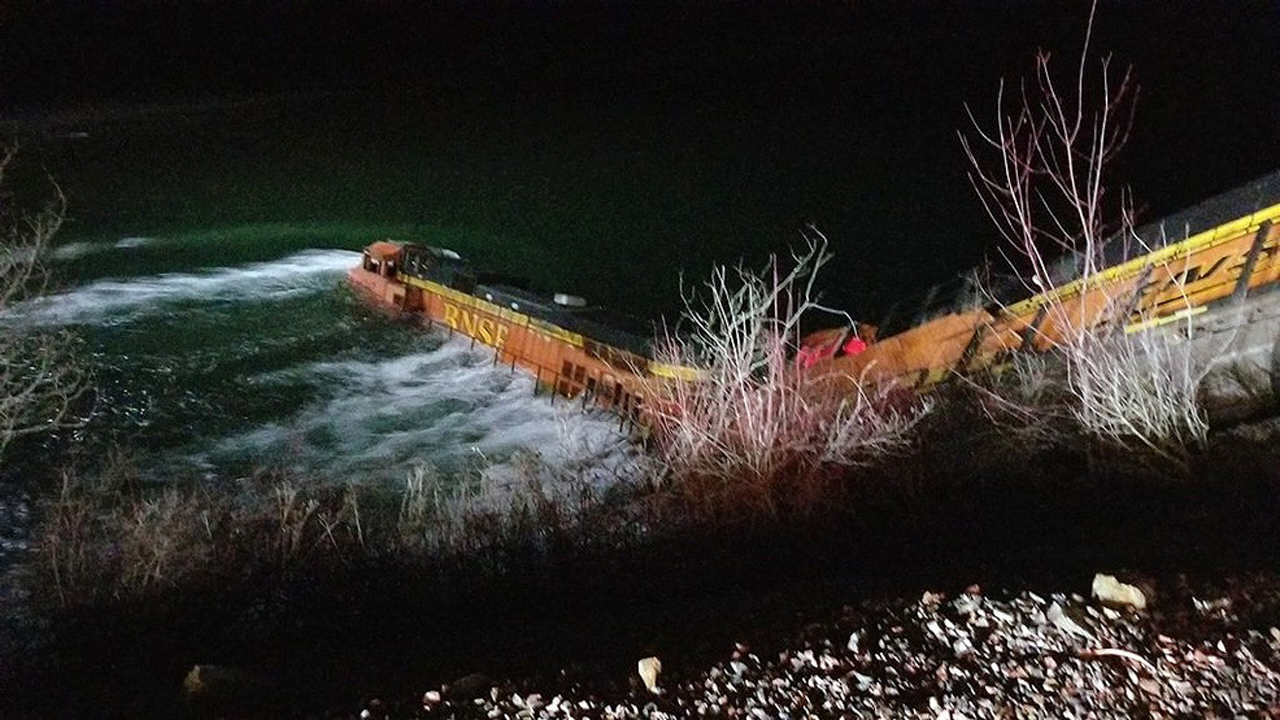 Local emergency responders navigating through misty darkness by boat and helicopter, and BNSF personnel in a hi rail truck, arrived on scene to find the train’s crew uninjured and sitting on top of their partially-submerged locomotive. Located on a narrow shelf at the bottom of a twisting river canyon between Katka siding and Tunnel 9, the derailment site was more than a mile from the nearest road access.

BNSF deployed containment booms downriver from the derailment to capture diesel fuel leaking from at least one of the locomotives. In addition to re-railing one locomotive and half a dozen cars and then moving the majority of the train away from the scene, crews had to clear fallen rock and debris off the track, as well as secure the site from further threat of rock slide.

“As part of this challenging work, engineers were deployed onto the steep incline above the track to remove rock hazards as well as conduct inspections of the rock slope,” BNSF said.

During the two-and-a-half-day closure, Amtrak’s Empire Builder utilized busses between Spokane, Wash., and Whitefish, Mont., to ferry passengers around the derailment. BNSF says it detoured more than 20 of its own trains to the south via Montana Rail Link.

Two locomotives remain at the derailment site, one hanging on the slope between the track and river, and one now mostly submerged in the river. While BNSF and local agencies weigh their options for how and when to remove the derailed units, BNSF must also look ahead at how it will manage slope stability, slide event warning, and perhaps even drone reconnaissance in a river canyon known for its rock and mud slides. A three-mile tunnel between Katka and Crossport, while costly, might some day be the solution to eliminating this slide zone altogether.