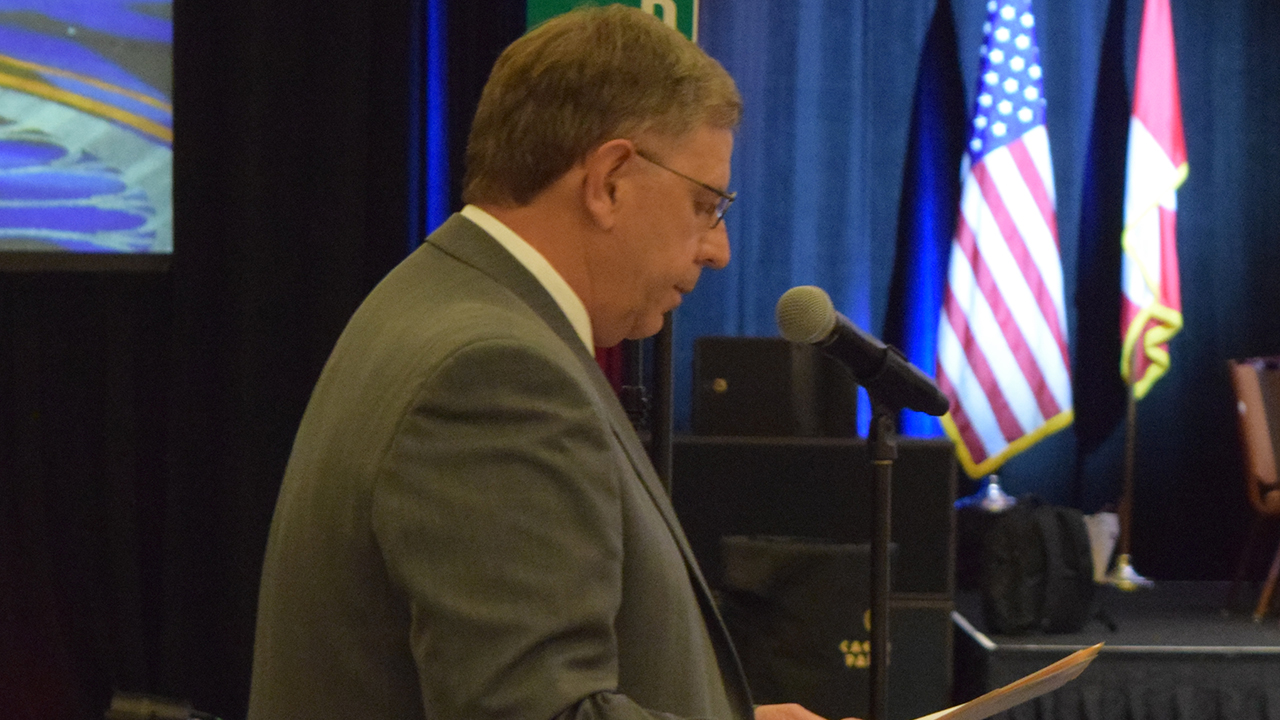 BMWED President Tony D. Cardwell said his union would maintain the status quo until at least Nov. 19—five days after the anticipated Nov. 14 return of Congress following mid-term elections. The NCCC said that “in the event of a failed ratification, the parties have agreed to maintain the status quo for a period of time pending any further discussions and assessment of next steps.”

Members of the Mechanical Division of the International Association of Sheet Metal, Air, Rail and Transportation Workers (SMART-MD) and of the National Conference of Firemen & Oilers (NCFO) have voted to ratify tentative agreements amending wages, benefits and work rules negotiated with the National Carriers‘ Conference Committee (NCCC), which represents most Class I railroads and many smaller ones. Hardly unexpectedly, but still troubling to railroads and their shippers, members of the Brotherhood of Maintenance of Way Employees Division of the Teamsters Union (BMWED) voted to reject a tentative contract. Barely 43% of the almost 12,000 BMWED members casting ballots voted in favor of the agreement, said the union Oct. 10 in announcing the results. A work stoppage is still not imminent, but that could change.

SMART-MD and NCFO are the fifth and sixth of 12 rail labor unions to ratify tentative agreements with the NCCC. Only BMWED so far has rejected it, and now that union’s leadership has come back with a request for additional deal sweeteners involving benefits.

All provisions of existing wage, benefits and work rules agreements will remain in force as contracts negotiated under the Railway Labor Act have no expiration date and are changed only by ratified amendments.

BMWED President Tony D. Cardwell said his union would maintain the status quo until at least Nov. 19—five days after the anticipated Nov. 14 return of Congress following mid-term elections. The NCCC initially said that “in the event of a failed ratification, the parties have agreed to maintain the status quo for a period of time pending any further discussions and assessment of next steps.”

However, on Oct. 19, the NCCC issued a statement in response to a request from the BMWED for sweetened benefits.

“The latest BMWED request for additional benefits is similar to a proposal that was carefully considered and rejected by President Biden’s Presidential Emergency Board (PEB) and comes weeks after the union entered into a tentative agreement that included the most generous wage package in almost 50 years of national rail negotiations,” the NCCC said. “At the time, BMWED leadership hailed the tentative agreement, saying that it would ‘substantially improve all BMWED members’ wages and working conditions.’ The agreement also included significant increases for travel expenses that were specifically requested by BMWED. Now, following an unsuccessful initial membership ratification process, BMWED leadership is asking for additional benefits and threatening to strike, this time based on the easily disproven premise that union workers are not allowed to take sick leave.

“The health, safety and wellbeing of rail employees is a top priority for all railroads. Rail employees can and do take time off for sickness and have comprehensive paid sickness benefits starting, in the case of BMWED-represented employees, after four days of absence and lasting up to 52 weeks. The structure of these benefits is a function of decades of bargaining where unions, including BMWED, have repeatedly agreed that short-term absences would be unpaid in favor of higher compensation for days worked and more generous sickness benefits for longer absences.

“Six unions have already ratified the tentative agreements brokered through the facilitation of the Biden Administration. The PEB’s recommendations remain the framework for an agreement. Now is not the time to introduce new demands that rekindle the prospect of a railroad strike. The carriers have advised BMWED that its latest proposal will not be accepted.”

The Nov. 19 date initially mentioned by BMWED may be extended, as voting by the two largest of the rail unions—the Transportation Division of the International Association of Sheet Metal, Air, Rail and Transportation Workers (SMART-TD) and the Brotherhood of Locomotive Engineers and Trainmen (BLET, also a Teamsters affiliate)—will not be completed before Nov. 17.

Moreover, Nov. 19 is the Saturday before Thanksgiving Day—Thursday, Nov. 24—meaning many House and Senate members may not be in Washington that week to vote on legislation ending a work stoppage. The following weeks are equally problematic, as religious holidays occur in December. Congress then doesn’t return until early January, and it will not be known until after Election Day, Nov. 8, which political party will control the House and/or Senate.

Compounding uncertainty—even chaos should even one senator filibuster and prolong a proposed legislated end to a work stoppage—is that congressional action, if necessary, will occur during a lame-duck session of Congress. Many members who were defeated or are retiring will be negotiating new employment with lobbying and law firms—a Washington “revolving door” tradition. There will be incentive for many to double-down on pro- or anti-labor images, or avoid choosing sides and not vote. In short, lame-duck sessions are the worst of times for such a rail work stoppage to occur.

Equally uncertain is whether railroads will again blink and sweeten their offers to avoid a work stoppage, as they have twice done to gain the tentative agreements such as rejected by BMWED. Rejections by other unions will only increase the precariousness of the status quo.

Following an all-night mid-September bargaining session in the offices of Biden Administration Labor Secretary Marty Walsh involving BLET, SMART-TD and the Brotherhood of Railroad Signalmen, the carriers backed off an insistence they would not budge from non-binding recommendations made a month earlier by a Biden-appointed Presidential Emergency Board.

Then, in response to Division 19 of the International Association of Machinists (IAM) rejecting a tentative deal, the carriers again blinked and offered up additional deal sweeteners to gain a second tentative deal with the IAM on Sept. 27 that is pending ratification.

As each tentative agreement contains a “me too” clause, each sweetener offered by carriers to one union is applied, as applicable, to all the others.

BMWED’s Cardwell said his members’ rejection of the tentative contract is over quality-of-life issues rather than wage and benefits boosts—the carriers’ “stubborn reluctance to provide a higher quantity of paid time off, especially for sickness.” There is concern that BLET and SMART-TD members may similarly turn thumbs-down on their tentative deals, expressing displeasure over mandatory attendance policies as well as other quality-of-life issues. It is member quality-of-life issues that made the BMWED rejection unsurprising, and which likely have influenced BLET President Dennis Pierce and SMART-TD President Jeremy Ferguson not to endorse the tentative deals, even though they negotiated them.

The NCCC, in expressing “disappointment” over the BMWED rejection, said the tentative agreement included “significant increases to the national rules relating to reimbursements for travel and away from home expenses for the roughly 50% of BMWED members employed in traveling roles.”

Ratification votes of the other five unions are to be counted on or before the following dates:

Railway Age Capitol Hill Contributing Editor Frank N. Wilner is author of “Understanding the Railway Labor Act” published by Railway Age sister company Simmons-Boardman Books of Omaha, Neb. He has almost 50 years’ experience on both sides of the bargaining table as assistant vice president for policy at the Association of American Railroads and director of public relations for SMART-TD and its predecessor United Transportation Union.