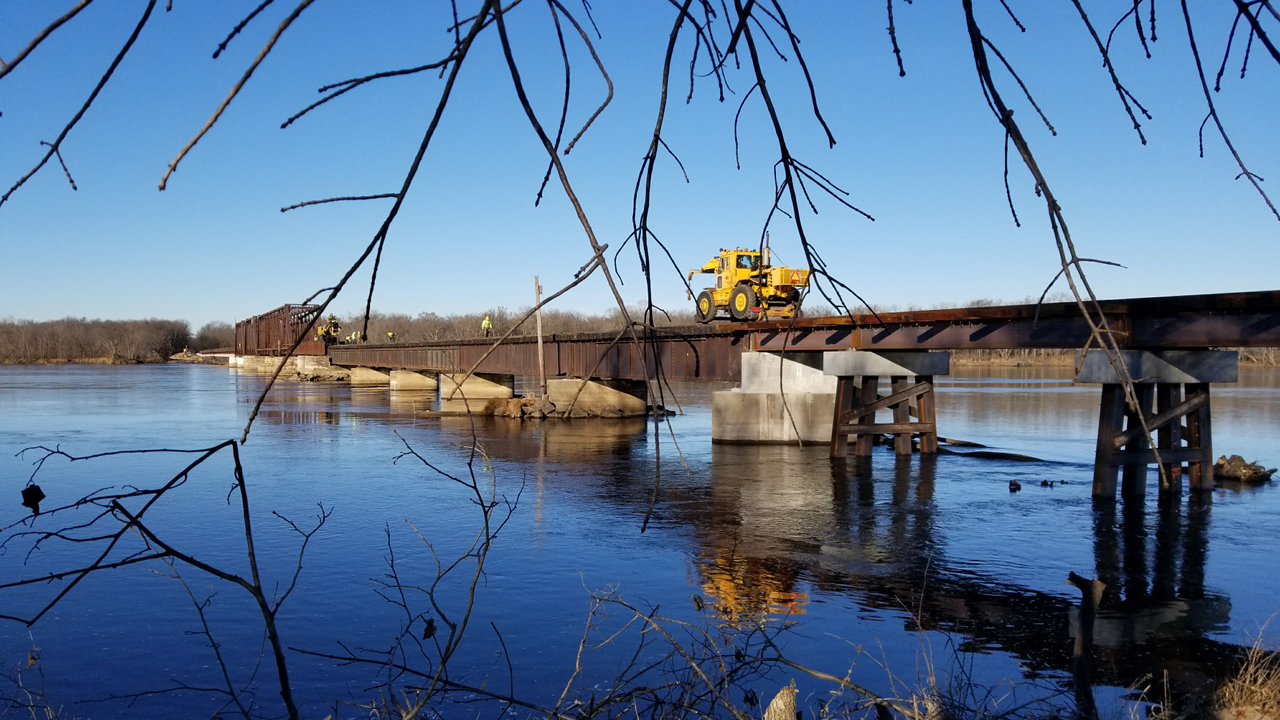 One of the oldest railroad bridges in Wisconsin, a more-than-century-old, 2,200-foot timber structure spanning the Wisconsin River at Spring Green on the Wisconsin & Southern Railroad’s (WSOR) Prairie Subdivision, has undergone a a major improvement project. WSOR, a Watco Cos.subsidiary, and the Wisconsin Department of Transportation (WisDOT) collaborated on the project.

The bridge, known as B-256, began showing signs of severe settlement and extreme timber deterioration approximately 20 years ago. At that time, WSOR forces began an advanced maintenance plan, essentially keeping 1,100 feet of the timber pile portion of the structure in service until funding could be made available for replacement of major timber components. Advanced maintenance included replacement of pile caps on a regular basis, replacement of deck ties and concrete encasement of several piers. Under this maintenance plan, weight (tons) and train speeds were restricted until major replacement work could be completed.

But B-256 had reached a point where a major rehabilitation was required to prevent the structure from eventually being taken out of service, which would have effected numerous rail-dependent businesses along the line between Madison and Prairie du Chien, Wisc. So, during the past year, railroad contractors were on site replacing 62 spans equating to nearly 1,000 feet of substructure and deck.

Initial project estimates were at $13 million. However, through a competitive bid process and favorable labor and material prices, the final budget was less than half the initial estimate, saving nearly $7 million. The finalized, $5.8 million project was awarded a state grant of $4.8 million from the Freight Railroad Preservation Program (FRPP), which required a 20% local match provided by WSOR. 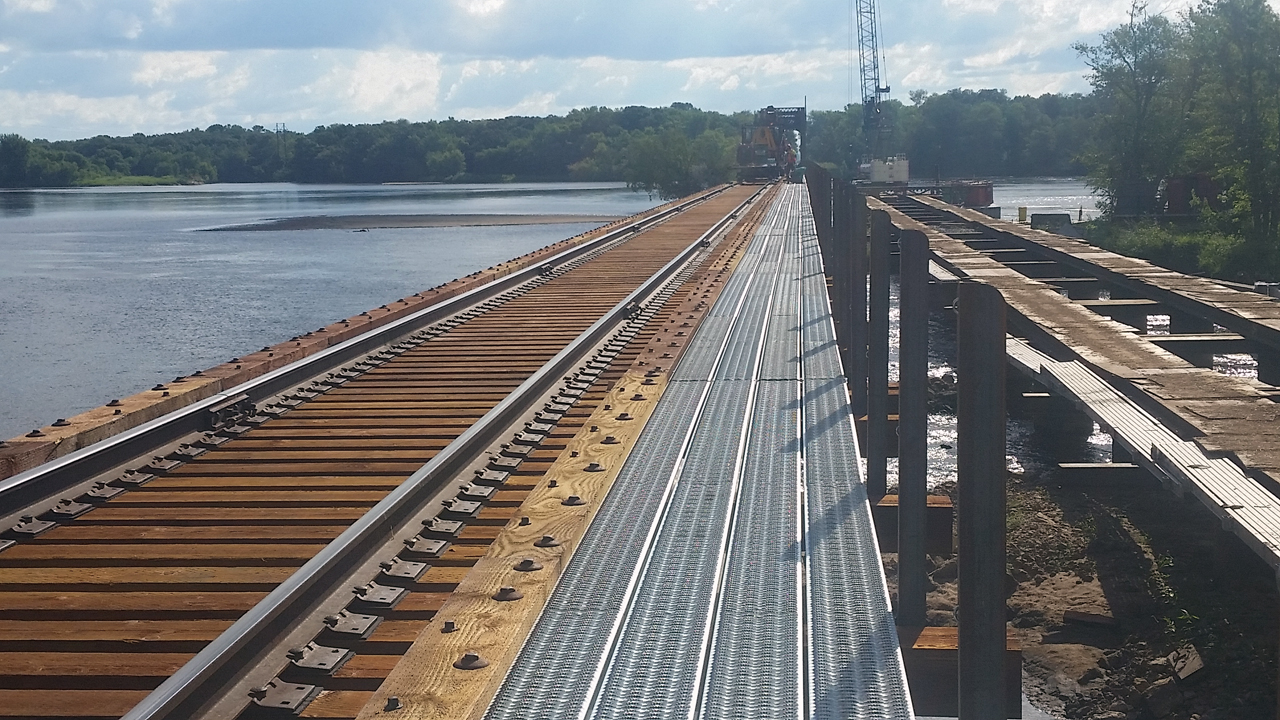 The Wisconsin River Rail Transit Commission (WRRTC) owns B-256; WSOR operates it. WisDOT administers the FRPP, which provides grants up to 80% of the cost to purchase abandoned rail lines in an effort to continue freight service or preserve opportunities for future rail service, and rehabilitate facilities, such as tracks or bridges, on publicly-owned rail lines.

B-256 can now handle trains of 286,000-pound GRL (gross railload) railcars safely and efficiently. The bridge’s remaining 1,100 feet is of primarily steel construction and remains in good condition. However, WisDOT and WSOR forces will monitor this section for any future deterioration or defects. 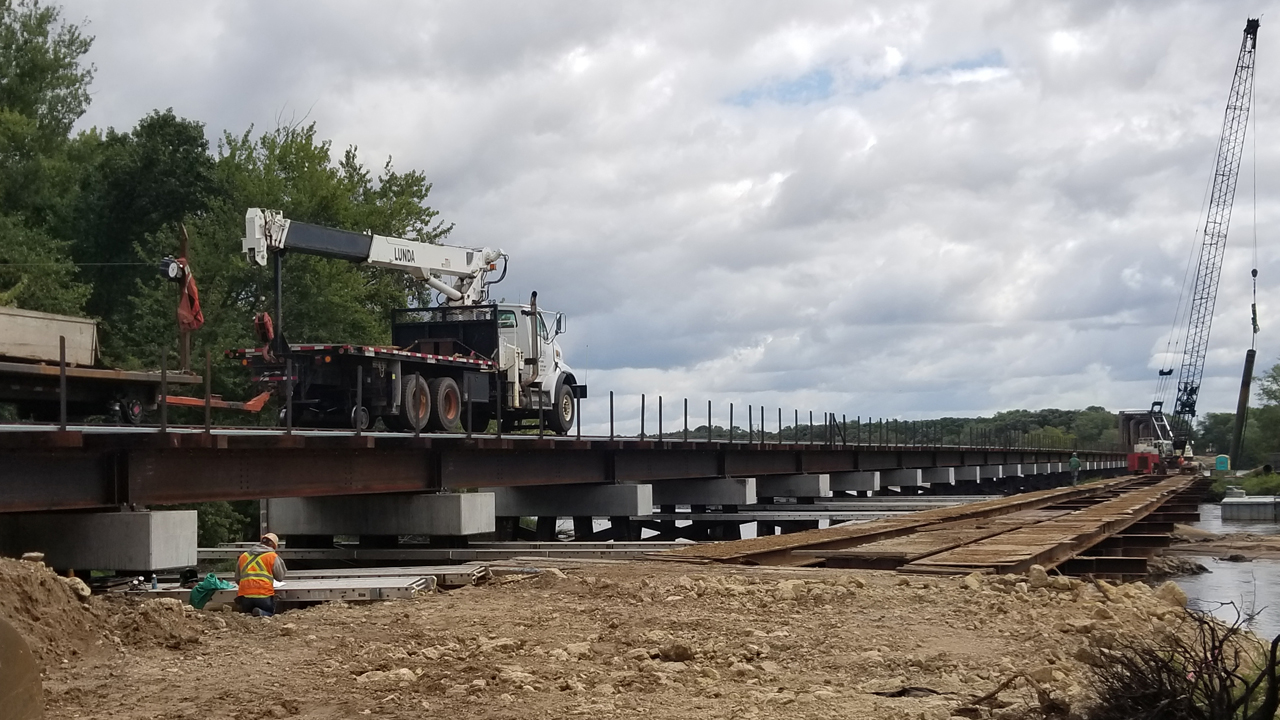 “This project demonstrates our commitment to rebuilding infrastructure that connects our state and local economies,” said WSOR General Manager Preston Nelson. “Our partnership with WisDOT exemplifies how public-private partnerships can rebuild our railroad systems into the next century.”