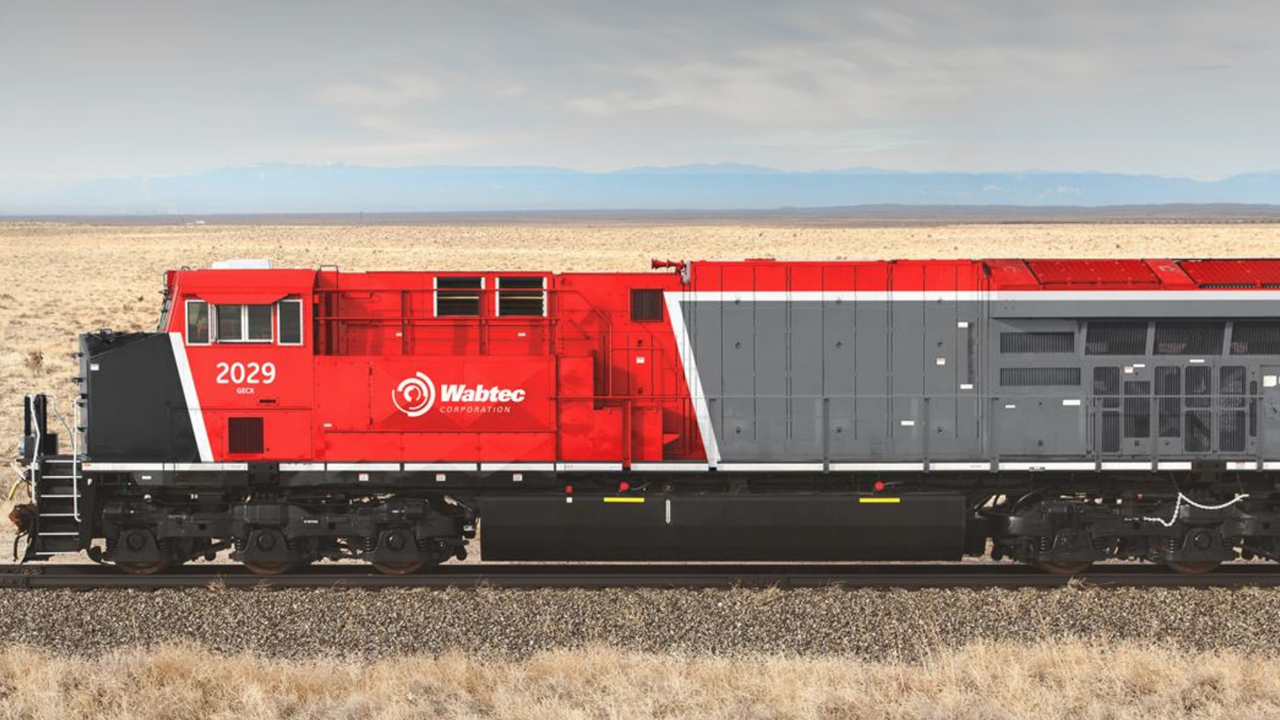 “We are seeing continued signs of recovery happening across the global Freight and Transit rail markets,” Wabtec President and CEO Rafael Santana said during a first-quarter 2021 report. “Freight volumes and equipment utilization are gradually improving, demand for freight aftermarket services is increasing, and sustainable investment in global transit remains strong.”

Wabtec Corp. reported a “strong operational quarter” and a position of “profitable long-term growth,” due to continued signs of industry recovery, a modestly growing backlog, and its order pipeline.

The company also updated its 2021 guidance.

“Backlog improved sequentially,” the company noted, “driven by orders for modernizations, service agreements and Transit products.” At March 31, Wabtec’s total multi-year backlog was $21.7 billion—just over the $21.6 billion reported at Dec. 31, 2020, “as OEM and after-market orders increased in Freight,” it explained. The 12-month backlog at March 31 was $5.7 billion—$185 million higher than at Dec. 31, 2020.

“Our team continued to deliver for our customers, while driving significant cash generation and aggressively reducing costs,” said Wabtec President and CEO Rafael Santana, one of 10 Influential Leaders named by Railway Age qualified subscribers in 2021. “This solid execution, balanced with investments in high-return opportunities, like our recent strategic acquisition of Nordco, will continue to create value and drive strong returns for shareholders.

“We are seeing continued signs of recovery happening across the global Freight and Transit rail markets. Freight volumes and equipment utilization are gradually improving, demand for freight aftermarket services is increasing, and sustainable investment in global transit remains strong. These directional trends, along with our backlog, strong cash flow and order pipeline position Wabtec to deliver profitable long-term growth.”

• Wabtec said it updated its 2021 sales guidance to a range of $7.7 billion to $7.9 billion, GAAP earnings per diluted share guidance to between $2.80 to $3.05, and adjusted earnings per diluted share to between $4.05 to $4.30. It noted that “adjusted guidance excludes estimated expenses for restructuring and amortization expenses.”
• “With cost actions and synergies stemming from the Wabtec and GE Transportation merger on-track, we expect to achieve a run rate savings of $250 million in 2021 as well as margin expansion through continued cost actions,” the company reported. “For full year 2021, Wabtec expects strong cash flow generation with operating cash flow conversion greater than 90%.”

• Sales were $1.8 billion compared with $1.9 billion in first-quarter 2020. The decrease “was primarily driven by lower sales in Freight Equipment, but partially offset by growth in Freight Services,” the company said.
• Income from operations was $192 million (10.5% of sales) and adjusted income from operations was $277 million (15.1% of sales), which was “unfavorably impacted” by lower sales in Freight “primarily due to lower deliveries of locomotives in North America, offset somewhat by realization of synergies and cost actions.” Adjusted income from operations excluded pre-tax expenses of $85 million, of which $70 million is for non-cash amortization expense and $16 million is for restructuring and transaction costs, Wabtec reported.
• Net interest expense was $48 million, and the “reported and adjusted effective tax rate for the quarter was 27.5%, including certain discrete tax expenses of about $3 million during the quarter.”
• EBITDA was $324 million and adjusted EBITDA was $340 million. Adjusted EBITDA excluded pre-tax expenses of $16 million for transaction and restructuring costs.

•  Sales of $1.2 billion fell 9% from the year-ago quarter. Wabtec said the decrease was “due to lower organic sales of $115 million. Freight segment sales benefited from growth in Freight Services as result of higher modernizations, lower locomotive parking and higher utilization, as well as higher mining sales. This growth was offset by on-going disruption due to the COVID-19 pandemic and lower deliveries of locomotives in North America.”
• Income from operations came in at $142 million (12.0% of segment sales) and adjusted income from operations was $214 million (18.1% of segment sales). Adjusted income from operations decreased 11% from the year-ago quarter “primarily driven by mix of sales, lower absorption of fixed costs due to decreased locomotive deliveries offset somewhat by synergies and lower operating costs,” Wabtec said.

• Sales of $647 million grew by 3% from first-quarter 2021. Organic sales decreased by $31 million but were offset by favorable foreign currency exchange rates of $49 million, according to the company. “Organic sales were primarily impacted by the on-going disruption caused by the COVID-19 pandemic,” it noted.
• Income from operations was $70 million (10.8% of segment sales) and adjusted income from operations was $79 million (12.2% of segment sales). Adjusted income from operations rose from the year-ago quarter by 6% “as a result of continued improvement in operational performance, improved risk management and cost actions,” Wabtec reported.

“EPS of $0.89 was just a penny above our estimate and $0.03 ahead of consensus of $0.86,” Cowen and Company Transportation Equipment Analyst Matt Elkott reported. “The new EPS guidance midpoint of $4.18 is above the prior midpoint of $4.10, as the company raised the low end of the range modestly (consensus is at $4.14, and we’re at $4.40). Both the total and 12-month backlogs increased since December 31.”

Among the key takeaways: 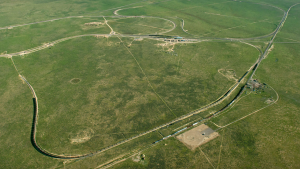 TTCI to Start ‘Next Chapter’ at New Pueblo Facility