R. J. Corman Railroad Group, LLC on Jan. 17 announced appointments of 10 key executives to leadership positions within its companies. “With the new leadership our company has in place, and the many opportunities that we have realized, 2019 is off to a great start for R. J. Corman,” Ed Quinn, President and CEO, stated. “We have an extremely talented leadership team stepping into key roles, and are bringing on experienced, highly respected individuals to complement their capabilities. I’m excited about the continued growth we will see in 2019 and beyond, and I look forward to working with these individuals.” 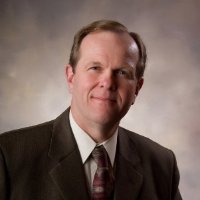 Ray Goss now leads the R. J. Corman Railroad Company as President, effective Jan. 21. He succeeds Brian Miller, who announced his resignation in September 2018 to pursue other interests. Goss joins R. J. Corman after 15 years at Genesee & Wyoming Inc., where he was Senior Vice President Engineering and Chief Engineer, Senior Vice President Northeast Region, and Senior Vice President New York and Pennsylvania Region. Goss brings to the position experience in operations, engineering, and safety with both freight and passenger operations. In his new role with R. J. Corman, he leads all aspects of the company’s short line railroads, including transportation, engineering, mechanical and economic development of all 13 properties.

“I am looking forward to this new opportunity and I feel honored to lead such a great company,” Goss said. “I am committed to providing our customers the first-rate service that they have come to expect from R. J. Corman, while also maintaining high safety standards and efficient operating practices.”

Mike Philpot and John Phillips have been appointed Vice President Operations of the South and North regions, respectively. They will report directly to Goss and will oversee day-to-day operations, safety, training, and ensuring compliance with all FRA-related rules and regulations. They will work with all railroad personnel and facilitate customer satisfaction from an operating standpoint at their corresponding railroads.

Jimmy Spencer now leads R. J. Corman Signaling as  Vice President, following the retirement of Ray Sipes at the end of 2018. Spencer joined R. J. Corman in July 2017, when he took on the role of Director of Signal Construction. Prior to joining the company, he worked at CSX Transportation for 20 years, serving as a Terminal Superintendent, Electronics Engineer, Signaling Supervisor and Signal Construction Foreman. In his new position, Spencer will be responsible for day-to-day operations, overseeing all signaling personnel, and will create and maintain customer relationships.

“Ray Sipes was an asset to R. J. Corman and was especially strategic to the growth of the Signaling company,” said Ed Quinn. “The success the company has seen under Ray’s stewardship is the result of his leadership and knowledge. We wish him the best in his well-deserved retirement.”

Chris Stevens is promoted to Vice President of Operations for R. J. Corman Railroad Switching Company, filling the role most recently held by Mike Philpot. Stevens has been with the company for six years, previously as Assistant Vice President Operations, General Manager Operations and Assistant General Manager Operations. In his new role, he will be responsible for overseeing terminal and yard operations for all R. J. Corman Railroad Switching Company locations, as well as strategic planning of logistics and production.

“I look forward to working closely with Chris Stevens and Greg Miller,” said Vice President Transportation Paul Lauritzen. “Chris has proven to be an asset to our company for many years, and we look forward to seeing how he will continue to build on the company’s strong foundation. Greg comes on board with new ideas and experiences, and will work with Chris and me to continue the trend of growth and innovation within the company.”

Finally, the company made organizational changes to its Commercial Development team “to better serve customers,” R. J. Corman said. “The commercial efforts have been segmented into three divisions, each led by a knowledgeable and experienced professional.” Justin Broyles, Mike Robinson and Chase Armstrong were appointed to new Vice President roles. Noel Rush moves to Senior Vice President and will work closely with the President and CEO to develop and implement the company’s long-term strategies and oversee executive relationships and government affairs.

Robinson will oversee the Logistics area, which covers Switching, Distribution Centers, Transloading and Trucking. Armstrong will oversee the Contracted Services area: Railroad Services, Signaling and Material Sales. Broyles will oversee the 13 short line railroads and Storm Team. “The three divisions will work closely together to create customized solutions while adhering to the core values of the company to provide a consistent, high-quality product,” the company said. 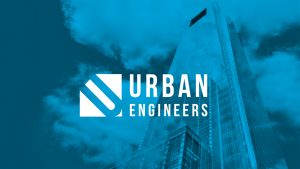