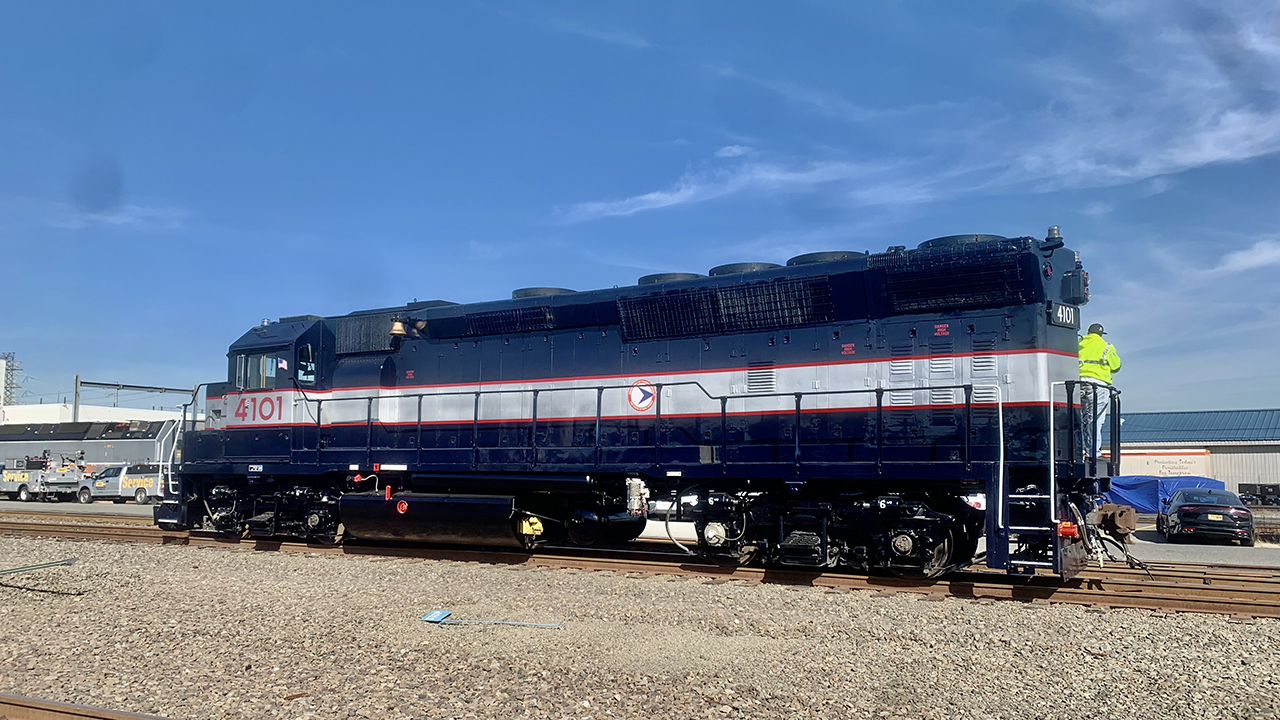 New Jersey Transit has added a Heritage Locomotive to its revenue flee, EMD GP40PH-2 4101, one of the original CNJ (Central Railroad of New Jersey) GP40Ps that has operated in revenue service for more than 54 years.

4101 was restored to its circa-1978 NJ Department of Transportation livery, duplicating a repaint originally applied by Conrail shop crews at the Raritan Engine House and funded by NJDOT. The scheme, nicknamed “Bluebird,” was on 4101 from 1978 until the unit was repainted with the rest of the fleet into the standard NJT black and silver during 1980-81.

“With the locomotive in the shop for paint, and based on our success with CNJ tribute paint on sister locomotive 4109 back in 2019, I suggested to several in management that we work to make this scheme happen ahead of the NJT Rail Operations 40th Anniversary in 2023,” General Superintendent – Rail Stations Dave Abeles told Railway Age. “Senior Rail Operations management and NJT President and CEO Kevin Corbett supported the idea, and once again, our shop crews at the Hoboken Engine House and Meadows Maintenance Facility worked their magic to transform the 4101 with professional body work, preparation and paint. Artwork, colors and custom number boards were all established from prototype photos, with special thanks to Kevin Phalon of the United Railway Historical Society. New paint and several decals from Reidler Decal Corp. in Pennsylvania were applied, and we are proud to see the final project coming together.”