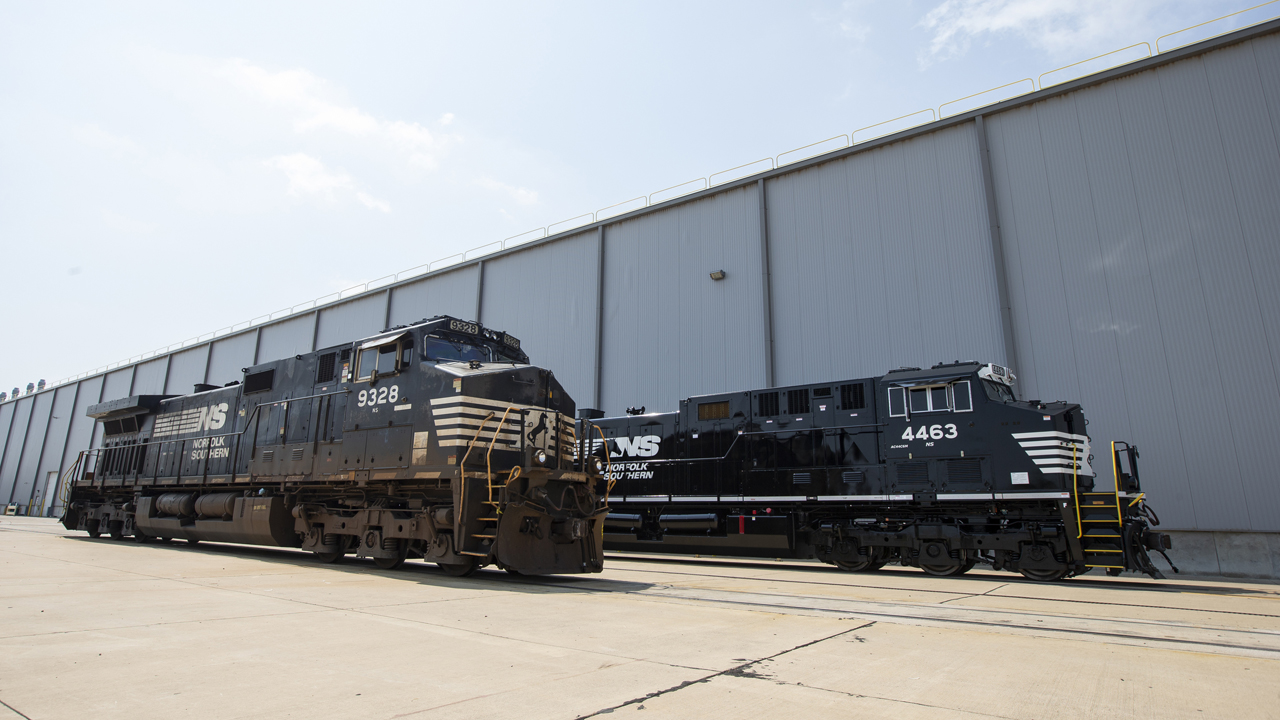 A before and after look at Norfolk Southern locomotives at Wabtec’s Locomotive plant on Aug. 6, 2021 in Fort Worth, Tex. Wabtec celebrated its 1,000th locomotive modernization in North and South America. (Brandon Wade/AP Images for Wabtec)

Wabtec has been selected to modernize 330 GE Dash 9-44CW units for Norfolk Southern (NS). The new order will bring Wabtec’s total number of power upgrades for the Class I railroad to more than 950 upon completion of work in 2025.

This is Wabtec’s third major order from NS since 2015. It follows the Aug. 6, 2021 celebration of Wabtec’s 1,000th locomotive modernization in North and South America—a rebuilt 1998-vintage GE Dash-9 for NS. To date in the Americas, Wabtec has delivered more than 1,100 modernized locomotives, whose control systems have been replaced to transform DC-traction units into AC units.

The most recent NS order will have Wabtec transforming locomotives that are more than 20 years old into AC44C6Ms. For each unit, this will add another 20 years of incremental life, plus improve fuel efficiency by as much as 25%; increase reliability by more than 40%; boost haulage ability by up to 55%; and reduce maintenance, repair and overhaul expenses by 20%, Wabtec said during the March 23 announcement.

“Modernizing locomotives in our fleet will improve operational performance and reliability,” NS Vice President of Advanced Train Control Tom Schnautz said. “Importantly, it will also help us achieve our science-based target of a 42% reduction in emissions intensity by 2034. Wabtec’s proven modernization program allows us to maximize the value of our locomotives, minimize the use of new materials and reduce the environmental impact of our operations.”