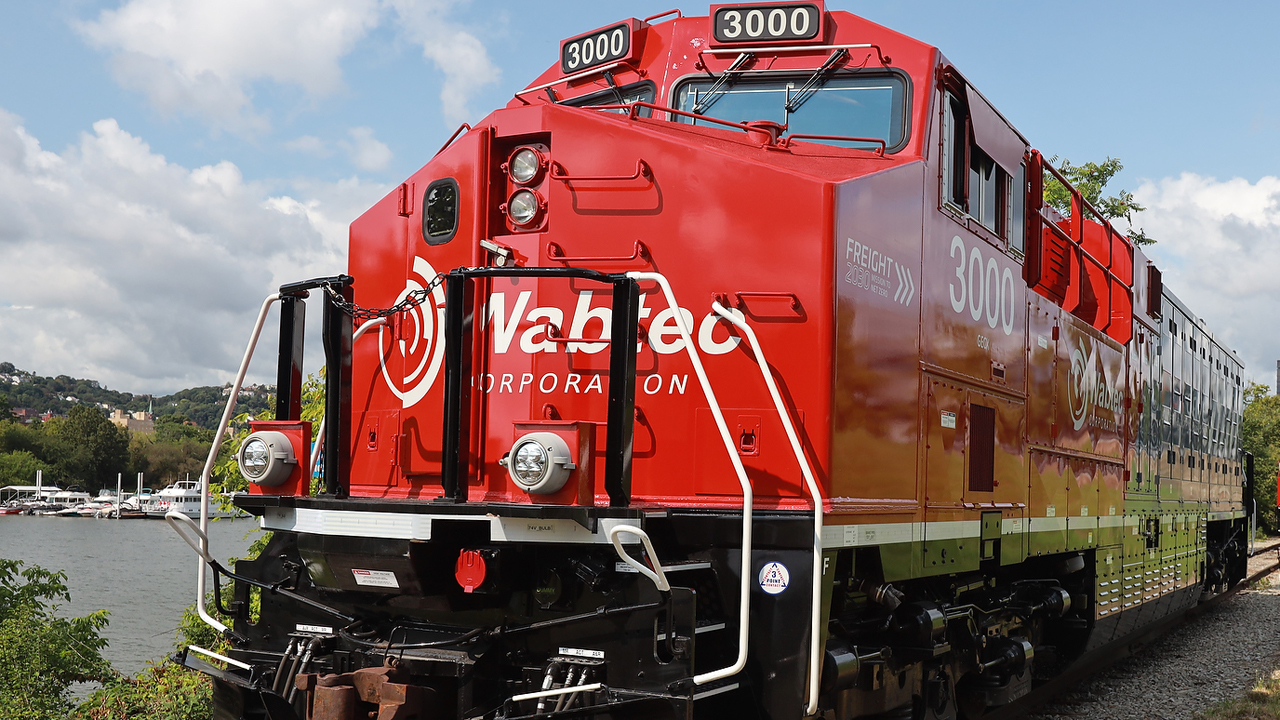 Rio Tinto’s order is for the newest version of Wabtec’s FLXdrive battery-electric unit, which features an energy capacity of 7 megawatt-hours (MWh).

The locomotives, to be built in the U.S. starting in 2023, will be used in the mineral-rich Pilbara region to help Rio Tinto “achieve a 50% reduction in Scope 1 and 2 carbon emissions by 2030,” it said.

On order is the newest version of the FLXdrive battery-electric unit, which features an energy capacity of 7 megawatt-hours (MWh), according to Wabtec. Applications will include switching and ultimately main line service.

“In main line operations, Rio Tinto currently uses three diesel-electric locomotives in a consist to pull trains with 240 cars hauling about 28,000 tons of iron ore,” Wabtec said. “The FLXdrives will transition from the diesel locomotives in main line service to form a hybrid consist, and recharge during the trip through regenerative braking and at charging stations. Wabtec’s next-generation energy-management software system will determine the optimal times to discharge and recharge the batteries along to route, ensuring the most fuel-efficient operation of the entire locomotive consist during the trip.”

Based on the route from the mine to the port at Dampier and Rio Tinto’s main line operations, the FLXdrive is anticipated to reduce the company’s fuel costs and emissions in percentage by “double digits” per train, according to Wabtec.

“Our partnership with Wabtec is an investment in innovation and an acknowledgment of the need to increase the pace of our decarbonization efforts,” Rio Tinto Iron Ore Managing Director of Port, Rail and Core Services Richard Cohen said.

“The rapid adoption of the FLXdrive by Rio Tinto and other mining operators demonstrates the industry’s commitment to decarbonizing their operations,” Wabtec President of Freight Equipment Rogerio Mendonca said. “This solution represents a major step toward achieving zero-emission locomotive fleets in the future.”

In September, Australian iron ore mining company Roy Hill announced it would be taking delivery of a single FLXdrive unit. The company currently uses four Wabtec ES44ACi Evolution Series diesel-electric locomotives in a consist to haul unit trains that are typically 1.6 miles in length. The FLXdrive is slated to replace one of the diesel locomotives to form a hybrid consist.

In related news, CN reported in November that it was buying a FLXdrive unit for use on the Bessemer & Lake Erie portion of its network in Pennsylvania. The Class I railroad told Railway Age that it “anticipates maximizing the utilization of the locomotive, starting with switching activities in a yard and then, potentially performing short-haul operations.”