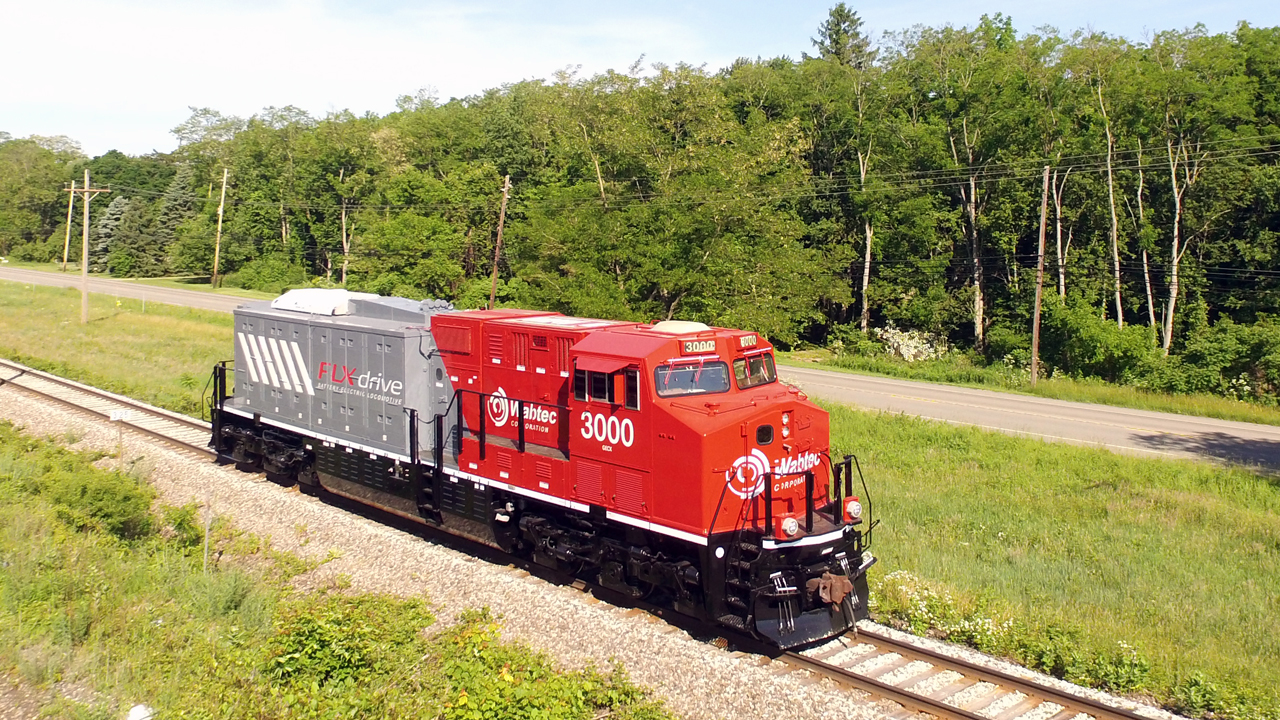 “Our FLXdrive locomotive (pictured), the world’s first 100% battery-powered locomotive, has proven its potential to slash carbon emissions by up to 30% when operating at 6 MWh,” said Wabtec President and CEO Rafael Santana. “But we can’t stop there. By working with GM on Ultium battery and HYDROTEC hydrogen fuel cell technologies, we can accelerate the rail industry’s path to decarbonization and pathway to zero-emission locomotives.”

Ultium battery technology is “anticipated to provide the flexibility, efficiency, power and reliability needed for rail,” according to Wabtec and GM. Ultium Cells LLC, a GM-LG Energy Solution joint venture, is currently constructing plants in Ohio and Tennessee for battery cells to be used in future GM vehicles.

Ultium batteries are unique, according to GM, because the “large-format, pouch-style cells can be stacked vertically or horizontally inside the battery pack. This allows engineers to optimize battery energy storage and layout for each vehicle design.” The company has reported that its Ultium battery technology “is at the heart” of its strategy to “compete for nearly every EV [electric vehicle] customer in the marketplace.”

The partners describe GM’s HYDROTEC hydrogen fuel cell power cubes as “compact and easy to package and can be used in a wide range of applications, including locomotives.” (GM has reported that it will supply the power cubes to Navistar for use in its production-model fuel cell electric vehicle.) The HYDROTEC fuel cell systems are slated to be assembled by Fuel Cell Systems Manufacturing LLC, a GM-Honda joint venture, in Brownstown, Mich.

“The rail industry is on the cusp of a sustainable transformation with the introduction of batteries and hydrogen to power locomotive fleets,” said Wabtec President and CEO Rafael Santana, who was recently selected as an Influential Leader in Railway Age’s second-annual readers’ online poll. “Our FLXdrive locomotive, the world’s first 100% battery-powered locomotive, has proven its potential to slash carbon emissions by up to 30% when operating at 6 MWh [megawatt hours]. But we can’t stop there. By working with GM on Ultium battery and HYDROTEC hydrogen fuel cell technologies, we can accelerate the rail industry’s path to decarbonization and pathway to zero-emission locomotives by leveraging these two important propulsion technologies.”

GM has reported that it plans to launch 30 electric vehicles globally by the end of 2025, with more than two-thirds available in North America.

Earlier this year, Wabtec and BSNF teamed on a three-month pilot of a FLXdrive battery-electric locomotive in a revenue service train. On May 17, they reported that it reduced fuel consumption and greenhouse gas (GHG) emissions by an average of 11%.

Wabtec said then that its next step would be to build a “second-generation locomotive with a battery capacity of more than 6 megawatt hours—a level of energy that can reduce a locomotive consist’s fuel consumption and carbon emissions by up to 30%.” It could be commercialized and enter service “in the next few years,” the company noted.