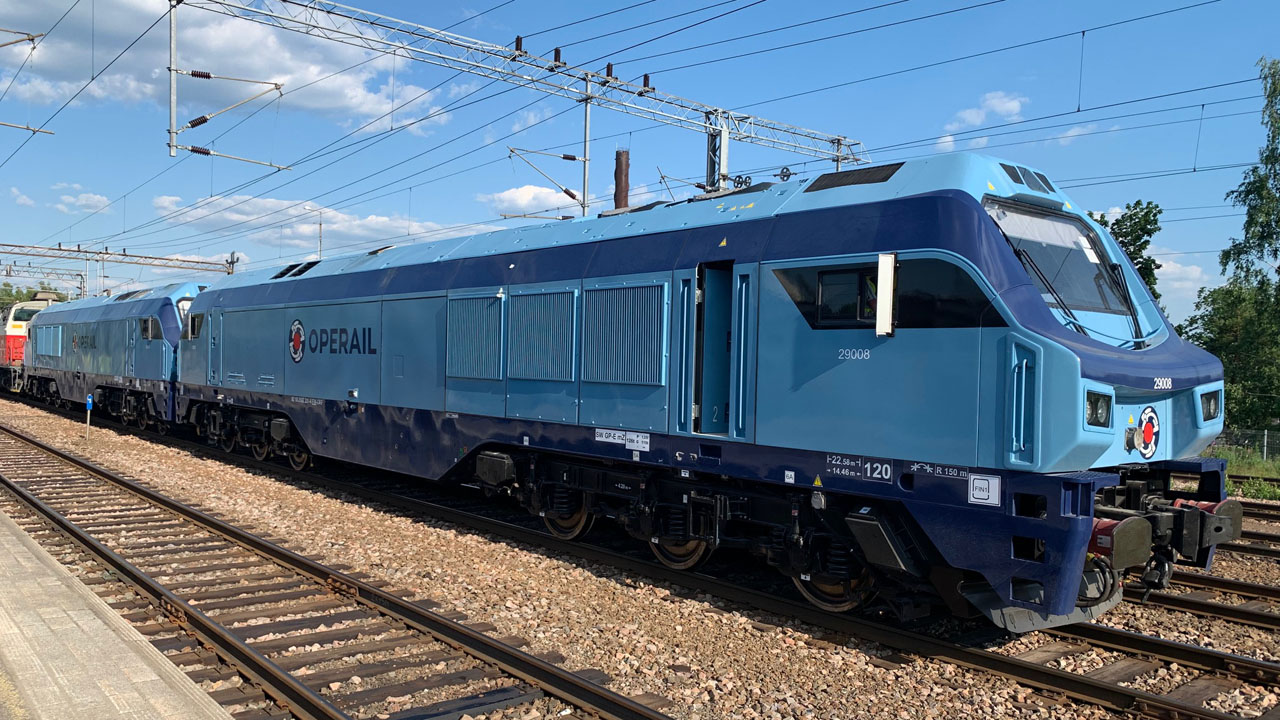 After completing customization work to meet the 1,525mm gauge requirements at Tulomsas in Turkey, Wabtec has delivered the first two of nine PowerHaul locomotives to Operail in Finland. They’re undergoing testing and certification, after which they’ll be able to go into service.

Finnish Transport and Communications Agency Traficom has approved the safety management system of Operail Finland Oy, which forms part of the Operail group. A license was obtained in May for the company to operate a rail transport service on Finnish railway infrastructure, and freight transport will commence in autumn, Operail noted.

“The PowerHaul series is our mid-weight locomotive,” Wabtec told Railway Age. “It is equipped with a technologically advanced 16-cylinder, 3,700 HP PowerHaul P616 engine with common-rail fuel injection. The locomotive can achieve maximum power output, while providing an 18% reduction in fuel consumption. It also has improved reliability and tractive effort with high-performance AC traction-control technology and individual axle-control.”

“The issuing of the operating license and the certification of our safety management system are important milestones for us, and confirm that the quality of the service we’ll be providing meets the highest standards required in Finland,” Operail management board member Paul Lukka said. “We’re coming to the Finnish market with wide-ranging experience and we’ll be offering our clients a service concept that’s guided by their needs.”

Lukka added that the company’s Finnish team has been joined by leading railway industry specialists and that locomotive drivers have been hired. “Which means that as soon as the new locomotives are certified, we’ll be ready to start serving our clients,” he said.