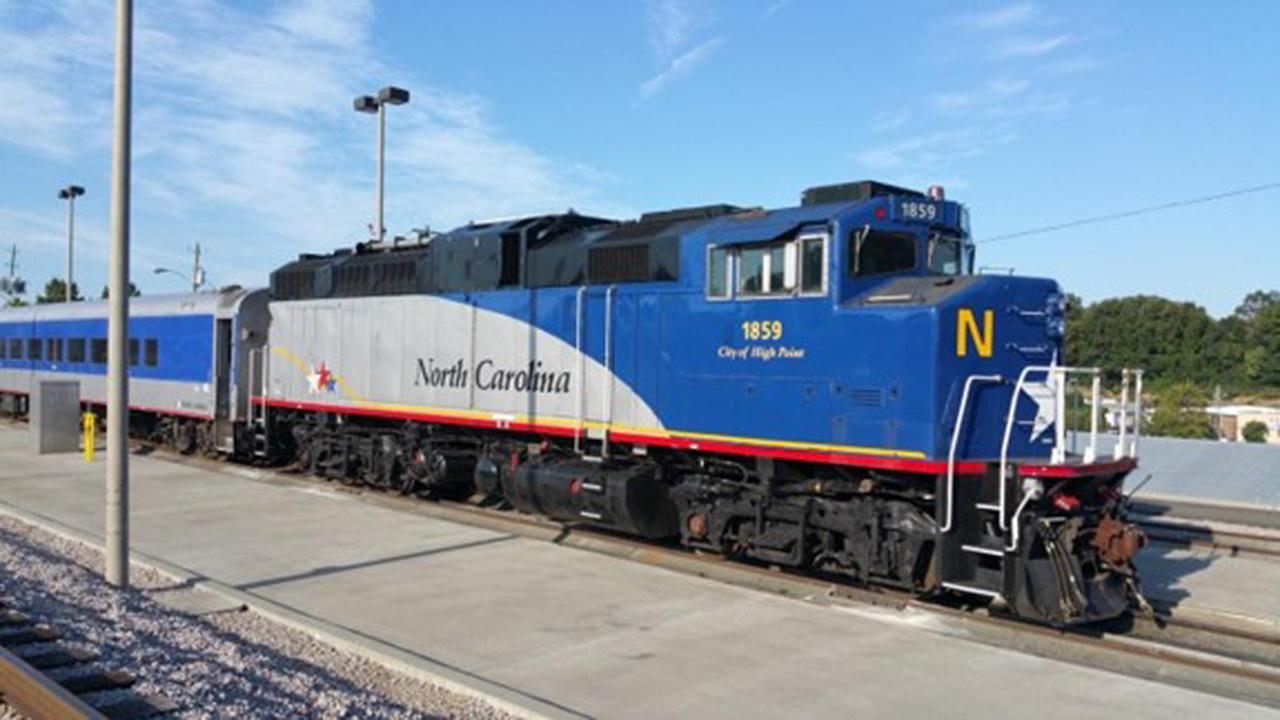 RPS’s broad-patented BATS (Blended After-Treatment System), as deployed on a revenue-service EMD F59PH diesel-electric, has produced “lower emissions and fuel consumption, and is less expensive than a new Tier 4 diesel locomotive,” the company claims. “As an added advantage, the F59PH retains the separate Head End Power (HEP) engine for passenger car lighting and temperature control, preserving comfort and safety for passengers in the event of a failure of the main engine.”

“Legacy passenger locomotives typically have two diesel engines, a large 3,000 hp diesel engine for propulsion and a smaller, 800 hp diesel engine for HEP, RPS says. “The patented BATS retrofit (diagram, below) works by blending the exhaust from both engines into a single emissions system, allowing effective emissions reductions from idle to full power. It is a unique concept that allows legacy Tier 0 EMD passenger locomotives fitted with independent HEP engines to meet Tier 3-plus emissions requirements without replacing the proven and reliable 2-stroke medium-speed main engine. The key to the concept is combining the HEP exhaust with the main exhaust in order to facilitate mixing and delivery of the dosing agent (Urea) to optimize the emissions reduction for both engines. The system consists of Compact Selective Catalytic Reduction (CSCR) with a Urea storage and injection circuit, respective exhaust ducting, and a system controller that monitors and dispenses the Urea as a function of system load.”

RPS points to a chart (below) contrasting the tested emissions levels of its BATS equipment (in green) with what the company claims are “publicly available emissions data of a Siemens Charger locomotive” (in blue). “While both locomotives have NOx emissions well below Tier 4 at the higher throttle notches, at lower throttle notches their NOx emissions are higher than Tier 4,” RPS says “The solid green line displays the advantage of BATS: much lower NOx emissions at lower notches. The Siemens Charger NOx levels are dramatically higher at lower notches, exceeding Tier 0 until the locomotive is operating at Notch 3. While the low emissions of the Charger recently delivered to North Carolina are certainly newsworthy, our tested prototype system produces continuous in-use NOx emissions at below Tier 4 levels. The dashed green Demo line is the emissions demonstrated with our prototype hardware. RPS is confident our production systems will meet Tier 4 NOx standard at all notches, all the time.”

“In addition, because the NOx would be substantially lower than Tier 4, regulators would be justified in creating a Tier 4-Equivalent designation, based on mathematically combining the NOx and Particulate Matter (PM) emissions,” RPS points out. “Using a PM multiplier of 13 times what is being considered as equivalence for NOx by California regulators, BATS would qualify for such a designation. On a Tier 4-Equivalent basis, the production BATS retrofit system would produce less than half the combined in-use emissions of a [new Tier 4 passenger locomotive]. Critical to the widespread adoption of low-emission technologies, BATS expects to have a Total Cost of Ownership less than half that of a new passenger locomotive. Both the initial capital cost and the mandatory engine rebuild frequency would be reduced by half.”

“Given the long-term move away from diesel power, passenger rail agencies should focus on interim solutions to squeeze the remaining value from their legacy diesel fleets,” says RPS Chief Technical Officer Dave Cook. “One good solution is to retrofit their remaining legacy locomotives with BATS. This buys time for passenger agencies while they investigate and demonstrate options for new zero emissions electric or hybrid passenger locomotives.”