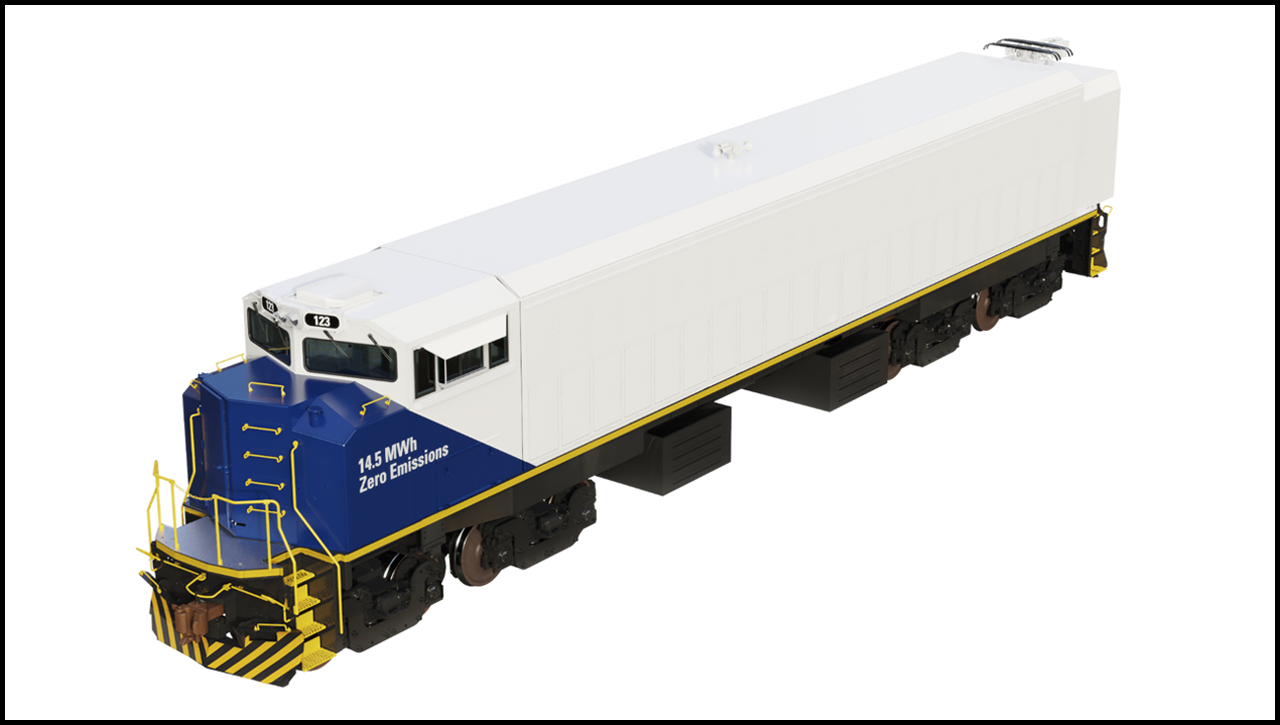 Watco is converting a pair of switchers—an SW1200 built in the 1950s and an SW1500 from the 1960s—to zero-emissions, battery-powered units with a grant from the Texas Emissions Reductions Plan program, the short line holding company reported in the January 2022 edition of its magazine, The Dispatch. When complete, they will serve Watco’s Greens Port on the Houston Ship Channel.

“Medha is providing key components of the power and control systems, and Watco personnel will reassemble the locomotives,” Watco Vice President and Chief Mechanical Officer Keith Testerman noted in the magazine.

According to Watco, the project could reduce annual greenhouse gas emissions by about 19 metric tons, and annual maintenance expense by 30% compared with an older, diesel locomotive. While there will be a battery-charging cost, a 60% annual reduction in fueling cost is anticipated vs. burning diesel fuel.

Using Medha technology, a battery can be fully charged in eight to 10 hours and run up to 12 hours before a recharge is needed, according to Watco. Battery life expectancy: eight to 12 years.

Watco first worked with Medha in 2017 on a separate project upgrading the control systems of 25 GP35 diesels.

Fortescue will use the two new eight-axle battery-electric units to transport iron ore in the Pilbara region to port. They will have an energy capacity of 14.5-megawatt hours, the company reported, and will be manufactured at the Progress Rail facility in Sete Lagoas, Brazil; delivery of the first unit is planned for 2023.

“The purchase of these new battery-powered locomotives marks an important milestone in the de-carbonization of Fortescue’s locomotive fleet and demonstrates our commitment to achieving carbon neutrality for Scope 1 and 2 emissions by 2030, as we diversify from a pure-play iron ore producer to a green renewables and resources company,” Fortescue CEO Elizabeth Gaines said. “The new locomotives will cut our emissions while also reducing our fuel costs and our overall operational expense through lower maintenance spend.”

“Fortescue and FFI [Fortescue Future Industries] are working together to demonstrate that renewables can power the energy needs of Australia’s mining and resources sector,” FFI CEO Julie Shuttleworth said.

“We are pleased to be working with the Fortescue team to determine the application, feasibility and suitability of battery-electric technology for deployment on their railway and to manufacture two of our BE14.5BB locomotives for this important project,” Progress Rail President and CEO Marty Haycraft said. “We look forward to continuing to support our global customers with innovative products and services to help them meet their sustainability goals.”