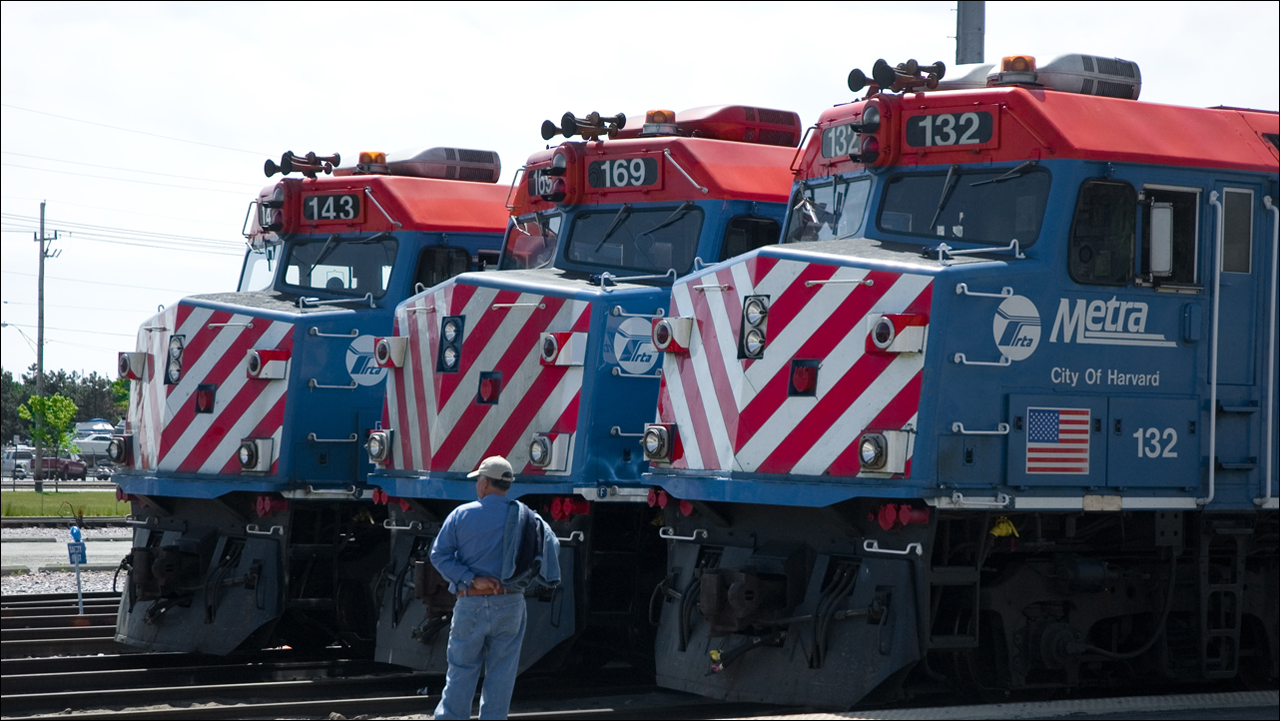 Chicago’s commuter rail agency is bargain-hunting as it looks to buy used locomotives to help bolster its motive power fleet.

On Feb. 21 Metra directors authorized negotiations to purchase as many as 21 locomotives at a cost of $1.3 million each that were most recently used by Amtrak in California and other West Coast lines.

Metra is also seeking proposals from manufacturers for new locomotives, for delivery in late 2020.

Metra Chairman Norm Carlson was quoted as saying the price for the power “[I]s wonderful. With a relatively small investment we can reduce operating costs and emissions.”

The F59 locomotives deployed by Amtrak were built by General Motors in 1998 and rehabbed in the past five years. They are also 10-25% more fuel efficient than Metra’s older power.

The agency noted that the Amtrak engines would not replace the Chicago-based fleet but would supplement it and reduce delays. Typically, 10 to 12 engines are out of service for overhaul, while five are in for installation of Positive Train Control equipment.

While the Board will decide on financing later this year, Metra has set aside about $15 million from cumulative fare increases that could be applied to the purchases, which would total about $27 million. Options also include borrowing money or using federal grants.