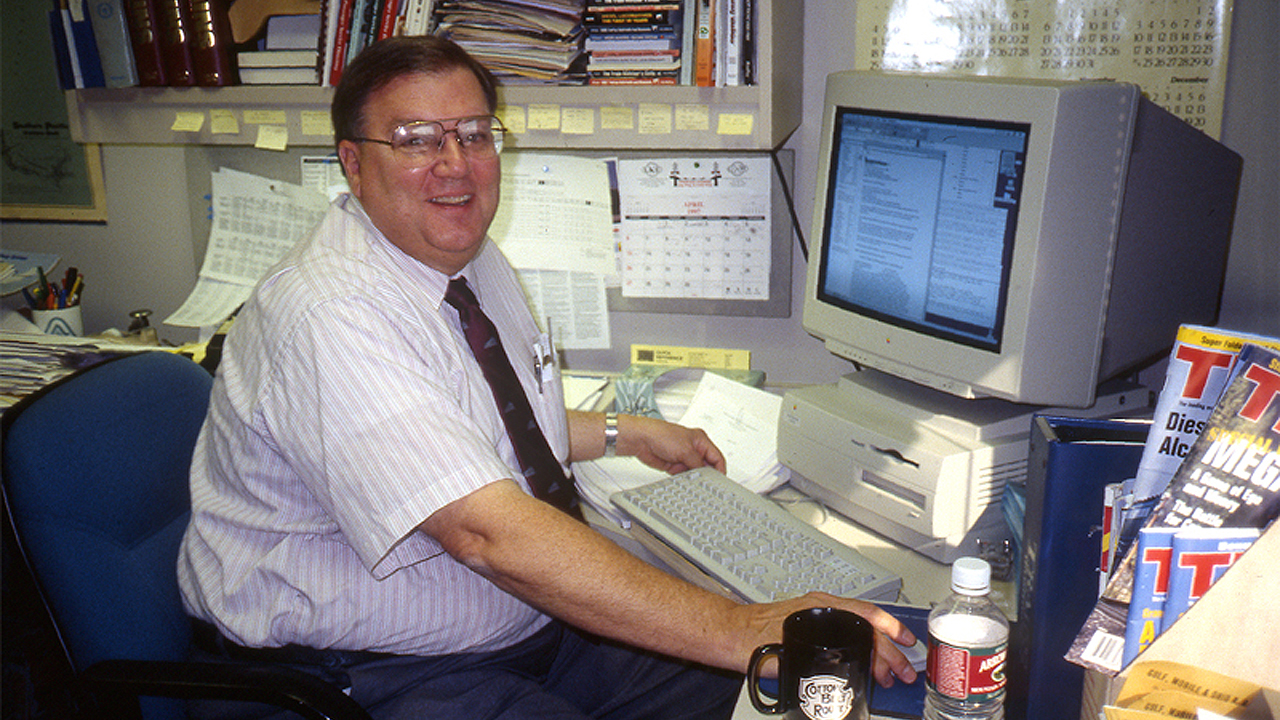 “The son and grandson of railroaders, Ingles was a lifelong rail enthusiast,” Classic Trains Editor Robert S. McGonigal wrote in Ingles’ obituary. “He grew up in Homewood, Ill., and Dearborn, Mich. After college and a stint as a newspaper reporter in Springfield, Ill., he joined the Trains staff in 1971 as associate editor. In 1987, upon the retirement of David P. Morgan, Ingles was named editor of Trains, a post he held until 1992, when he became the magazine’s senior editor. He retired from Trains as senior editor in 2005, but continued in that role for Classic Trains until 2018, when he transitioned to contributing editor, the position he held at the time of his death. At 47 years, his tenure is thought to be the longest of any Kalmbach Media employee.”

“Dave was, quite simply, one in a million. Meticulous as an editor, generous as a boss, supportive as a mentor, he had a ‘whatever it takes’ attitude I always attributed to his early days in daily newspapering. Maybe that’s one reason we hit it off so well—we’d both grown up in the chaos of a city room, trying to write or edit amid the cacophony of voices just a few feet away and the clatter of nearby wire machines. For a time, we were the only ones at Kalmbach with that shared experience.

“There are so many things I want to say about J.D.I. I mentioned his prowess as an editor. The guy was brilliant with a batch of raw copy. And there was nothing rawer, I fear, than some of the stuff I wrote when I first began working for him. At first his barrage of edits really set me back, left me a bit dejected, until I got over myself later and figured out what I could learn from him. That’s what great editors do for writers.”

Ingles is survived by his daughter Susan and two grandchildren. His wife Carol predeceased him in 2018.