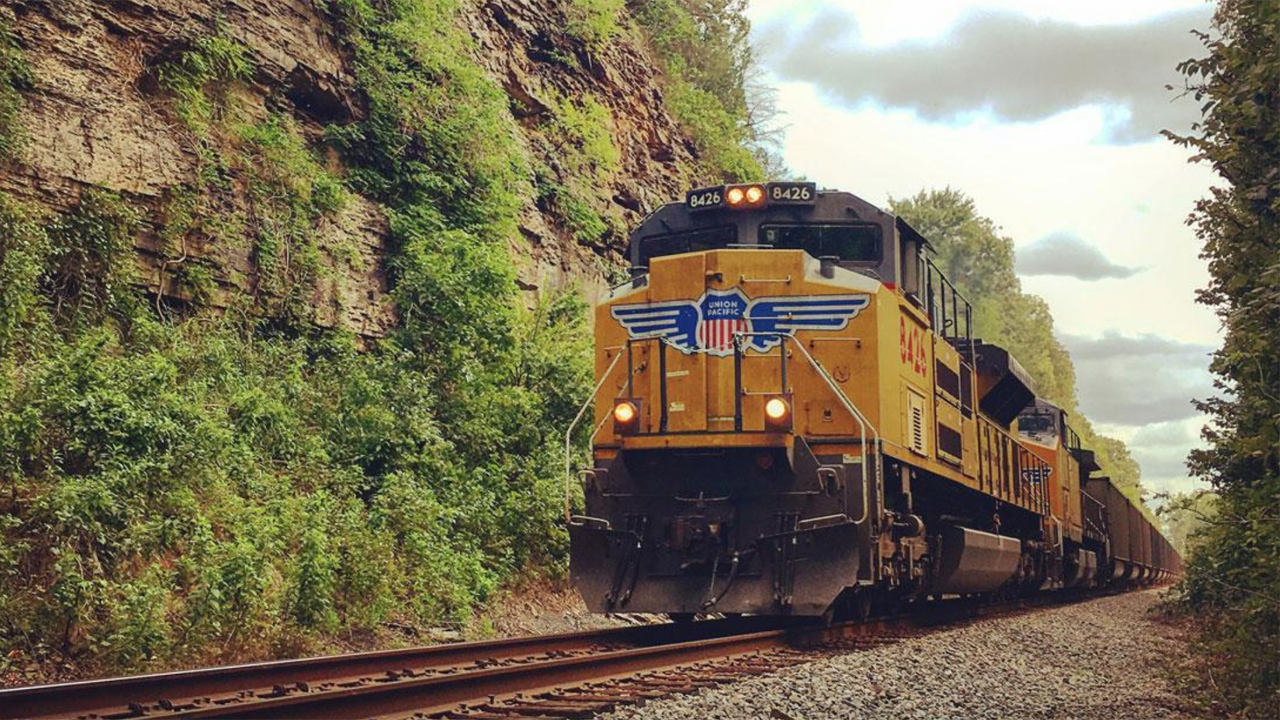 The Class I railroad reported on Aug. 19 that Progress Rail, a Caterpillar company, approved using up to 20% biodiesel blend in its units. Previously, the EMD 710s and 645s were approved to operate at 5%.

“The updated fuel recommendation comes after testing high-horsepower locomotives, used for hauling freight long distances, and monitoring performance for things such as fuel consumption, as well as impact on engine oil and fuel filters,” said UP, adding that Progress Rail is continuing testing and development.

The EMD units that can use the higher biodiesel blend are “across the UP system,” according to a railroad spokesperson, who told Railway Age she could not provide details on the number of locomotives or operating locations.

“Union Pacific is dedicated to reducing its carbon footprint, and this is another step toward achieving our long-term goal to reduce absolute scope 1 and 2 greenhouse gas (GHG) emissions 26% by 2030,” said UP Executive Vice President and Chief Human Resource Officer Beth Whited, who oversees the railroad’s environmental, social and governance-related efforts. “We continue to identify opportunities to increase low carbon fuel usage in our locomotives and appreciate Progress Rail’s partnership in our efforts.”

“At Progress Rail, we are committed to offering sustainable solutions by providing products that facilitate fuel transition, increase operational efficiency and reduce emissions,” Progress Rail President and CEO Marty Haycraft said. “Through continually investing in new products, technologies and services, we offer a wide range of fuel flexibility, making a meaningful, positive impact on the environment and supporting our customers in achieving their GHG reduction goals.”

According to UP’s 2020 Building America report, the railroad’s locomotives “produced 8,537,679 metric tons of GHG emissions in 2020, down from 9,688,964 metric tons in 2019 from decreased freight volume. This decrease was in large part due to the economic effects of the COVID-19 pandemic, combined with increases in operational efficiency and modernization of locomotives.” The railroad also overhauled about 175 locomotives “to meet more stringent emissions standards, and achieved a 14% increase in locomotive productivity compared with 2019.” In addition, it used more renewable and biodiesel fuel, and said, “a higher percentage of our emissions came from non-petroleum based products. Our biomass source emissions were 187,265 metric tons, including 98,930 metric tons, or 53%, from renewable fuels. This is an increase from 127,645 metric tons in 2019, which included 49,555 metric tons, or 39%, from renewable fuel. This rise is largely due to increasing renewable diesel consumption by almost 5 million gallons in 2020.”

In related news, Progress Rail in November 2020 teamed with Anacostia Rail Holdings subsidiary Pacific Harbor Line (PHL) to test its new EMD® Joule battery electric locomotive in the Ports of Long Beach and Los Angeles, Calif., during the second half of 2021.