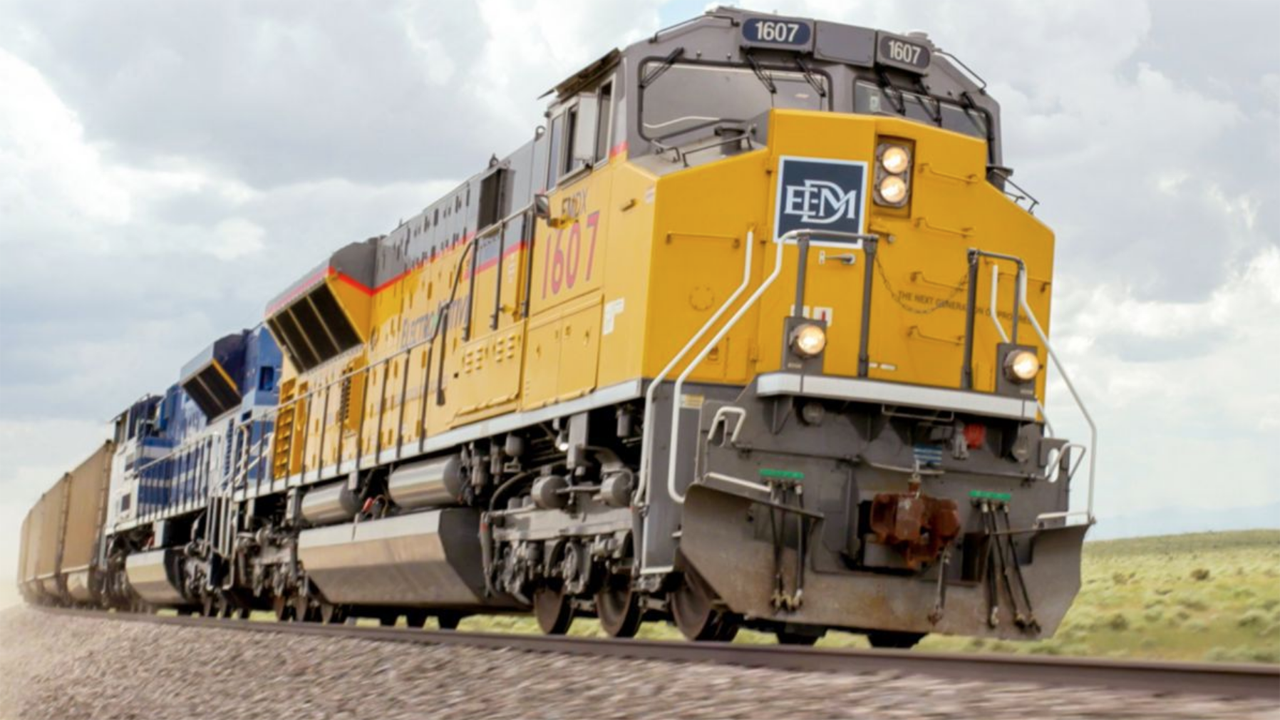 The company was sold to General Motors in 1930, where Hamilton helped design a locomotive to run on diesel fuel rather than steam power. After merging with another engine division at General Motors, EMC was officially renamed the Electro-Motive Division (EMD).

In 1939, EMD introduced the FT, a 1,350-hp diesel-electric locomotive. The “F” stood for Fourteen Hundred (1,400) hp (rounded up from 1,350) and the “T” for Twin, as it came standard in a two-unit set. Equipped with a two-stroke 567 prime-mover, a total of 1,096 were built—555 cab-equipped A units and 541 cab-less booster or ”B” units. The FT was the first locomotive in EMD’s successful F-unit series of cab unit freight diesels, and is credited with convincing many U.S. railroads that the diesel-electric freight locomotive represented the future. Widespread dieselization, however, did not occur until after World War II.

During World War II, EMD manufactured engines for the U.S. Navy, and after the war, continued to produce them for some of the nation’s largest railroads.

General Motors sold EMD to Greenbriar Equity and Berkshire Partners in 2005. In 2010, the company was sold again to Progress Rail—which Caterpillar Inc. acquired in 2006—and renamed Electro-Motive Diesel. A new freight locomotive that met EPA tier-4 emission regulations was unveiled in 2015.

EMD has delivered more than 75,000 locomotives around the world, with single engine power ratings as high as 6,000 hp, according to Progress Rail. It also provides engines for the marine, drilling and power generation industries.

Continuing EMD’s legacy, Progress Rail says it is investing in new technologies. In 2021, Caterpillar announced a memorandum of understanding with BNSF and Chevron to pursue a locomotive powered by hydrogen fuel cells, and in early 2022, BHP and Fortescue announced the purchase of Progress Rail’s battery-electric EMD Joule locomotives for Australian mining operations. Additionally, many EMD locomotives are also capable of using up to 20% biodiesel blends and are being tested with 100% biodiesel capabilities.

“EMD has a proud 100-year legacy of providing rail customers with proven technology and innovation,” says Martin (Marty) Haycraft, Caterpillar’s Senior Vice President and Progress Rail’s President and CEO. “We’ll continue to develop new ways to deliver premier locomotives to our customers, and we look forward to another century of helping our customers build a better, more sustainable world.”

For more on the history of EMD, visit the Progress Rail website.