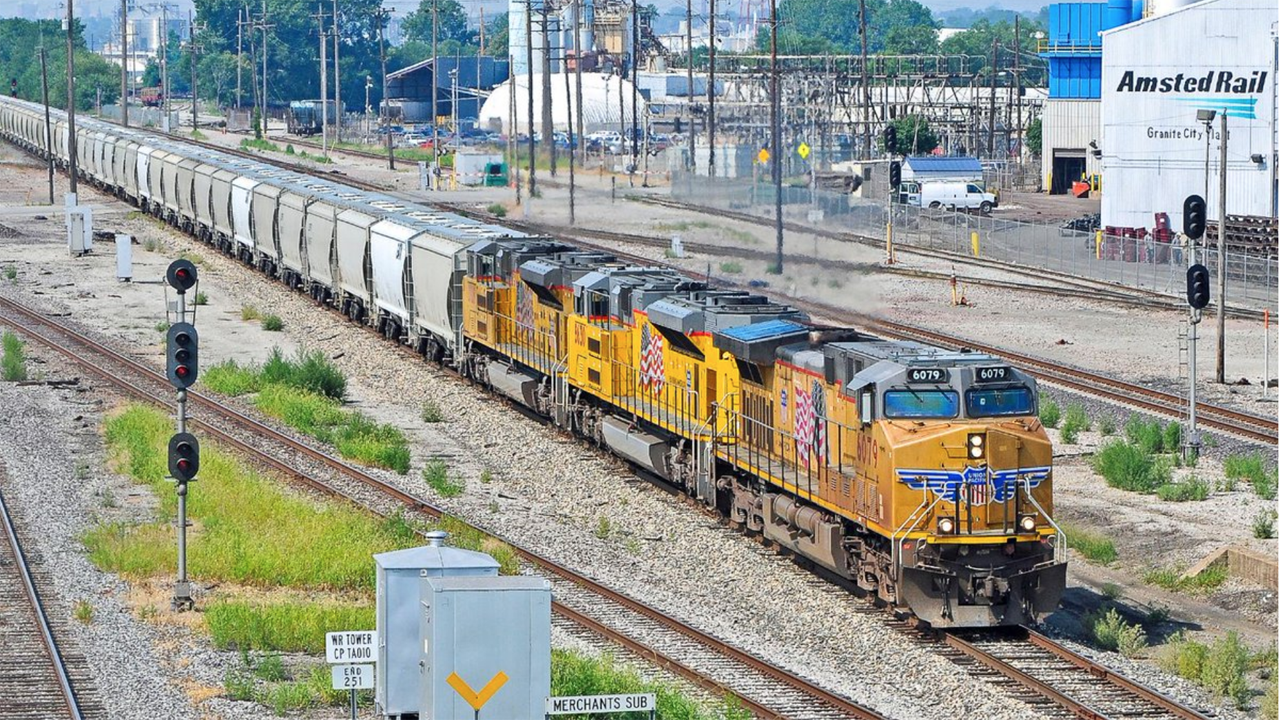 UP said it will start testing with B20 biodiesel and R55 renewable diesel on trains powered by Wabtec FDL engines operating in California in the second quarter.

Union Pacific (UP) will begin using a higher biodiesel blend in locomotives acquired from Wabtec, the Class I railroad reported on March 8.

While the units are in use system-wide, UP said it will start testing in the second quarter with B20 biodiesel and R55 renewable diesel on trains powered by Wabtec FDL engines operating in California. “As testing progresses, it is anticipated that higher percentages of biofuels will be used,” the railroad said.

Wabtec locomotives were previously approved for B5 R30 (5% biodiesel and 30% renewable diesel).

“Increasing the use of renewable diesels and biofuels currently represents the most promising avenue to help Union Pacific meets its environmental goals,” said Beth White, who became UP’s Executive Vice President-Sustainability and Strategy last month. “We want to drive emissions down as quickly as possible, and we believe this new project with Wabtec will make a difference.”

UP said it is working to increase the percentage of low-carbon fuels consumed to 10% of its total diesel consumption by 2025 and 20% by 2030; to meet its science-based target of reducing greenhouse gas emissions 26% by 2030; and to reach its ultimate goal of net-zero emissions by 2050.

“Union Pacific has a comprehensive ESG initiative, which includes the exploration of alternative fuels and emerging technologies,” said Bob Bremmer, Group Vice President for Wabtec’s Fleet Innovation and Transformation division. “Biodiesel and renewable diesel are important sustainable solutions for the rail industry both in the near-term and in the future.”

In August 2021, UP reported that Progress Rail approved the use of up to 20% biodiesel blend in the vast majority of ElectroMotive Diesel (EMD®) locomotives operated by the railroad: EMD 710 and 645 series units. Previously, the locomotives were approved to use up to a 5% biodiesel blend. “Progress Rail and Union Pacific are working together to test the higher biodiesel blend in the remaining EMD® fleet,” the railroad reported in its 2021 Climate Action Plan, released in December. “This is only the initial step. EMD® locomotives represent only approximately 40% of our existing locomotive fleet. To reach our goals related to the consumption of low-carbon fuels, we must reach a critical mass of our locomotive fleet compatible with higher blends of low-carbon fuels. Also, additional infrastructure investments may be required to facilitate the storage and use of these higher-blend fuels.