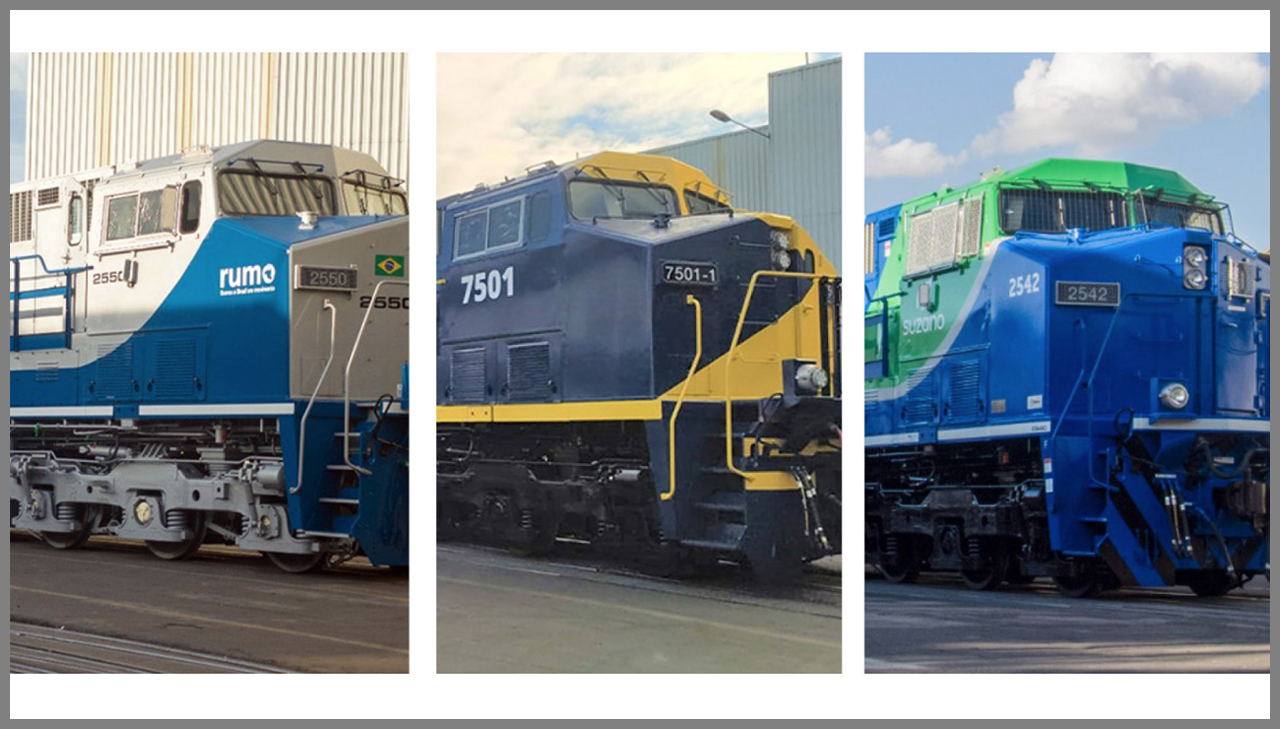 The aim of Wabtec’s newest locomotive, the ES44ACi diesel-electric, is “to improve Brazil’s heavy-haul rail network and drive sustainability,” according to the manufacturer. Suzano, MRS and Rumo have placed orders (pictured).

Following eight years of work with operators in Brazil’s rail market, Wabtec Corp. is debuting its new ES44ACi diesel-electric locomotive, with deliveries to Suzano, MRS and Rumo this month and next.

The aim of Wabtec’s newest unit, produced at its Contagem plant, is “to improve Brazil’s heavy-haul rail network and drive sustainability,” the manufacturer reported March 29. To date, it has secured orders for a total of 25 ES44ACis from Rumo, a logistic services provider for rail transportation, port elevation and warehousing, spanning the states of Mato Grosso and São Paulo, and the states of southern Brazil; MRS, a logistics operator that manages a 1,021-mile (1,643-kilometer) rail network in the states of Minas Gerais, Rio de Janeiro and São Paulo; and Suzano, a producer of eucalyptus pulp and paper, including coated and uncoated printing and writing paper, paperboard, tissue paper, market pulp, and fluff pulp.

Powered by the Evolution Series diesel engine, the ES44ACi reduces fuel consumption and emissions by more than 5% and produces “the same 4,500 horsepower with just 12 cylinders” compared with its predecessor, the 16-cylinder FDL engine, according to Wabtec.

“This represents greater energy efficiency and lower emissions, thanks to a project aimed at the thermal efficiency of combustion combined with a dual-intake air cooling system adopted in these four-stroke turbocharged engines equipped with electronic fuel injection,” Wabtec Vice President of Products Daniela Ornelas said.

Wabtec also said that the high-strength materials used in the ES44ACi improve engine reliability and “increase intervals for major maintenance by approximately 28%, lowering operating costs over the locomotive’s life cycle.”

“Our priority is to promote an increasingly sustainable operation, not only in the economic aspect, but also in the social and environmental aspects,” said Marcus Rogério Vianna Jorge, Director of Undercarriage at Rumo, which will receive the ES44Aci this month. “With the constant renewal of the fleet, we have gained in efficiency in the flow of agricultural and industrial loads, in addition to contributing significantly to the reduction of emissions.”

“MRS has been investing heavily in expanding its fleet to contribute even more efficiency to the national logistics system, generating gains in energy efficiency,” MRS General Manager of Maintenance Engineering Anelise Salzani said. “We are acquiring the ES44ACi because we expect it to be a locomotive with high power and lower diesel consumption. It incorporates two pillars of the company: the search for more productivity and the reduction in the volume of emissions, the consolidation of a more sustainable operation.”

In related developments, Wabtec on Aug. 6, 2021 celebrated modernizing its 1,000th locomotive in North and South America with delivery to Norfolk Southern of AC44C6M 4463, a rebuilt 1998-vintage GE Dash-9. The 500th modernization occurred in Brazil, at Wabtec’s Contagem plant, for Rumo and MRS. The final product was an AC44i converted from an AC4400 and repowered, with an EVO prime-mover replacing a 7FDL16. 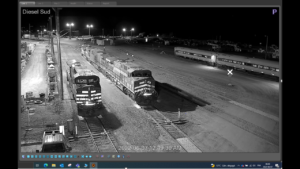