Florida East Coast Railway has become the first North American railroad to adopt LNG (liquefied natural gas) for its entire line-haul locomotive fleet. FECR on Nov. 9 officially rolled out its 24-unit fleet, consisting of 12 pairs of back-to-back GE ES44ACs with a purpose-built Chart Industries fuel tender in between, at Bowden Yard, Jacksonville. FECR, a Class II regional, is also the first railroad to haul LNG as a commodity, under a Federal Railroad Administration waiver.

LNG, which has been tested as a locomotive fuel for the better part of 25 years and is still under evaluation by several Class I’s, among them BNSF, works for FECR both as a fuel source and a commodity, for two reasons. One, the FECR line-haul locomotive fleet is captive, operating solely on the railroad’s Jacksonville-Miami main line. Two, FECR has a ready source of LNG: Florida East Coast Industries owns and operates an LNG plant in Titusville. The $250 million facility got the green light in January 2015; FECI affiliate Tico Development built the now fully operational plant at the south end of Titusville.

Reducing natural gas to its liquid form permits cost-effective transport over long distances; experts say LNG is one of the fastest-growing segments in the energy industry, with a 10% to 15% percent projected annual growth rate over the next decade.

The EPA Tier 3-compliant locomotives look no different than GE ES44ACs, but their GEVO prime-movers have been retrofitted by GE with its NextFuel™low-pressure technology. NextFuel™ Natural Gas Retrofit Kits “enable existing Evolution Series locomotives to operate with dual fuel capabilities,” GE says. “This gives railroads flexibility to run on both diesel fuel and LNG with up to 80% gas substitution as well as run 100% diesel. Our NextFuel™ kits allow railroads to use natural gas as a fuel source, reducing emissions and potentially reducing fuel costs by 50% while not compromising performance.”

The gas substitution method retains diesel for compression ignition purposes. A 100% LNG engine would require a spark ignition, like a gasoline engine.

The purpose-built, 149,600-pound (fully loaded) fuel tender is what sets these units apart from conventional locomotives. Specially designed and built by Chart Industries, they consist of a cryogenic tank permanently mounted in a railcar that looks a lot like an intermodal well car.

But a well car it isn’t. It’s much stronger, capable of deflecting a side impact from a tractor-trailer without damage. the car also sports a center sill much larger and heavier than a well car. Underneath, the carbody has no openings where, in a derailment, an errant rail that becomes a projectile comes up through the floor and punctures the tank. The design was extensively computer-modeled to simulate worse-case side impact and derailment scenarios.

The cryogenic tank, secured to the railcar and protected by a massive steel frame with collision posts, is like a giant thermos bottle. It’s really two tanks in one: An inner stainless-steel tank within an outer carbon-steel tank, separated by a layer of thermal insulation. Complex gasification equipment that takes the LNG and transforms it into a gas for the locomotives’ fuel injection system forms a web of valves and pipes. It’s a complicated setup—a real “plumber’s nightmare”—but it works well, and safely. Safety features also include valves that snap shut automatically if the LNG plumbing is damaged, preventing leakage.

LNG content is determined by weight, not by volume, hence the scales that are built into each fueling station. It takes 90 minutes to fill an empty tender. The tender car fuels its twin locomotives for up to 900 miles of heavy-haul service operating at a maximum speed of 60 mph. That’s good for one 700-mile round trip between Jacksonville and Miami, including idling time and potential delays, with fuel and time to spare.

FECR, under FRA waiver, is also hauling LNG in ISO containers. The bottom two photos show one of these units loaded in a conventional intermodal flat car.

The author gratefully acknowledges the contribution and assistance of former GE engineer Graciela Trillanes, who spearheaded this project, working closely with FECR and Chart Industries. Trillanes has since moved onto CNGmotive Inc., a company headed by former EMD engineer David L. Scott, as Sales and Marketing Director. 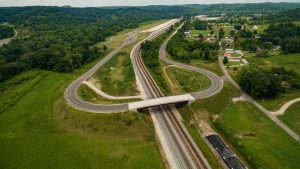 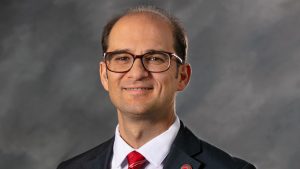